The restaurant located on the second floor above Earls on Kingsway has changed a number of times over the years. In recent times, it’s been the location of Fish on Rice, an AYCE Japanese restaurant. The problem that I find with AYCE restaurants is that, inevitably, things go downhill… quality goes down, selection gets cut back, and prices go up.

So when I noticed a new name plastered on the restaurant, I initially thought it was going to be another new AYCE Japanese restaurant and figured I should try them out before they went downhill (I know… a little jaded, huh?)

Entering the restaurant brought back many memories… they haven’t done much to change the layout or the decor… it’s pretty much exactly how it looked the last time I was in here a few years ago. I did notice that, unlike before, this wasn’t an AYCE place. It seemed to have a big Korean influence as noticed with the tabletop call bells and the Korean menu items… not to mention the tv screens filled with Girls’ Generation videos. 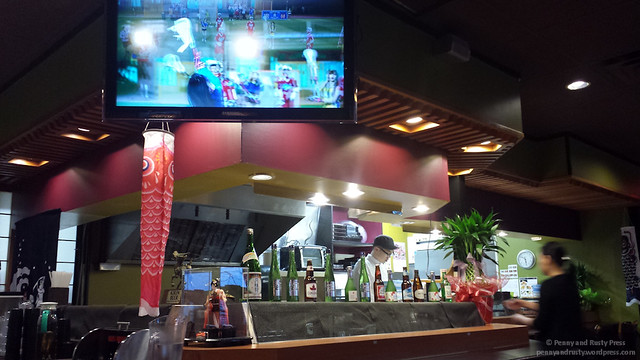 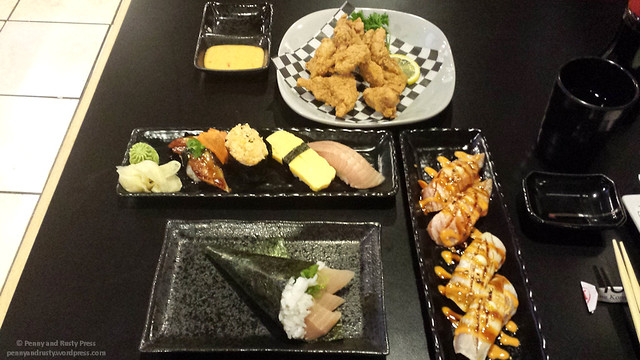 I started out with a Negitoro Cone ($3.50). Unlike others I’ve had in the past, they didn’t chop up the tuna. Instead, they used three slices of tuna with some green onions on the side of the cone. Chopped tuna would have been better. 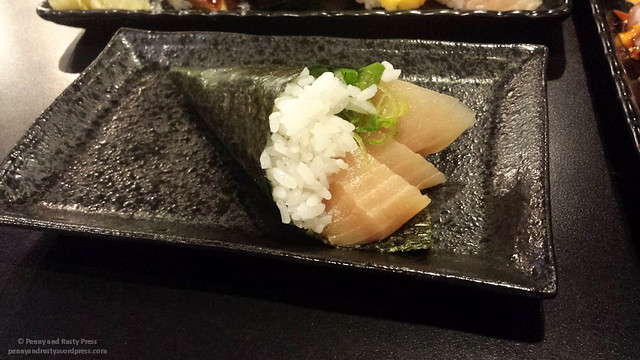 My nigiri consisted of Tamago ($1.30) which was okay but was missing a sweet finish, Unagi ($2.25) which was also ok, Toro ($1.75) which wasn’t very buttery and tasted more like regular tuna, and Chopped Scallop ($1.45) which was finely chopped. 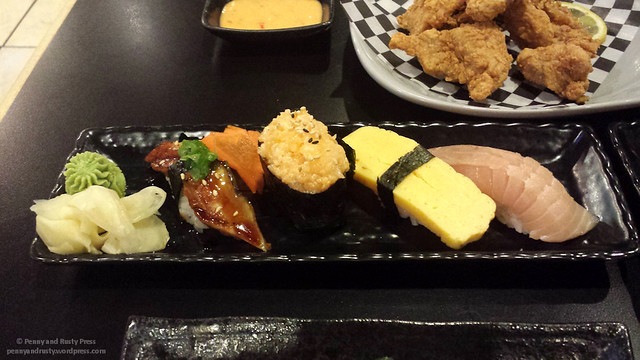 Overall, I felt the Chicken Karaage ($7.50) was done pretty well. The coating was light but crunchy while the chicken was moist on the inside. 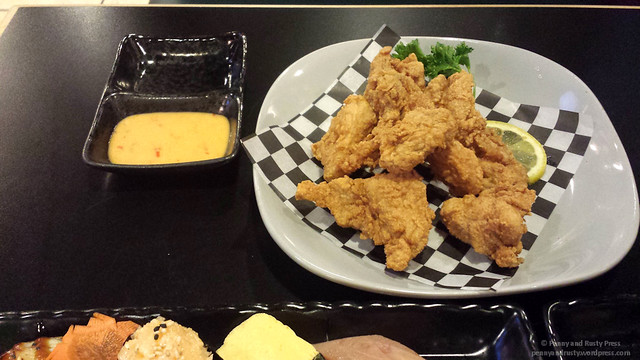 Last up for the night was the Aburri Tuna and Aburri Salmon ($3.45 for 2 pieces each). The slices of sashimi were thick and torched and then covered with a spicy sauce. I felt the salmon was slightly better than the tuna but nowhere near the aburri you’d find at Minami. 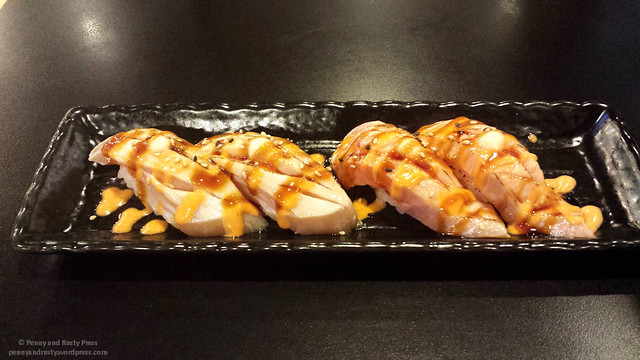 Overall, the Japanese food wasn’t much to write home about. I did, however, enjoy their chicken. Perhaps their Korean items are better?