S+L Kitchen & Bar is a newish restaurant (part of the Joseph Richard Group of restaurants) that’s located in Langley with a refreshing menu offering. 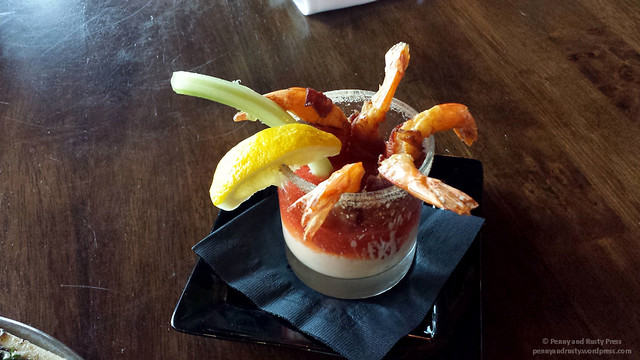 How about a Lobster Roll? The Lobster Roll ($5), as you can tell by the price, is a mini version made with spicy mayo in buttery oil with chives on top and served on a toasted roll. Although bite-sized, it was pretty good. 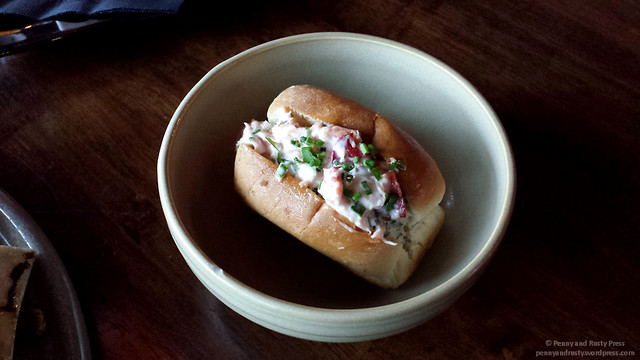 On the other side, the Mac & Cheese Sticks were much larger than I was expecting. They were more like bricks than they were sticks. 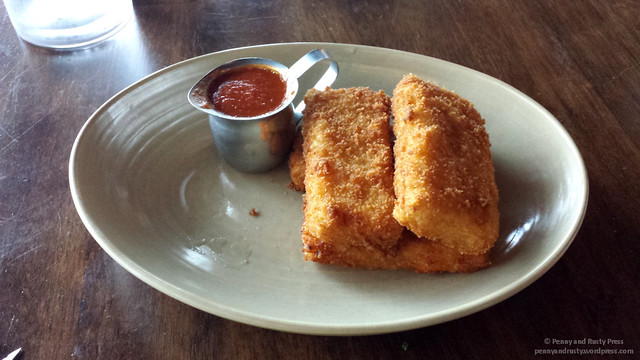 For my appy, I picked the Roasted Bone Marrow ($11). The three large pieces of roasted bone marrow are brûléed with maple sugar and served with crostinis. The bone marrow, while oily, was quite well prepared and was a good portion size. 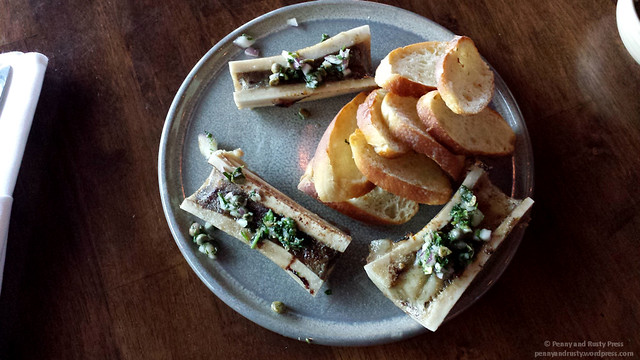 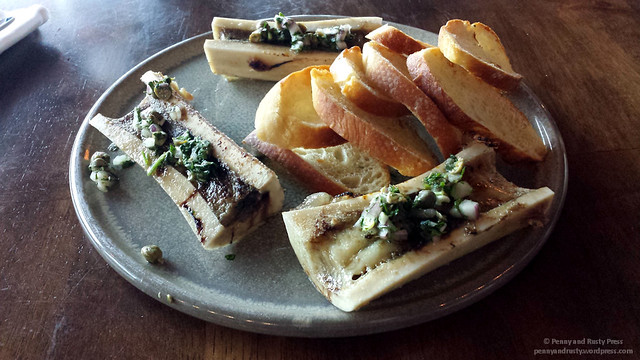 For my main, I picked the Zabuton ($25) which was a 6oz wagyu steak that was so tender that they named it after a Japanese pillow. Butchered in-house, I found the initial appearance to be unappealing given the almost perfect box-like appearance. However, once you cut into the steak, you see how tender and buttery it is. 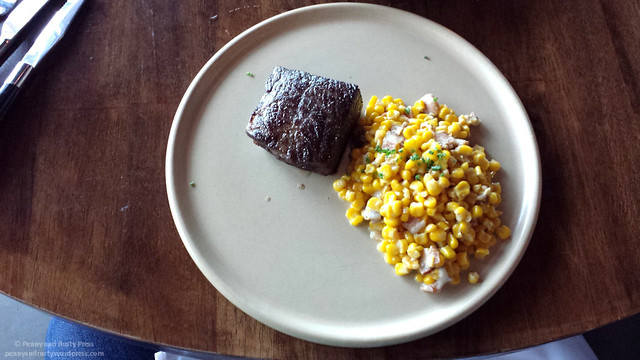 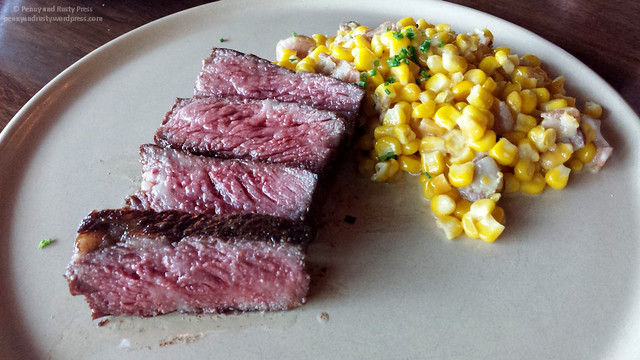 To add some more veggies to our meal, we opted for the Maple Bacon Brussels Sprouts. The brussels sprouts had an enjoyable caramelized coating and I really appreciated the sweet finish from the maple sauce. 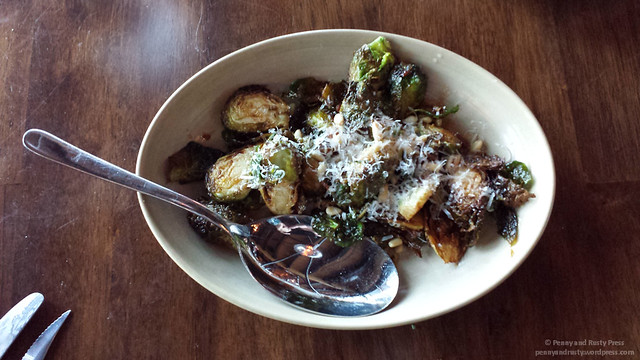 The 8oz Top Sirloin ($26), like the Zabuton, looked rather plain on the plate next to the large mound of mashed potatoes. I know that with a good steak, you really don’t need much else to adorn the plate. But call me weird… I just like a plate that has a little more presentation value. I mean, a couple of sprigs of greenery or veggies would have made this really pop. 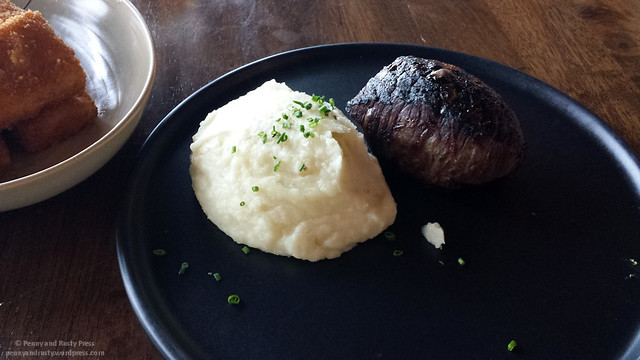 The Master Chicken dish ($19) is the signature dish that JRG Chef David Jorge obtained his MasterChef Canada title with. It’s served with mashed potatoes and more of that fabulous bourbon bacon cream corn. The chicken was nicely rendered and had a delicately crispy skin. I found that the chicken breast portion was on the dry side but it went well when paired with the brussels sprouts sauce. 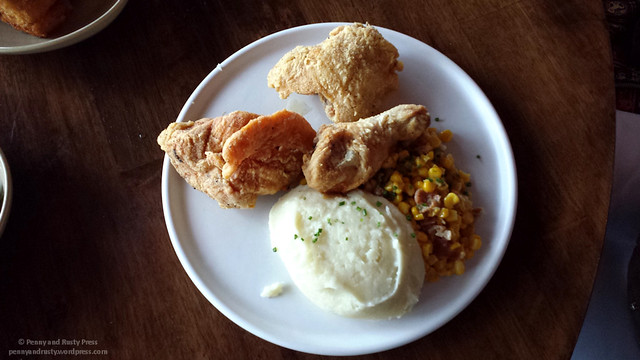 Lastly, we ended with the Apple Pie. Our friendly served said that it wasn’t very large but we found that we were already pretty full from all of the other dishes. There’s a nice crunchy top coating to the pie and it’s served with ice cream. 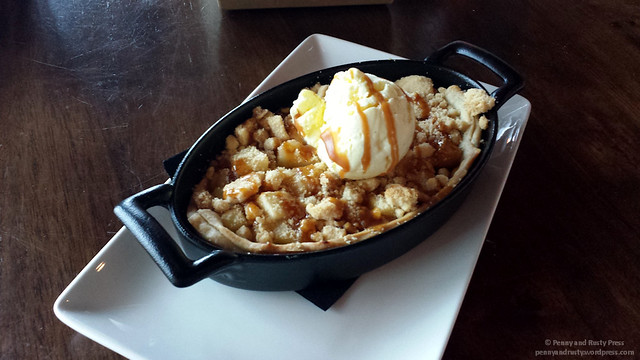 Overall, I was unexpectedly impressed with the food that we had. There were a lot of other interesting items on the menu that I wouldn’t mind trying out.