Sushi Garden is a very popular sushi joint. They recently opened a new location on Kingsway at the beginning of March. As I mentioned on their Metrotown location, I never really understood why they’re so busy.

I visited during the lunch hour in late March and the place was quite busy. Fortunately, dining as one is usually easy to accommodate. Unfortunately, it seemed like they were still working through some grand opening issues when I arrived.

As you can see, the serving size at Sushi Garden is generous. That’s probably why they’re so popular. 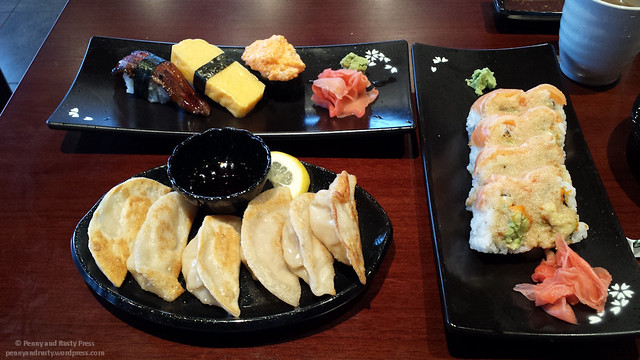 I ordered an Alaska Roll ($4.25) which turned out to be mainly avocado on the inside (it’s hard to see it because it’s drowning in sauce), salmon and tobiko. This roll came out immediately after I ordered it which indicates that it was pre-made (and probably one of their popular dishes). I wasn’t a big fan of it since the sauce, which was really creamy, overpowered everything. If you like saucy sushi, you might like this… the price point is fair… just not something that I enjoyed. 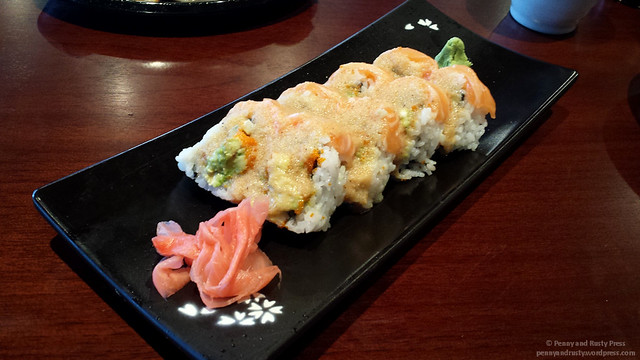 I also ordered some Gyoza ($4.25). Again, a good price point. It’s difficult to find bad gyoza so I thought this would be a safe bet. In reality, only one side had a slightly crisp exterior while the remainder was a bit doughy. The filling was also a bit meh. 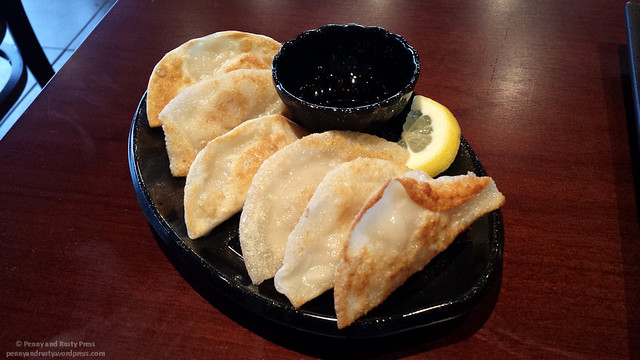 So, after that fiasco, I asked for their unagi ($2), tamago ($1), and chopped scallop ($1.35). The unagi was a bit dry and not as buttery as you would expect. They didn’t have their house tamago… and you could tell that this was not very good. There was no flavour and not the slightest hint of sweetness in the egg. Oh, and the rice fell apart when I picked it up too. As for the chopped scallop, it was the best of the bunch with a pleasant creaminess (but the scallop pieces seemed a bit too small).

Oh, did I mention? The pathetic excuse for ginger was horrible – hard and crunchy like it wasn’t even fresh. 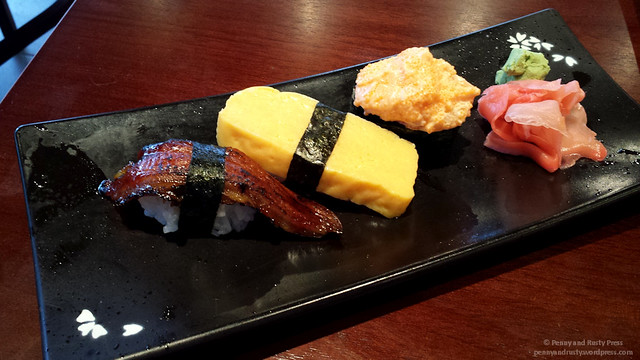 Last up is the Kaki Fry ($4.95) – supposedly deep fried oysters. When this dish first arrived, I initially told the waitress that I didn’t order it because it looked like it was jalepeño poppers. These seemed too well formed to be fresh. Sure enough, the tiny oysters inside didn’t turn out very well. 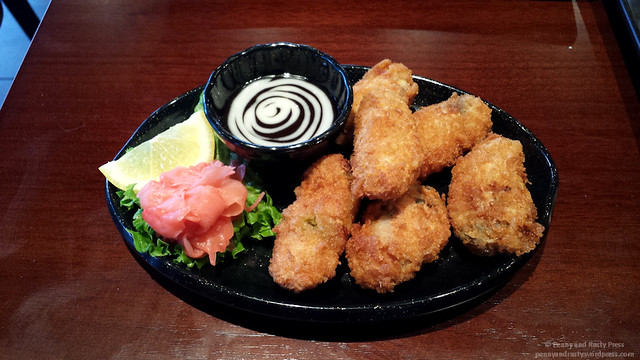 Sushi Garden seems to be one of those places that’s more about quantity than substance.