After seeing countless pics of the food and drinks at Fondway Cafe on social media, I knew that I would eventually need to try this place out.

It was late in March that I finally made my way to Fonday. Located across from Metrotown, behind the Skytrain station, it seems to be a favourite of students and locals. The decor is interesting with high ceilings and a long wooden table in the middle of the room with smaller unique tables strewn about. I had a bit of trouble initially figuring out where their menu was. 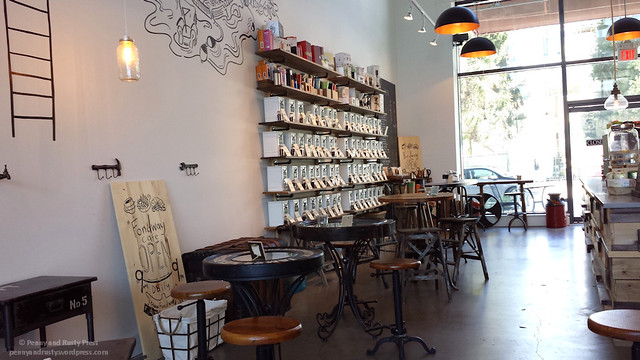 Okay, I admit that I ordered the Hot Matcha Tea Latte because I thought it would make a good picture. It was indeed a good contrast of colours but I thought they could do a better job with their latte art. The matcha flavour was quite strong so if you like matcha, this is probably a good choice for you. 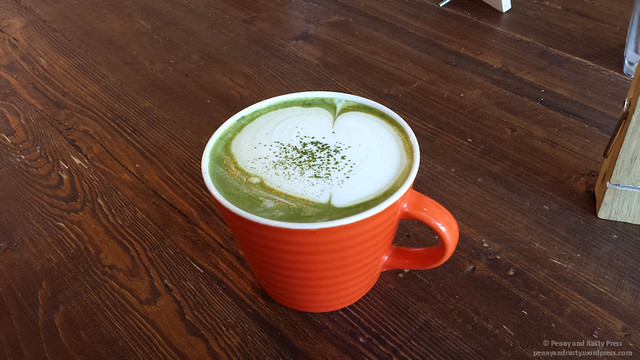 For my lunch, I added the House Turkey on Multigrain. The sandwich was made fresh so it took a little while to make. They heated it up for me and it was pretty good but I did find that the sandwich fell apart easily. 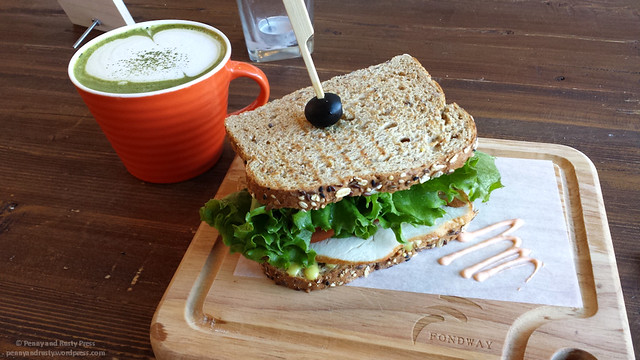 There was plenty of lettuce in the sandwich but not a lot of meat. Inside they also had tomato, sliced egg, and thinly shaved cucumber with mushrooms(?). 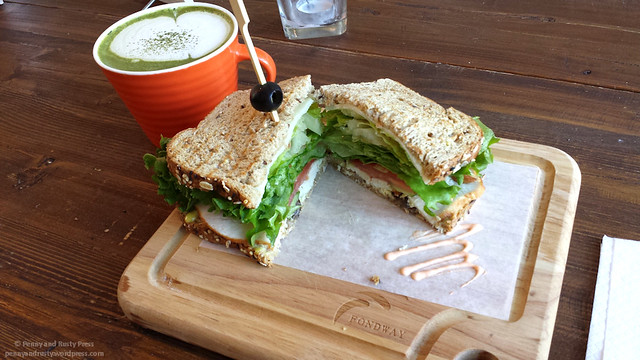 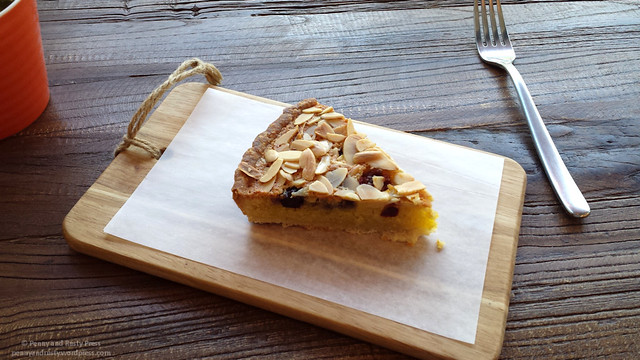 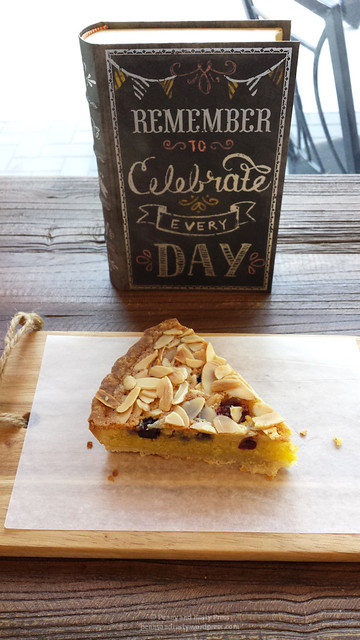 I ended my meal with a Berry Almond Pie.

I saw on social media that they had a lot of different cakes and pies but this one was the only one that caught my fancy on the day I visited.

I had them heat it up for me, which is a good idea. The pie had some nice crunchy almond slices on top while the inside was light and airy. The spongy interior was very light in flavour as well.

Overall, the food was okay, nothing really spectacular.