South Burnaby has always had a distinctive lack of good breakfast options… aside from fast food places like McDonald’s, A&W and Burger King. Jules Cafe on Rumble is not bad but sometimes I’m looking for something a bit different.

Fortunately, Cora opened up in early April in the old Applebee’s location in the Highgate Mall. Cora is a popular chain that pretty much specializes in breakfast fare and is known for their fresh fruit themed dishes. Having dined at both their Richmond and Coquitlam locations previously, I made sure to visit their new Burnaby location as soon as they opened.

Starting off with a Small Mango Banana Smoothie ($3.65) – this was really small… pretty much a child’s size. 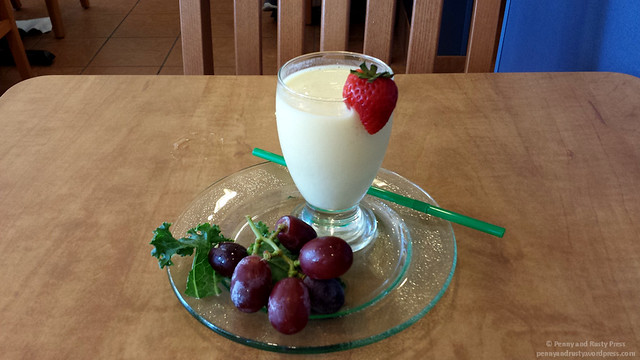 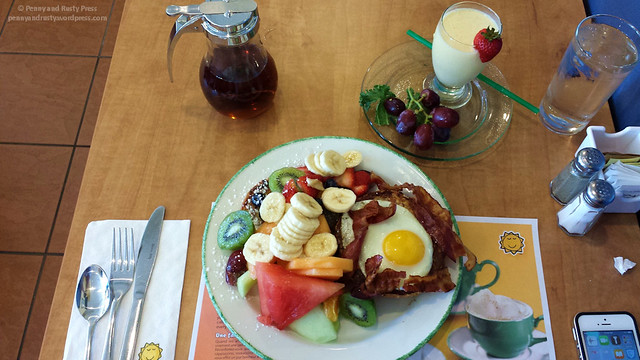 If you like variety in your breakfast, this is the way to go. It’s got a little bit of everything: bananas, strawberries, grapes, kiwi, pineapple, cantaloupe, honeydew, blueberries, mandarin orange slices, and watermelon… not to mention the three strips of bacon and fried egg on top of the thick french toast. Despite the abundant amount of fresh fruit, this is hardly the healthiest breakfast given the calorie count… but it’s still tasty. The fruit is fresh and the thin bacon strips were crispy but I found the french toast wasn’t the best. 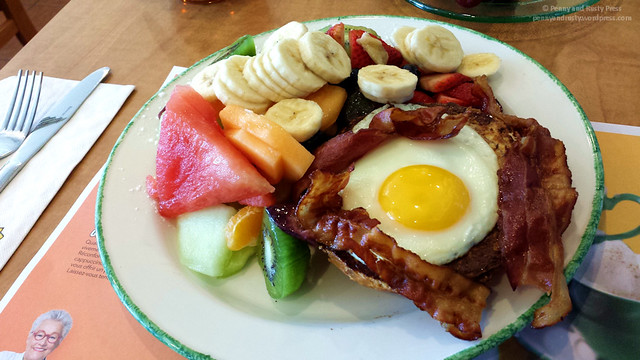 I came back for breakfast the following week and started with the Hot Chocolate ($2.95) since it was cold outside. Nothing like whipped cream to make your morning better. 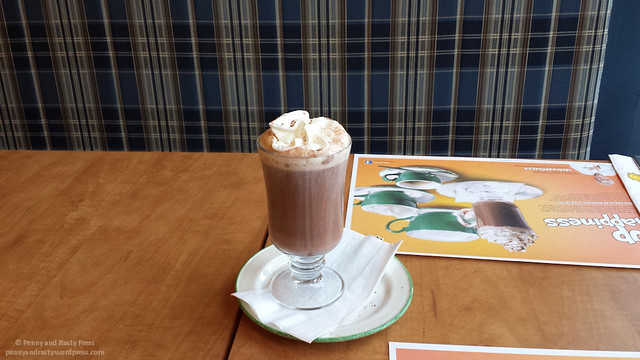 This time I went for the Smoked Salmon Benedict with 2 soft poached eggs ($16.45) – you can order 1-3 eggs and they ask you how well done you want your eggs, which is nice. They also have early bird specials if you visit before 8 am. 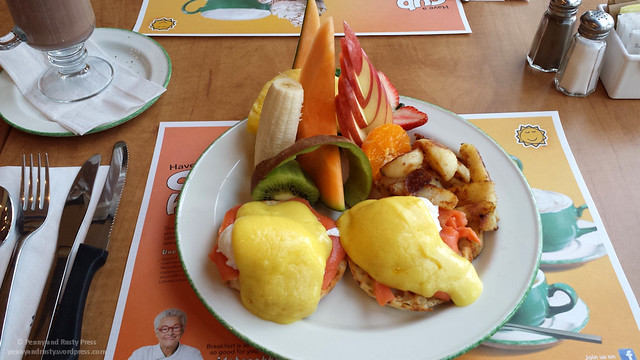 My eggs were prepared just how I like them… with a glorious runny yolk. Meanwhile, the muffin had a slight crisp to it which helped to stand up to the hollandaise sauce and runny yolk. I felt the potato wedges needed a bit more crispiness for my personal preferences. 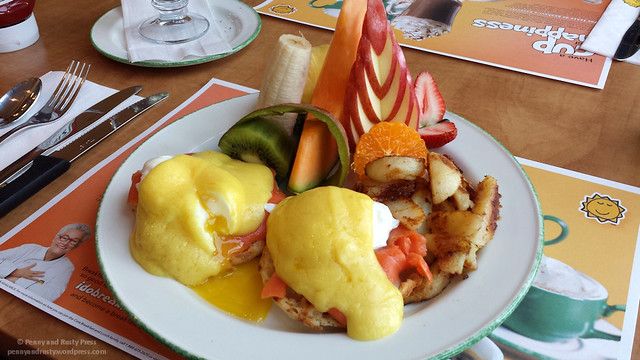 A few days later, I brought my sweetie here for breakfast on the weekend. As expected, they were quite busy but we managed to find a table within a few minutes. 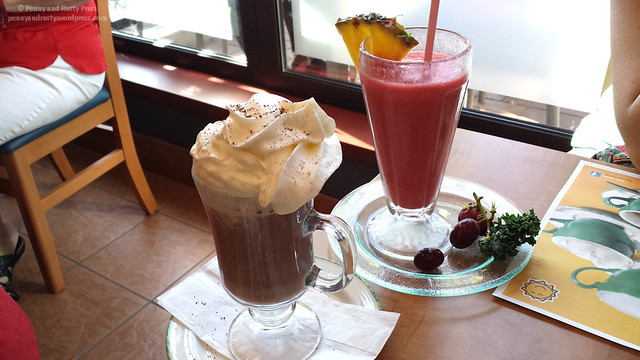 I wanted to try some different dishes so I opted for the Breakfast on a Cheddar Crepe. These thin and light cheddar crepes were really good but deceptively filling… especially when combined with the bacon, sausages, and eggs. 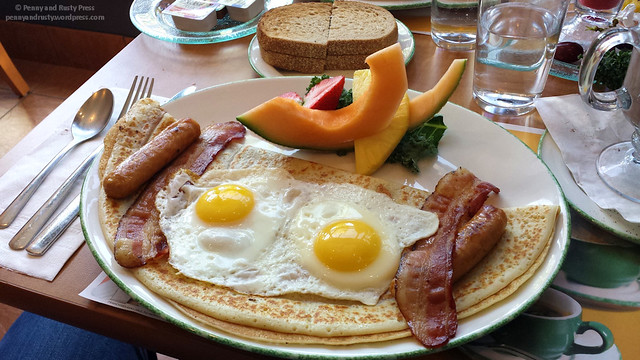 Overall, I’m quite pleased that they’ve opened up in Burnaby. As with their other locations, they still need to work on their service. Despite having a number of people working the floor on our visits, it seemed like each person had their designated duty and it seemed a bit inefficient at times (especially when lineups started to build up). Perhaps it will get better over time with some more experience.