Aree Thai has been on my radar for quite some time. It’s located in a fairly non-descript section of Kingsway so I always wind up driving by it without stopping. Our visit was actually prompted by an aborted attempt to go back to Oka-San on Fraser. As it turned out, Oka-San was closed due to unforeseen circumstances so we headed over to Aree Thai to grab a late lunch.

I guess that I shouldn’t be surprised that it wasn’t busy given that the restaurant is located in the middle of nowhere. When we were given our menus, I immediately noticed that many of the items on the menu were crossed out. I also found that the tables seemed slightly too high making it a bit uncomfortable to sit at. 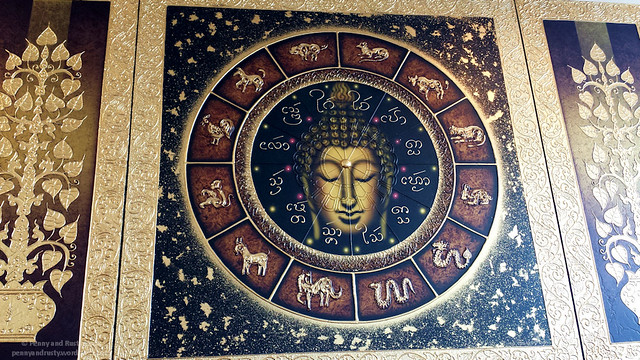 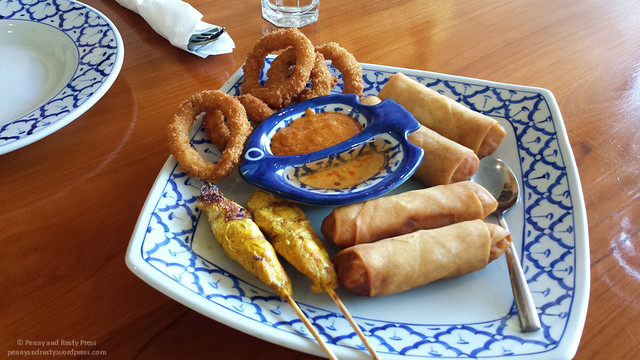 Next, we tried their Pad Thai Original ($10.96 + $2 for prawns) with egg, tofu, and bean sprouts stir-fried in a tamarind sauce. 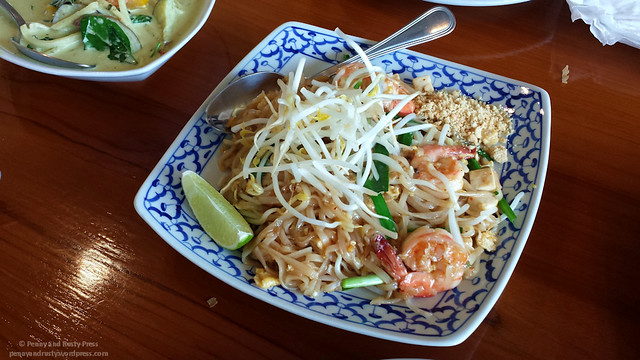 We also tried their Green Curry Chicken ($10.96). The curry sauce was quite creamy and had bamboo shoots and eggplant. I actually quite enjoyed their version and you can specify the level of spiciness that you desire. 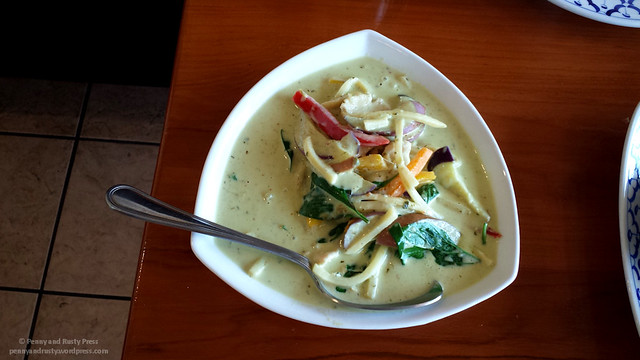 Overall, the food that we tried was pretty good. I think it would have been much better if they weren’t out of many of the menu items however.