Seoul Cafe is an interesting Korean restaurant that’s located across from Metropolis at Metrotown on the same block as Miss Saigon and Satomi.

The thing that drew me here in the first place was their interesting bibimbap options. Although they serve chicken, turkey, shrimp, and oyster bibimbaps, I decided for something more traditional for my first visit and picked the Bulgogi Bibimbap ($8.99) along with a cold citro tea ($3.59) 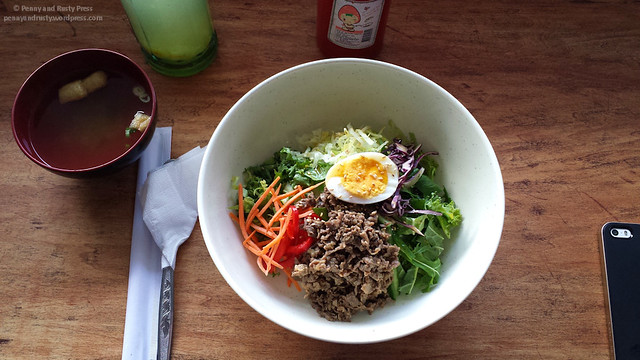 The cold lemony tea was quite good although the rinds did get stuck in my straw a bit. My meal also came with a really good complimentary soup with fish puffs – it was a bit peppery but tasty.

As for the bibimbap, the rice and beef were a bit dry but better when I mixed it with the pepper sauce. The veggies were a bit different than what you’d find with other bibimbaps but, overall, pretty good. I would have preferred if it came in a stone bowl and crispy rice… but that’s just me. 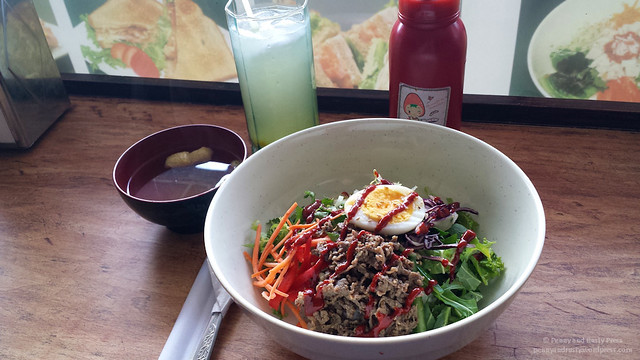 I decided to come back a few weeks later to try some other dishes. The Ebi Sunomono ($4.25) was a generous serving portion but I found that the shrimp were a bit too firm (like they weren’t fresh).

The Dduk Bokki ($4.99) is a popular Korean snack made from rice cake and sweet red chili sauce (gochujang). On the surface, they look very similar to Chinese rice rolls but the similarity stops at the shape. The dduk bokki rice cakes are solid and dense and have a mochi-like consistency. You definitely put your chewing muscles to work when you eat these. The sauce was mildly sweet with a heat that grew as you continued to eat but never becoming overly spicy. This dish felt really carby and is probably best reserved for late-night snacking. 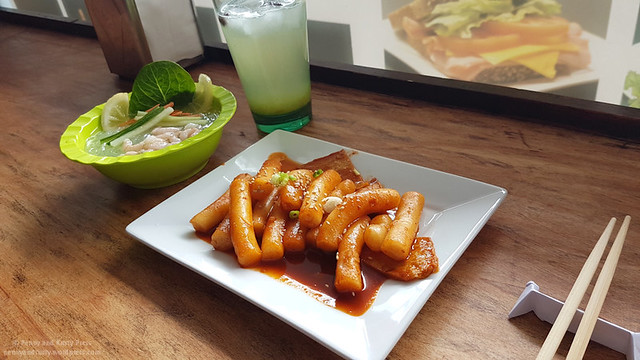 The Pork Dumplings ($4.99) arrived freshly steamed. Overall, they were just okay and I found the wrapper a bit thick. 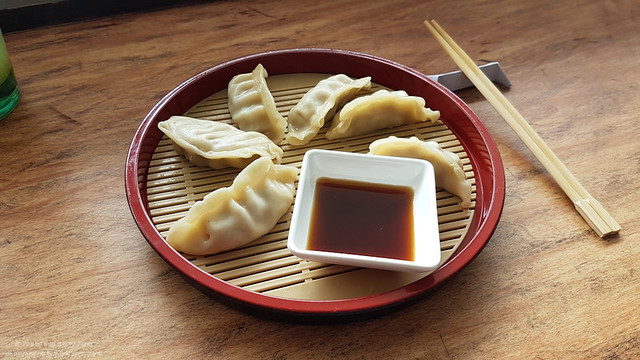 Things are a little hit-and-miss here. I haven’t tried their snow milk ice desserts but they do look interesting.