Barcelos Flame Grilled Chicken recently opened up in the Market Crossing area of Burnaby. Interestingly, as soon as I walked inside, I felt like I had walked into a Nando’s.

I mean, seriously… WTF? There’s a Nando’s just across the street! Even the chicken logo that they use looks suspiciously like Nando’s.

In any case, we started by ordering at the counter. It was difficult to read the menu because part of the menu was off to the side so you had to stretch your neck to really see it. Afterwards, we found a booth and waited for our food to arrive. The booths have high seat backs which cuts down on the amount of natural light in the back of the restaurant.

While we were waiting for our meal to arrive, we noticed that the sauces that they had tableside also looked like Nando’s. 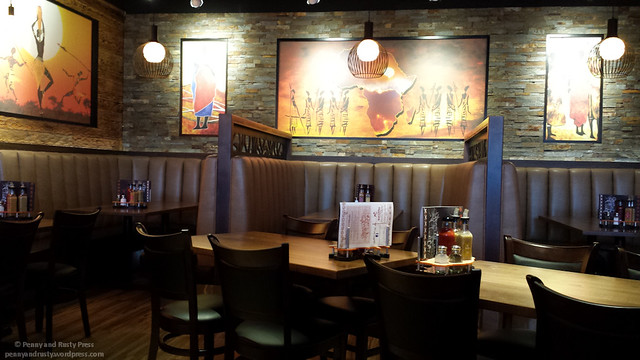 We ordered the Peri Plate #2 which came with 1/4 leg, 4 wings, kebab, and 2 sides for $13.49. Honestly, while cheaper than Nando’s (Nando’s has always seemed overpriced to me), I still thought most of the pricing at Barcelos was still a bit high.

The chicken skin was pretty good but not too spicy (we had opted for medium). Fortunately, the peri peri sauce that they had at the table helped to kick it up a little.

For our sides, we picked the peri fries and the coleslaw (they were out of corn). I felt that the fries tasted just like regular fries and weren’t very spicy. At first, I thought the coleslaw was pretty good but noticed that they used too much sauce and the crunchyness was soon drowned by the sauce. If they eased up on the sauce a bit, it would have been much better. 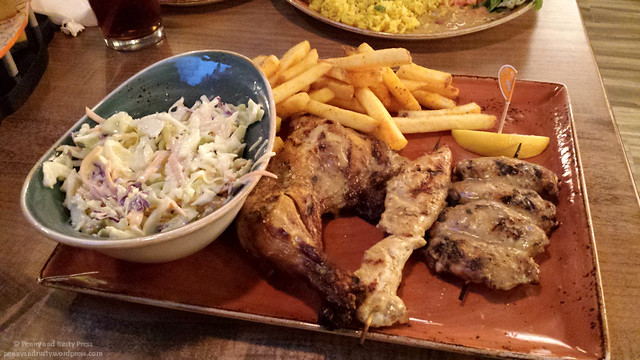 We also ordered the Fiesta Feast with rice, chicken filet, lettuce, tomato, and sour cream ($11.49). It was almost like a chicken burrito without the burrito. I was a bit skeptical about the sour cream and tomato mixed with the lettuce and rice but was mildly pleased with this dish. 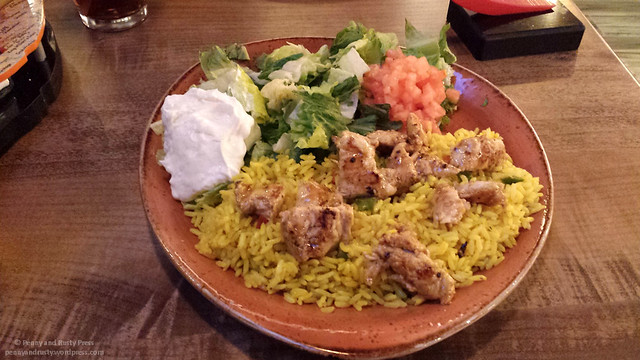 If you’re inclined to eat at Nando’s, you might want to try out Barcelos… they are marginally cheaper. Things might get better after they work out a few of the grand opening issues.

We came back two months later and retried the Peri Peri Plate #2… this time with some roasted veggies and corn on the cob (yay for roasted corn on the cob slathered in butter!). Again, the wings and chicken leg were pretty good. 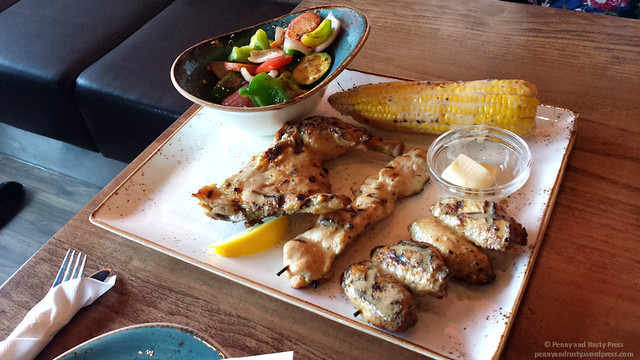 This time, I opted for the Peri Chicken Caesar Pita ($6.99). It’s a little disappointing that this doesn’t include a side dish. 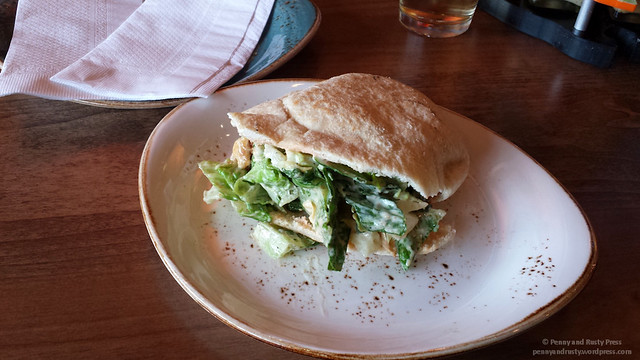 The pita filling was spot on… creamy and with a medium heat to the chicken. 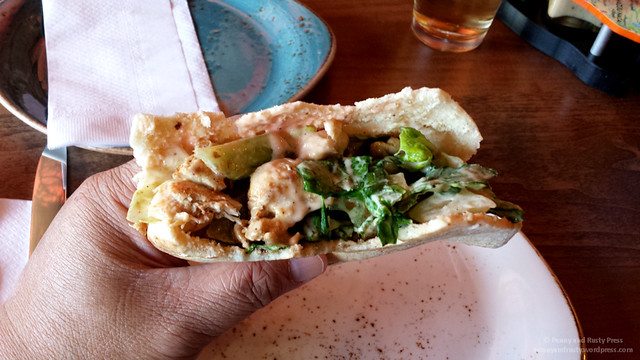