I mentioned previously that I was happy that they opened up a Dinesty Dumpling House in Burnaby… so I figured I’d better make the most of it and come back for a revisit. This time around, we wanted to try some of their other dishes.

For those of you that are on a gluten-free diet, you might want to skip this first dish. Kao Fu with Mushrooms, Peanuts, and Bamboo is basically wheat gluten… I really liked the texture of these gluten pieces. They don’t have much flavour on their own and absorbs the flavours of the sauce. 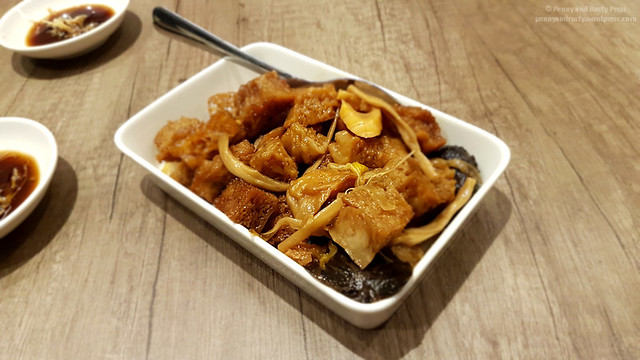 Next up was the Jellyfish and Cucumbers. I was really hoping this would be better than it was. The jellyfish had a very crunchy texture which was distracting (definitely not squishy). I think I would have preferred if the jellyfish were sliced. Also, the cucumbers could have been cut thinner as well. 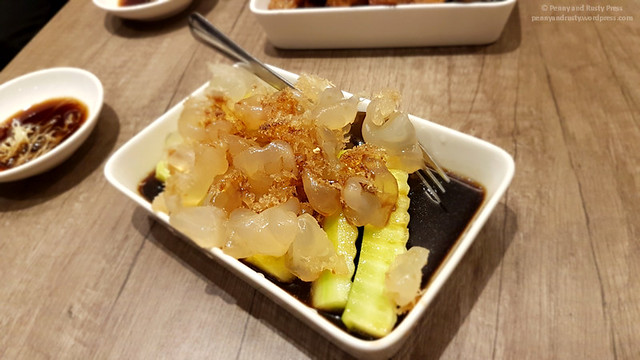 The Pan-Fried Pork Buns had a really crispy crunch on the bottom while the top of the buns were pillowy soft. The filling on the inside was similar to the ones you get with the steamed pork buns and were nice and juicy. 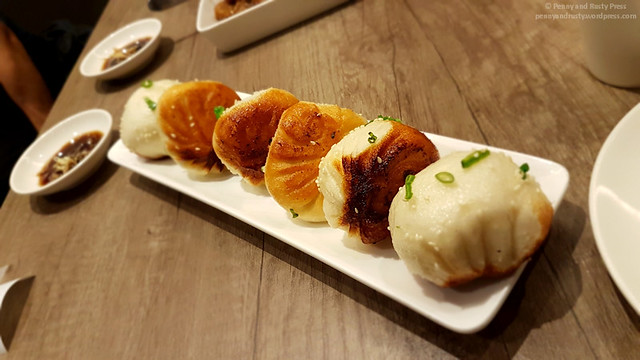 You can’t come here and not order their Steamed Pork Buns. Really thin wrappers with an ample amount of soup on the inside. 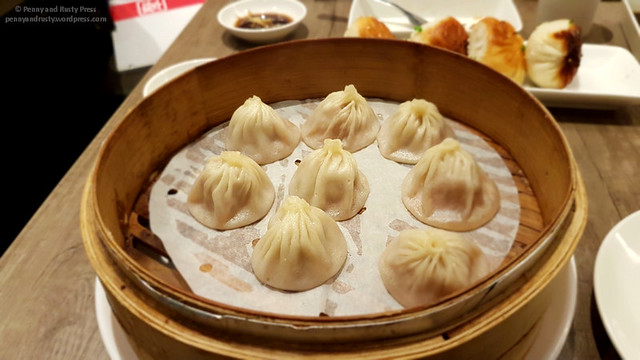