Isami Sushi is a hidden gem in Burnaby. With an address on Kingsway, you wouldn’t be faulted for not noticing it… especially since the storefront is actually located on McKay Street.

Apparently, it’s not as hidden as I thought because it was fairly busy during my first weekday lunch. Fortunately, the interior is rather large so I didn’t have trouble getting a seat (I actually sat at the sushi bar so I could see them prepping the sushi).

I decided to try some of their sushi and picked their assorted sushi set which included a tuna roll along with various nigiri: ikura, tobiko, salmon, tuna, ebi, hamachi, scallop, and tai. Then I rounded things out with a gomae salad. 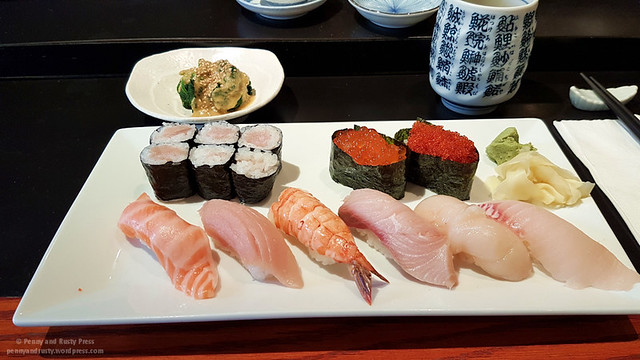 The salmon was very buttery smooth while the tuna was also pleasantly fresh. I loved the clean texture of the scallop. I found that most of the sushi had a hint of sweetness to the taste. The tai was quite firm in texture… not sure if it’s red sea bream or red snapper. 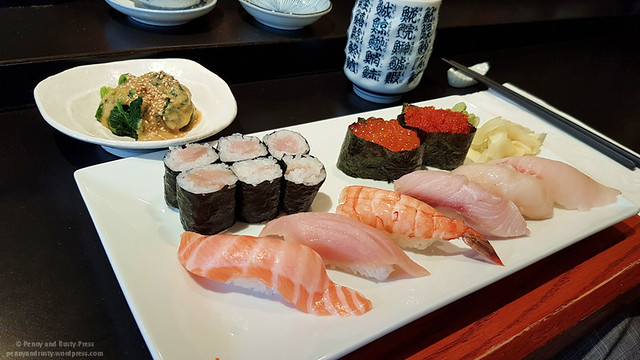 I came back the following week to try some other dishes. Since I really enjoyed their nigiri, I decided to try their sashimi and ordered the Assorted Sashimi ($9.80). There were a lot of the same items that I had previously with the nigiri but I didn’t mind.

My plate came with salmon and tuna that, again, had a smooth and clean finish. The scallop sashimi were served with thin slices of lemon which imparted a slight citrus flavour to the scallop pieces. I found that the tako was a bit chewy, like the surf clam. Again, the tai sashimi was firmer in texture than the other pieces. 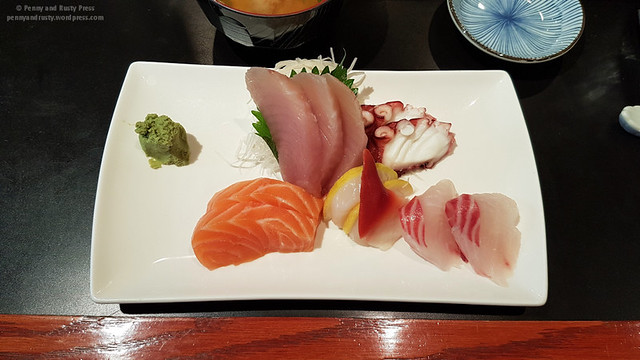 To finish things off, I ordered their Chicken Karaage ($6.95) which turned out to be bone-in chicken wings. Fortunately, they did indeed taste like karaage and also came with rice and salad. The wings were nice and crispy and served on a really cute plate (check out our Instagram feed for a better picture that we took of this dish). 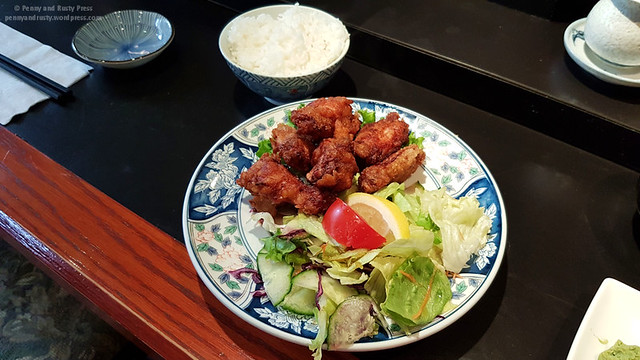 On my second visit, I arrived a bit before noon to avoid the lunch hour rush and their were plenty of tables to choose from (but I still stuck to the sushi bar).