Satomi Sushi is a relatively new/updated restaurant located on Kingsway, across from Metropolis at Metrotown. It’s on the same block as Sushi Garden but, for my money, it’s a better alternative.

The first thing that I noticed when dining here in early June was that they served aburi sushi… not only that, but you can order them by the piece. If you live in Vancouver, you’ve probably heard about the aburi sushi popularized at Miku and Minami – basically nigiri sushi that’s had a slight flame-sear to the fish to bring out the flavours, in addition to sauce or other accompaniment on top.

I opted for the Aburi Tuna and Aburi Salmon ($2 each) on my first visit. The salmon was very tender with a bit of spice from the sauce. The tuna was okay but not as buttery as the salmon. 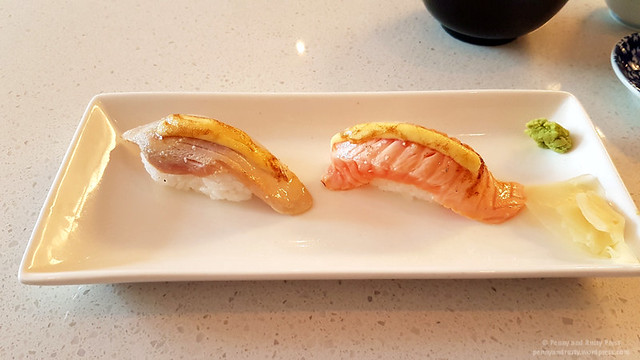 I also tried the Lunch Box B $11.95) which included the chef’s choice of sashimi (which turned out to be standard tuna and salmon), beef teriyaki which had a bit of nice caramelization to the thinly shaved meat, tempura (green bean, prawns, carrot, zucchini, and squash/yam), as well as steamed edamame and a green salad. There was a fair amount of food in this set and the sashimi was clean, fresh, and served at the right temperature. 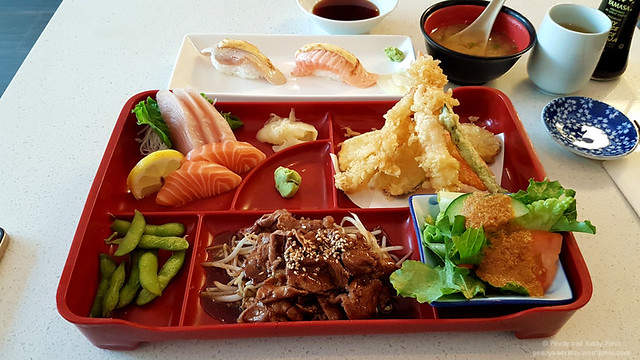 I liked the place so much that I came back for a revisit at the end of June to try more aburi and some other dishes. 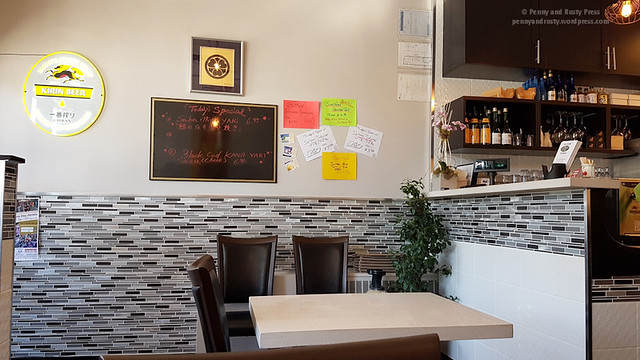 This was the Chicken Karaage Teishoku (teishoku means pre-set meal similar to the ones they have at Aotoya Blue Door). For $10.95, it included a green salad with a tart but refreshing ginger-carrot dressing, a really good miso soup with real seaweed (instead of those ones served with small dehydrated bits), a pumpkin/squash side dish, pickled radish, and rice. The chicken was boneless with a light batter that kept the moisture on the inside. If anything, the batter was a bit dry… but not in a bad way. 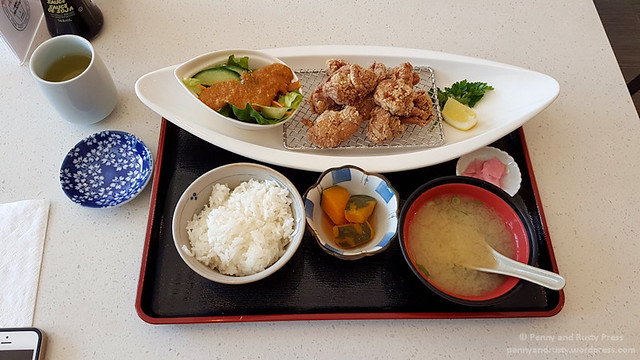 Ahhh… aburi! Salmon, Saba (mackerel), hotate (scallop), and spicy scallop ($2 each). A pretty fair price in my opinion. The salmon and scallop were quite tender. 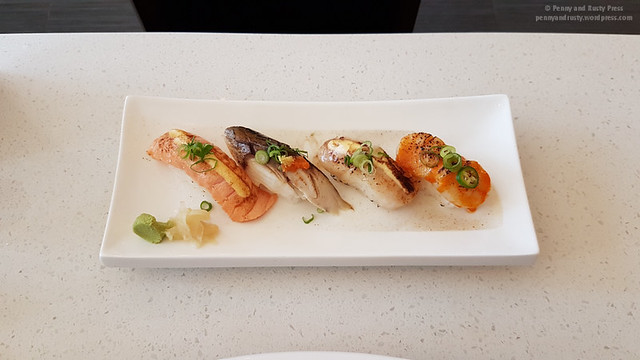 Overall, some pretty solid eats at a fair price. I would pick Satomi over Sushi Garden any day. 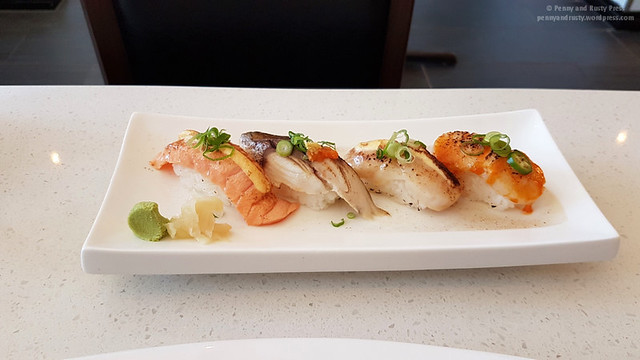