I generally detest the parking lot in Crystal Mall, which I’ve mentioned many times in the past. But we found ourselves in the area in early June and noticed Victory Seafood and figured we’d give it a shot. In truth, I never even knew that they opened here (but I tend to get lost in Crystal Mall’s confounding circular layout).

First up was the Rice Roll with Minced Meat and Chinese Donut ($5.79). The name is a bit deceiving as I think the “minced meat” they refer to is the shredded pork floss on top. The rice roll sheet was silky and the Chinese donut had a nice crunchy interior. However, this would have been much better if it was served with peanut and hoisin dipping sauce instead of just the soy sauce. 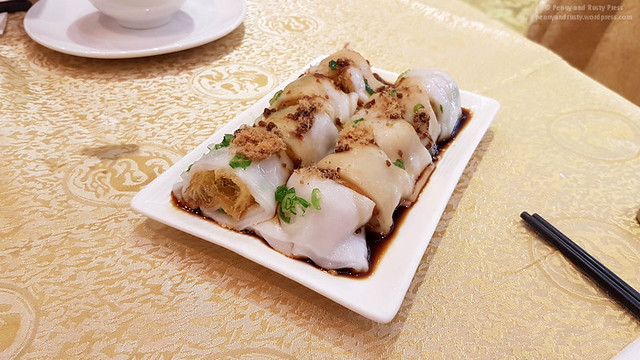 The Steamed BBQ Pork Bun ($4.99) was soft and puffy on the outside but the filling on the inside was dry, bland, and needed more sauce. 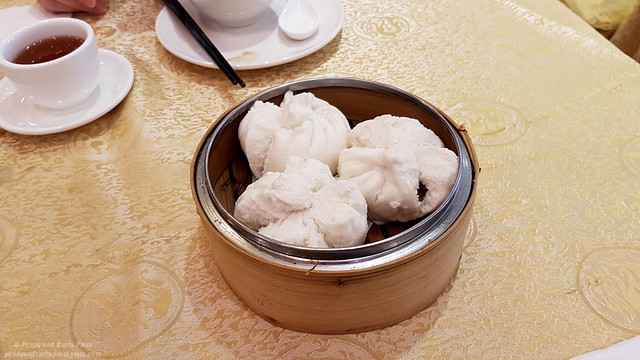 The best part of our meal was the Osmanthus Pudding with Litchi and wolfberries/goji berries ($4.49). This was more like jello than pudding and it was also a bit confounding to eat with chopsticks… you need real chopstick skills to pick up these without slicing through the jello completely. 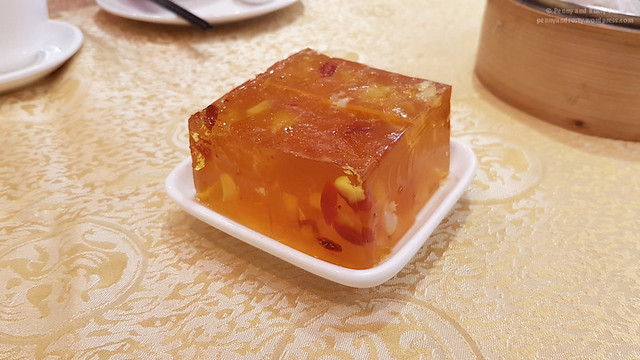 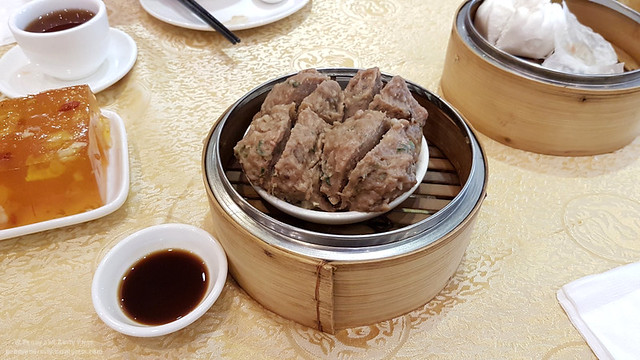 The Radish and Shredded Taro Cakes (4.49) was very, very dry. At first, I thought that it might have been a mixed radish and taro cake but they were actually 2 radish cakes and 2 shredded taro cakes. Now, I know wu tao go can be a little bit drier than lo bak go, but the taro cakes seemed like they were just shredded taro pressed together into compact bricks… way too dry! 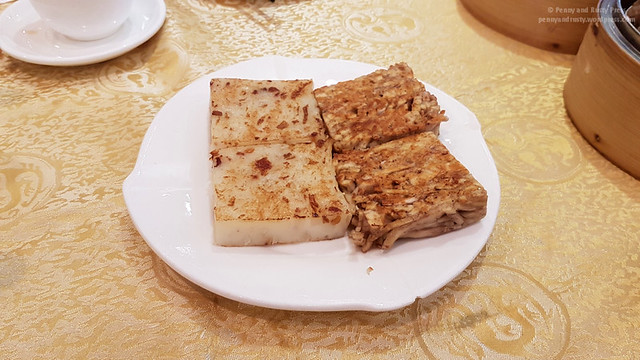 I know that I should know better than ordering xiao long bao in a non-Shanghainese restaurant, but we did wind up ordering the Shanghai Steamed Juicy Pork Dumplings ($4.99). They’re using the term “juicy” very liberally here. All of the dumplings had super thick skin but they had all burst before getting to our table… hence, there was no juice (except for the puddle on the bottom of the dim sum container). This was a really sad excuse for XLB… They should just go outside to nearby Xu’s Wonton House in the food court and order some XLB to-go and serve them instead of trying to make it themselves. 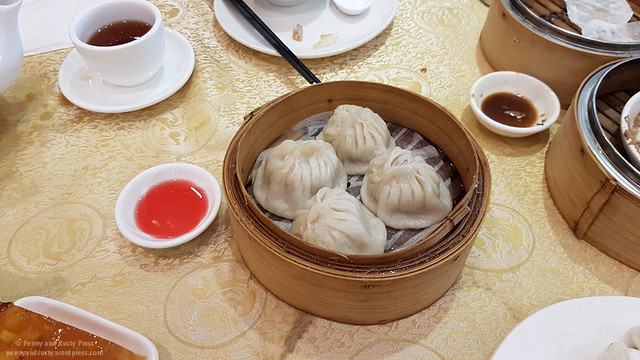 Finally, we ordered the Steamed Rice with Pork Ribs and Chicken Feet ($6.50). This was a rather small bowl and everything tasted a bit plain. 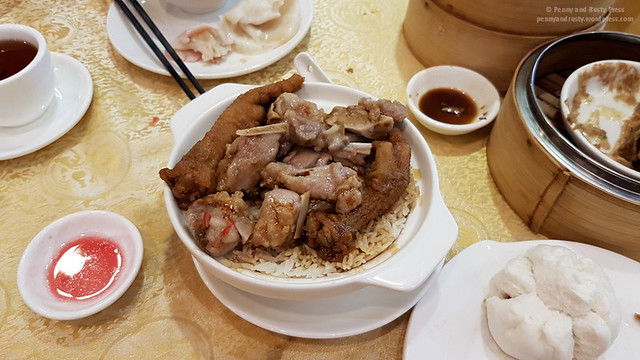 Overall, not the friendliest service (even compared to other dim sum restaurants) and the food isn’t that great either. They also wound up charging us $0.50 for two small take out boxes. This restaurant wasn’t very busy during our dim sum visit (Saturday around noon), which speaks volumes about their food. The restaurant looks like it could be an upscale restaurant, but the lack of service and food quality says otherwise.