Portland is usually known for one kind of food… donuts! But they also have a good selection of Thai restaurants… and you can’t think of Thai food in Portland without mentioning Pok Pok. Pok Pok is to Portland Thai restaurants like Phnom Penh is to Vancouver Vietnamese restaurants.

First off – the bad… This place is super busy! That’s usually a good indicator for a restaurant but the waits here are probably unjustified, or at the very least, unnecessary. In the picture below, you can kind of see what I mean. The restaurant, located in the Richmond area of Portland, looks like it’s part house/part make-shift tenement. When we arrived, there was a twenty minute wait… just to put your name down on the list! WTF! I mean, seriously, why should it take 20 minutes just to put your name on a list? The real reason is part of the problem… they’re not efficient. They had 2 staff at the front whose sole purpose seemed to be taking names. But, for some reason, they took an extremely long time to go through the line up of people.

When we finally made it to the front of the line, we were told it would be another 30-45 minutes to get a table. Herein lies the other main problem… They would constantly send people to their Whiskey Soda Lounge located nearby to have drinks while waiting for a table. The problem is that it takes time to notify a party that their table is ready, then have them finish their drinks, then walk back to the restaurant. We saw countless tables sitting empty while we were waiting… in some cases, it took 20-30 minutes before the party would finally arrive. Heck, we could have sat at those tables, eaten, and be on our way before the other party arrived. It was actually another 60 minutes before we finally sat down. 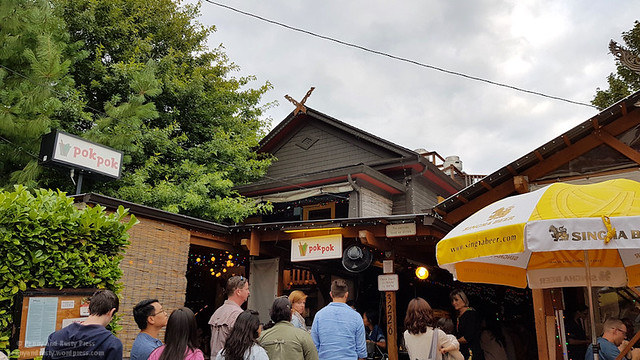 If you’re lucky, you’ll get a seat on their patio or near a window where the lighting is better. We were sent to the basement in the back (in the bar area). Seating is very tight as they try to squeeze as many people in as possible. Needless to say, lighting was pretty bad. But let’s get onto the food… or more accurately, the drinks. The Cha Manao ($4.50) is their Thai version of iced tea with fresh lime juice and the Naam Manao ($4.50) is their version of a freshly squeezed, sour and sweet limeade. 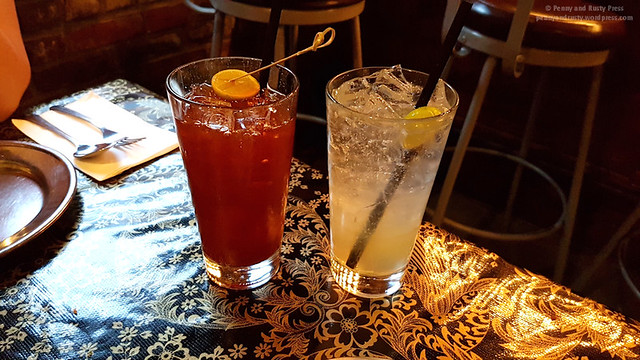 The Muu Sateh were pork loin skewers (from Carlton farms pork) marinated in coconut milk and turmeric, then grilled over charcoal and served with peanut sauce, cucumber relish, and grilled bread. The bread didn’t do anything for me but the skewers were quite good. After waiting over an hour, I was pleasantly pleased that the food was indeed good. 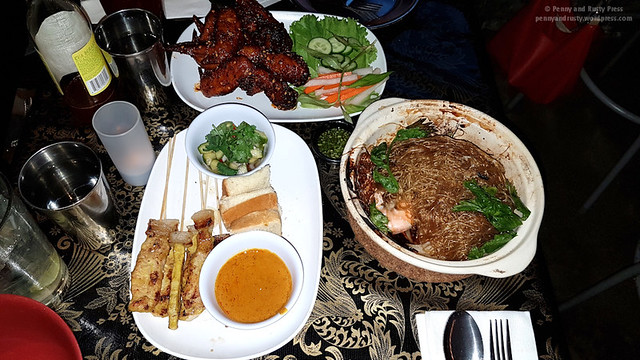 Ike’s wings is almost as famous of Phnom Penh’s wings, both of which are served with the wing tips intact, but they are vastly different in taste. Ike’s version is marinated in fish sauce and sugar and then deep-fried and tossed in caramelized Phu Quoc fish sauce and garlic. The result is a sweet, sticky, and very bold flavour. It also makes the wings feel like a heavy meal. I doubt that I could eat more than 3 of these wings in one sitting, despite how good they tasted. 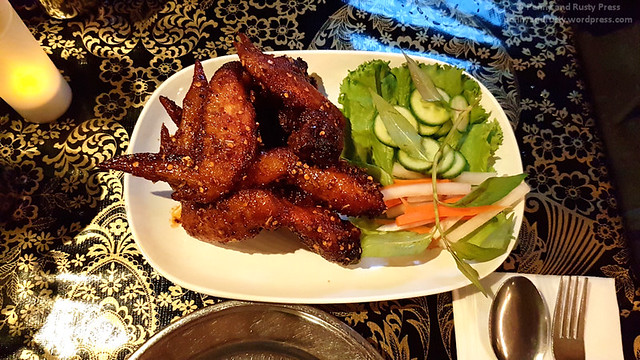 The Kung Op Wun Sen was a clay pot filled with wild gulf prawns (hidden under the bean thread noodles in the picture below) that’s been baked over charcoal and mixed with thinly cut pork belly, ginger, cilantro root, Chinese celery, black pepper, and soy sauce. The noodles had an interesting dry texture that was surprisingly good since they weren’t dry from lack of flavour. The large gulf prawns were also really good in this dish. 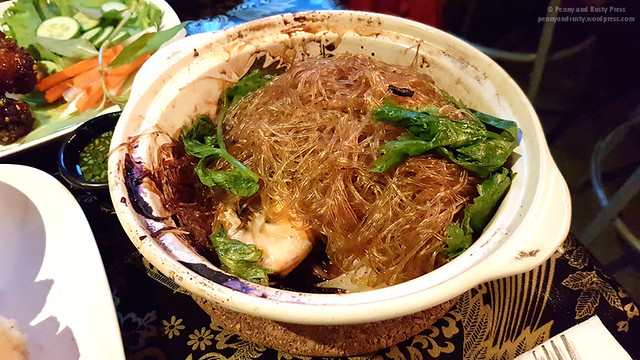 Overall, the food was prepared quite well. Would I wait an hour to get in again? Probably not. If they ever manage to get their processes together and become more efficient, their lineups would be more reasonable.