Ok people, let’s talk about donuts! Having been to Voodoo Doughnuts on our last Portland road trip, I knew that I wanted to try Blue Star on this go around. While Voodoo is known for their novelty donuts, Blue Star goes for the quality donut aficionado market. Their classic brioche recipe takes 18 hours for the dough to be made and all of their glazes and fillings are made fresh daily.

We had originally tried to grab some Blue Star Donuts the prior day but were out of luck because all three locations that we went to were completely sold out by the time we got to the store. Believe me, there’s a reason why they sell out so quickly. 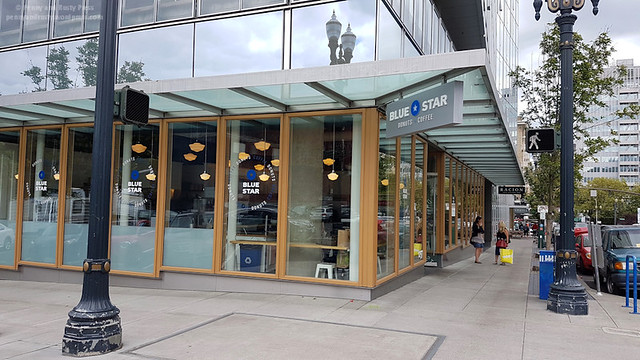 The Blue Star locations seems to have a cleaner and more modern interior when compared with either Voodoo or Tonallis. Unlike Voodoo’s classic pink box, Blue Star has a very understated design with a white star on a blue circle background. 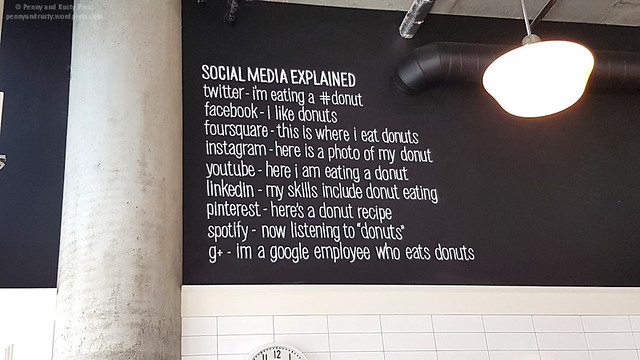 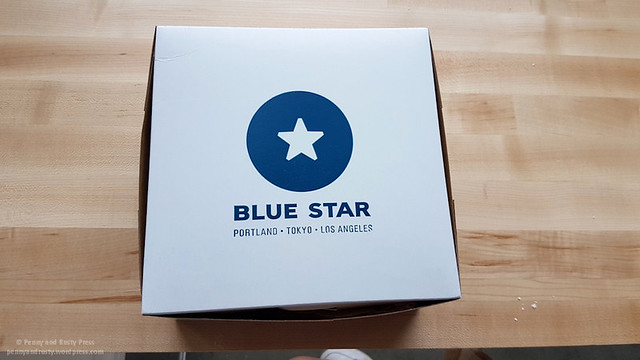 Blue Star displays their daily selection of donuts at the front counter where you place your order. Once they’re out, they’re out! So you have to make sure you come here early if you want to get your pick of flavours. 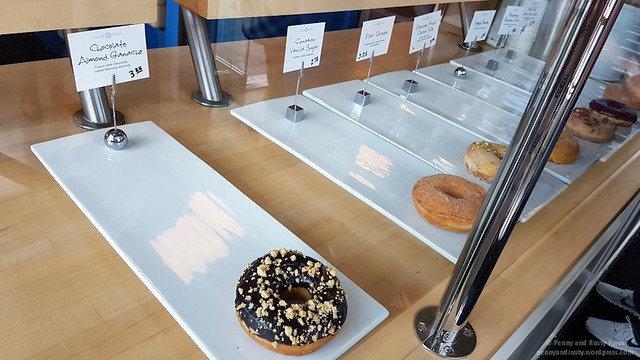 This place reminds me a bit of Cartems Donuterie in Vancouver – you can expect to pay between $3-$4 per donut.

As an aside, there was this annoying dude who felt he needed to keep his hand glued to the front counter and photobomb my shots. 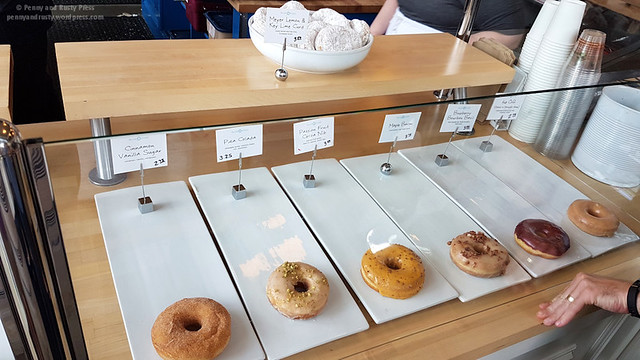 Here’s what we picked up… the Meyer Lemon & Key Lime Curd ($3.50), Passion Fruit Cocoa Nib ($3.00) with passion fruit puree, dash of cayenne, and cocoa nibs, Blueberry Bourbon Basil ($3.25) with fresh blueberries and basil, and the Maple Bacon ($3.75) with local bacon and maple syrup. 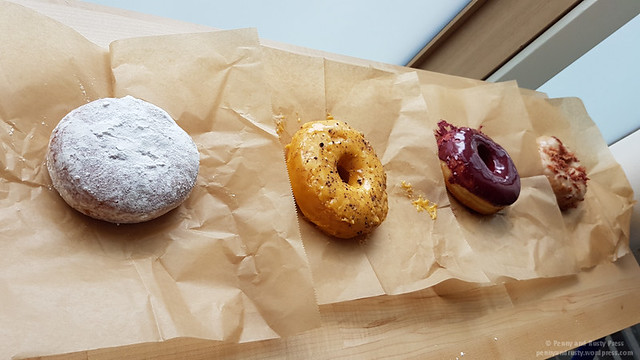 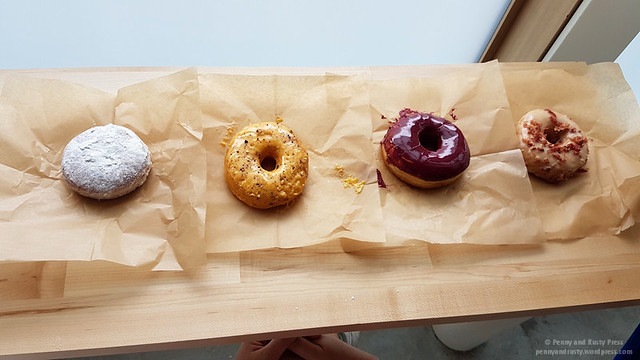 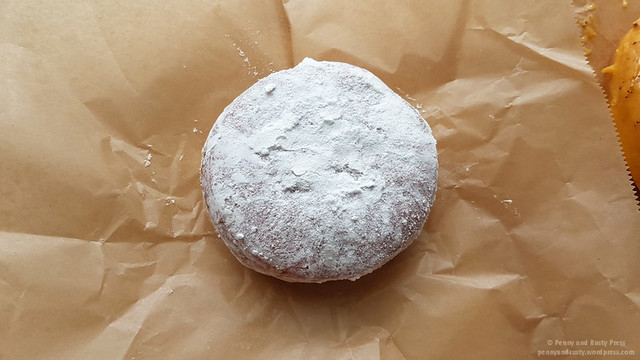 O-M-F-G!!! Passion fruit glaze with cocoa nibs? Yes to both! I still have dreams of this donut. 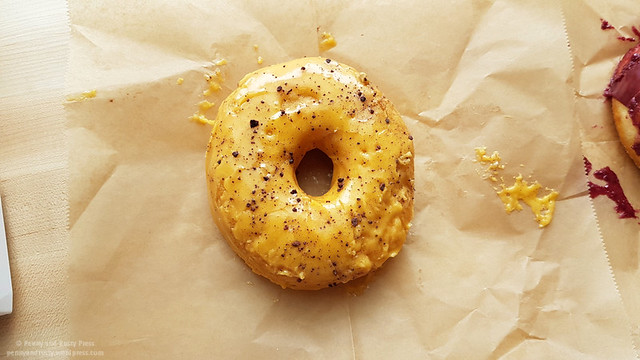 The Blueberry bourbon basil was pretty good. There wasn’t much bourbon flavour to it but the blueberry glaze was pleasing. 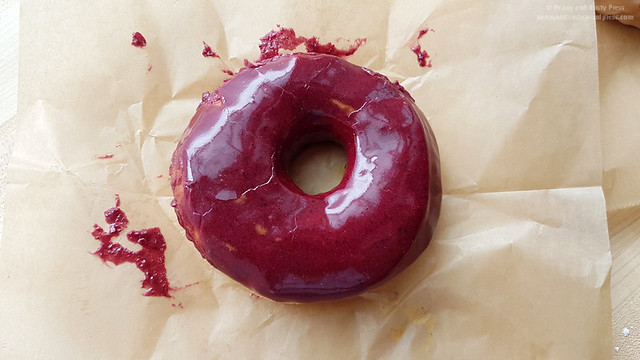 The one donut that I wasn’t completely impressed with was the Maple Bacon. I thought it didn’t have enough maple flavour and the crumbled bacon didn’t really do it for me. I much preferred the Whiskey Bacon at Cartems or the Maple Bacon at Honey Doughnuts. 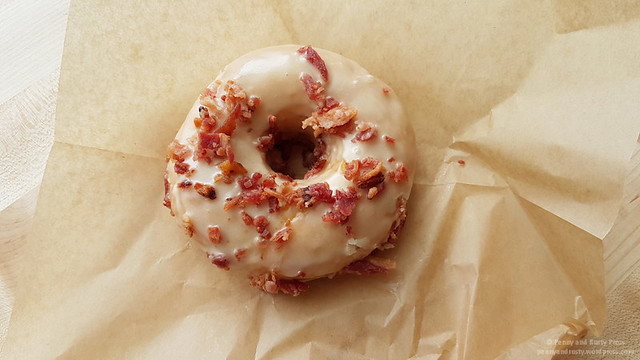 Well worth the hype if you love quality donuts… just make sure to show up early.