Back in late June, we decided to take a hike up to the very popular (read: busy) Quarry Rock in Deep Cove. We generally don’t visit Deep Cove much due to the difficulties finding parking in the area.

After almost getting lost, we finally made our way to the top of Quarry Rock and then back down into Deep Cove and realized that we were starving for some good food. We headed over to the Arms Reach Bistro which is just a short jaunt away from the water.

We started out with a small Manhattan Seafood Chowder that proved to be brimming with chunky seafood mixed in the tomato broth. 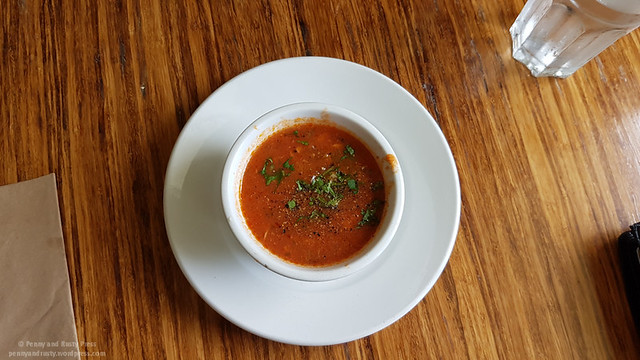 Next up was the Gaspé Shrimp Sandwich ($17) with smoked salmon, butter lettuce and lemon mascarpone on focaccia. Overall, the sandwich was okay but I found the focaccia to be too thick to be enjoyable. If they had served this on a flaky croissant… that would have been much better. 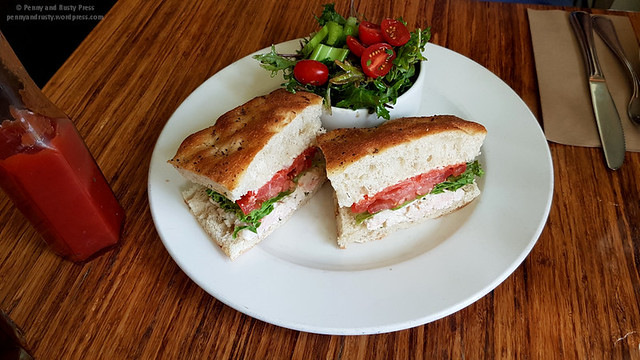 The Coconut Curry Mussels ($23) arrived in small bowl that was completely overflowing with mussels. The mussels themselves were small but there were plenty of them and none that were closed. Interestingly, I read that mussels that are still closed after cooking aren’t necessarily bad… (you should discard the ones that are open prior to cooking that will not close when tapped gently as they are dead – but if you’re not preparing them yourself, how would you know?) 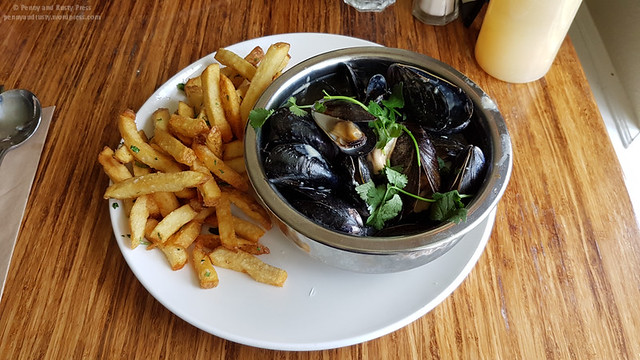 I had to get a shot of the sauce underneath that mountain of mussel shells. The fries were perfectly crispy and held up well to being dunked in the coconut milk that had been enhanced with green curry, lime juice, and cilantro. 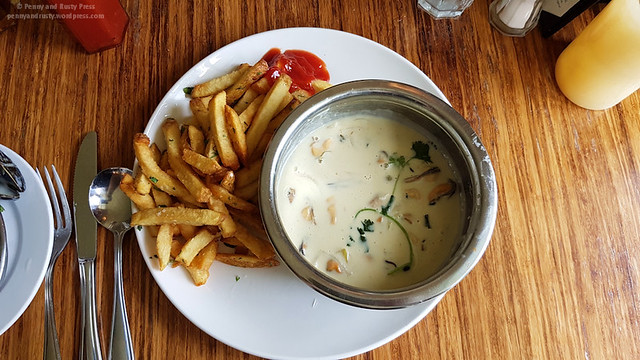 Mmm… Nothing like having crispy fries with mussels! Honestly, I could eat this every day!