We had high hopes for the Dublin Crossing Irish Pub in the new Marine Gateway complex. I mean, what’s not to love about an Irish Pub?

Walking inside, you immediately notice the high ceilings and the whole decor looked “new” for lack of a better word. When you walk into an Irish Pub, you have certain expectations of what you’ll find… in this case, the place seemed more like a grand-looking gastro pub.

We’re not big fans of beer so we ordered a Ginger Ale and Coke ($3.50 each), which actually looks a bit like a pint of ale. 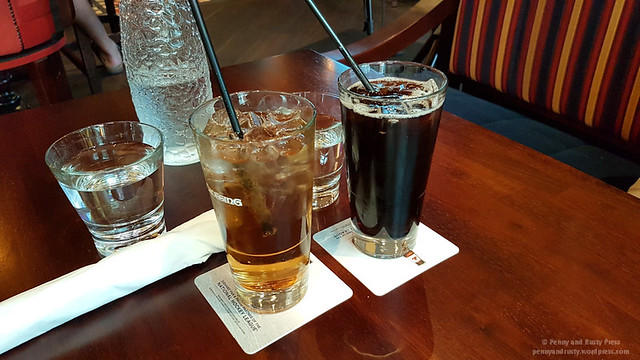 One of the things that I enjoy the most about Irish Pub food is the pot pies. So it only makes sense that we ordered the Chicken Pot Pie ($15.95) served with vegetables, mashed potatoes, and chicken gravy. Okay, let me say that I’m not a big fan of the house-made pastry crust… it was similar to a soda cracker in texture and quite dry. I would have preferred if they had a light, flaky puff pastry instead. Pretty much everything in this pot pie was dry, including the colcannon mashed potatoes. It really needed more gravy. 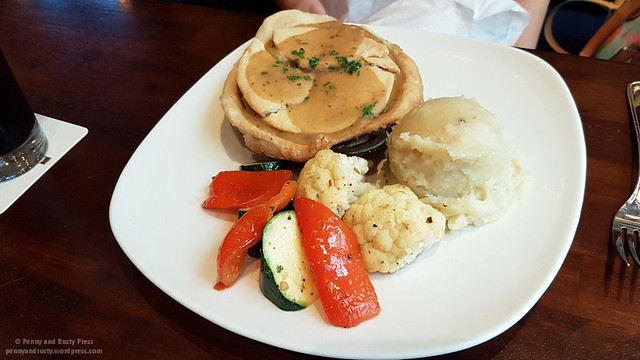 I ordered the Pork Belly Croque Monsieur ($15.95). I know, it’s a bit odd to order a French dish at an Irish pub but I paired it with a Potato Leek Soup (and what’s more Irish than potatoes?)

The best part of this dish was the potato leek soup which was super creamy. As for the croque monsieur, it was supposed to be prepared with house-made crispy pork belly on a freshly baked rosemary rock salt bread with red onion marmalade, brie, and creamy béchamel sauce. The pork belly was thiny shaved and far from being crispy. Unfortunately, I couldn’t taste the marmalade until the last two bites. It really need more béchamel sauce as well. 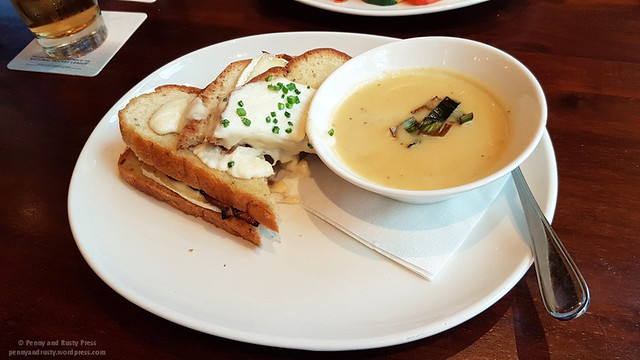 The interior of this pub looked very promising but I might have gotten my expectations up too much. Overall, most of the food that I tried was dry. The saving grace was the potato leek soup.