I was driving down 12th Street in New Westminster in mid-July when I noticed that a new restaurant had taken up the old Big Star Sandwich location. On my first visit, I was so impressed with the quality of the food and the friendliness of the owner that I made sure to come back for a revisit (or three).

On my first visit, it was a perfectly sunny day so I chose to dine on the patio next to the restaurant. Honestly, there’s not much to look at on the side patio but I did have it all to myself and there was a bit of shade cast from the side of the building. 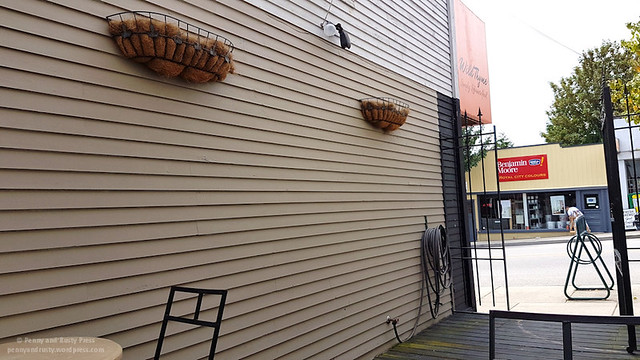 I ordered the Classic Lebanese Shawarma ($6.50) served with braised lamb and beef. The shawarma is served open-faced on a pita with super fresh ingredients. As they make things fresh, it takes a while for the food to come out. I wound up talking with the owner who said they had just opened in mid-May. I really liked the dressing (tahini I think) as well as the fresh parsley, onion, sumac (a red ground spice with a tangy/lemony flavour but less intense and less tart than lemon). The cucumber pickle gave the dish a nice tart crunchiness. The one drawback I found was that the shawarma was a bit drippy and difficult to eat with your hands (I wound up using a fork towards the end). 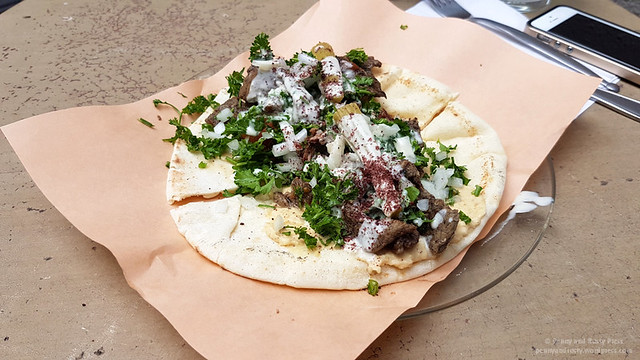 On my second visit, I decided to try their Kafta special three course meal (I think it was $9.95) and included a tomato, cucumber and lettuce salad with parsley, onions, and topped with a vinaigrette dressing. 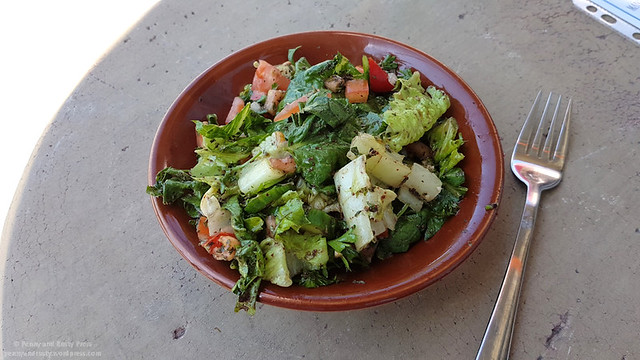 The three course meal also included Baba Ganoush. Now, I’ve had baba ganoush before and was never a big fan. However, I was totally blown away by Wild Thyme’s version. It was very light in taste with a smooth and creamy texture and accented with pomegranate seeds and olive oil. You could still make out some of the eggplant strings but I wouldn’t call it stringy per se. I think the thing that really kicked it up a notch was the slightly smoky flavour. 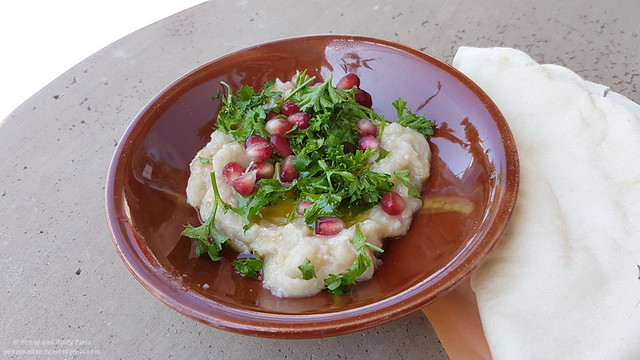 As I mentioned, they make things fresh here so it took a while for the kafta to come out. It was served sizzling hot in a clay pot with long grain rice, and sauteed onions. The ground beef and lamb meatballs with fresh parsley was super tender and quite meaty. If you have the time to wait for this dish, make sure to try it out and make sure to try the baba ganoush too. 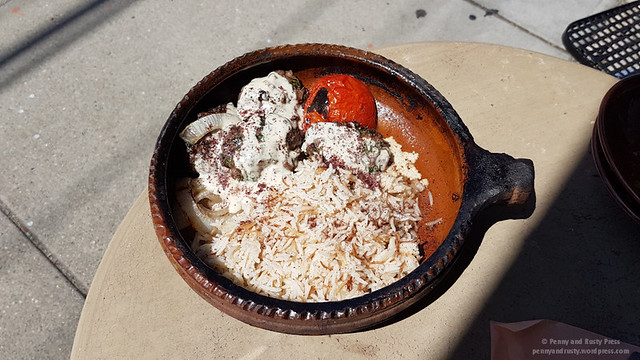 I wound up coming back for a third visit in late August and grabbed another Shawarma. As I said before, it takes a bit of time for their food to come out because they make things fresh… but it’s worth the wait. 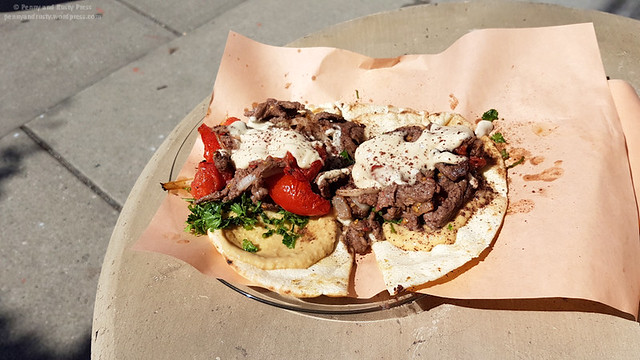 If you like Lebanese food, make sure to try out this hidden gem in New West. Bit of advice… the interior is very small and can get quite hot (on each of my visits, I opted to sit outside).