After our epic Cuban meal at Pambiche in Portland, we immediately came back to Vancouver and looked for restaurants that served Cuban food only to be disappointed… why are there no Cuban restaurants in Vancouver (and I don’t count Havana on Commercial)?

The closest I could find was El Camino’s on Main Street which serves up Latin American food. Despite not satiating my desire for Cuban food, I was very impressed with the food at this hipsterish locale. They have the phrase “Nada como una revolución para curar la sed y el hambre” (nothing like a revolution to cure thirst and hunger) graffitied on their cinder block wall. 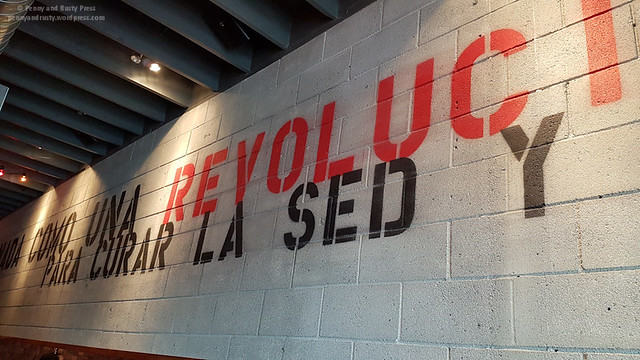 We ordered up a Pineapple Jarritos ($3.25) because I simply love this Mexican pop. They bring out some complimentary buttered popcorn with chili lime salt to tide you over while your food arrives – the popcorn is addictive and probably meant to encourage you to drink. Being kids from the 80’s, we really enjoyed the 80’s music that they had playing in the restaurant (although they switched the music around 6pm). 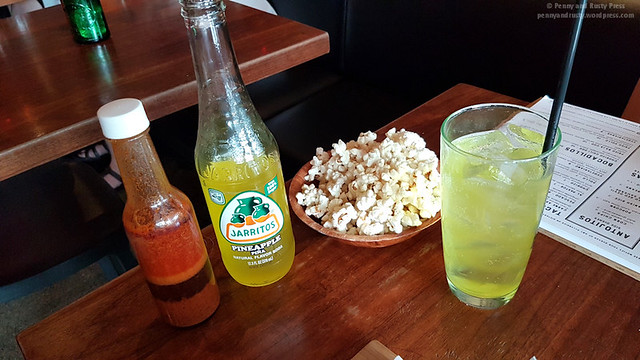 I ordered the Arepas which are made with ground white corn shaped into round patties and then grilled up and stuffed with various fillings. 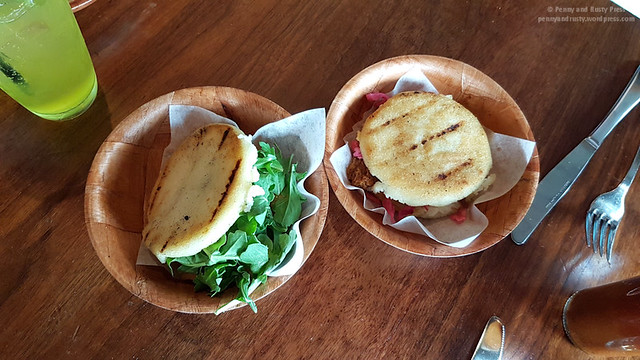 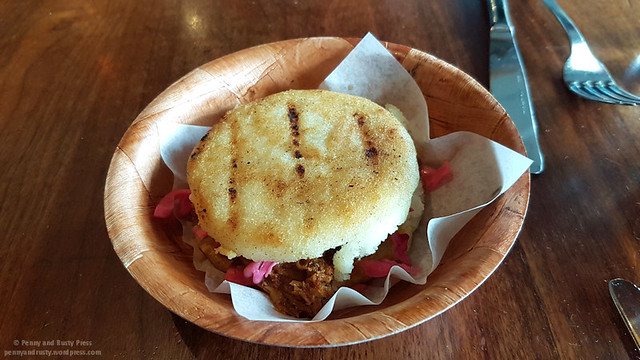 The arepas were so filling… I doubt I could have finished more than 2 at one sitting. 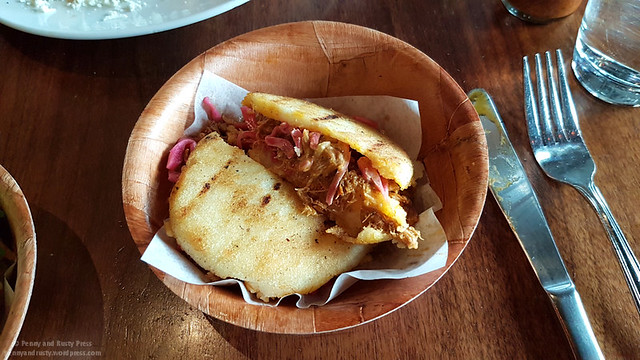 The Gambas ($8.50) is filled with sauteed prawns, smoked paprika aioli, and arugula. 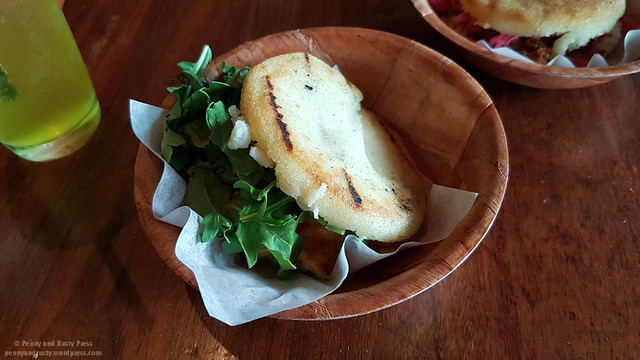 The grilling of the arepas made for the perfect contrast of crisp exterior and soft interior. The one drawback to the arepas was they were quite messy to eat and I wound up having to knife-and-fork it. 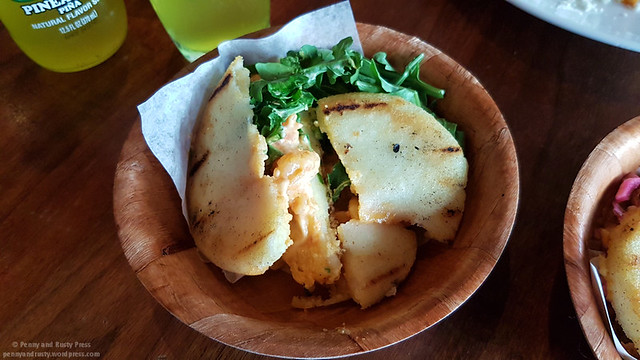 The Crepioca ($11) was very impressive. Made with a gluten free tapioca crepe and filled with plump chili lime shrimp, salsa, arugula, and smoked paprika aioli. Simply loved the sauce and the delicately thin crepe holding everything together. 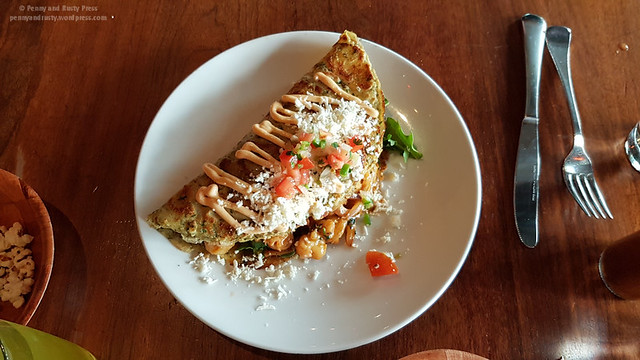 I’m still on the lookout for a great Cuban restaurant in Vancouver but if you’re in the mood for Latin American grub, try El Camino.