Apollonia Greek Restaurant is a small Greek restaurant located just on the outskirts of Granville Island. Given the building renovations they were doing when we visited at the end of July, it was rather nondescript from the outside which probably explains why it wasn’t super busy.

The interior seemed rather clean and avoided the overuse of white and blue colours which many other Greek restaurants in the city use. 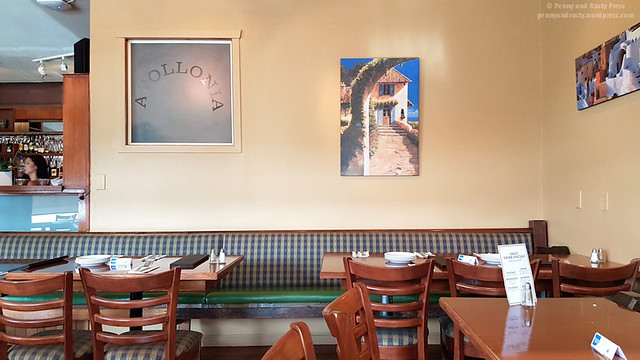 Can’t have a Greek meal without some drinks… here’s the Virgin Mojito and Tequila Sunrise. 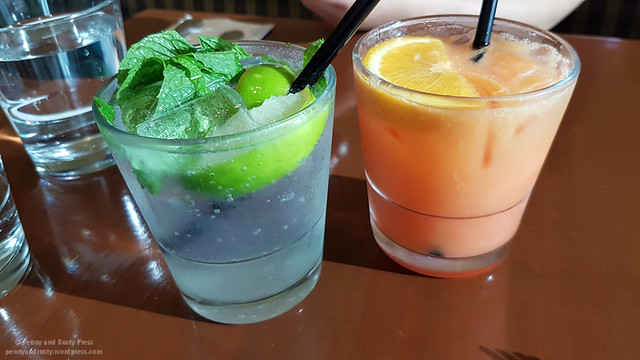 I love fresh pita bread and these didn’t disappoint. Biting through the crisp exterior, the pita gave way to a perfectly soft interior. 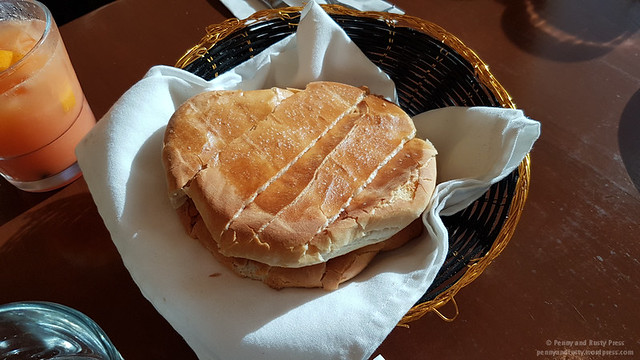 The Greek Platter ($20) included a small chicken souvlaki, moussaka, Greek salad, rice, roast potato, hummus, and tzatziki. I always judge a Greek restaurant by their moussaka and found that Apollonia had a solid interpretation… layers of eggplant, zucchini, and ground meat sauce and then topped with a béchamel sauce. The chicken souvlaki was also done quite well and had a nice light char to the exterior. 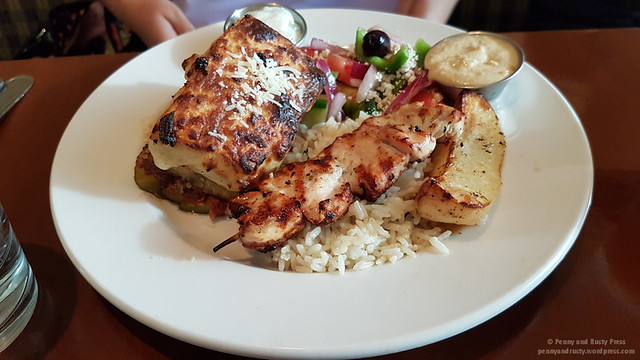 One of the other dishes that speaks volumes about a Greek restaurant is Roast Lamb Shoulder ($20). The fork-tender lamb was succulent and served with Greek salad, pale-golden roast potatoes, tzatziki, and rice. 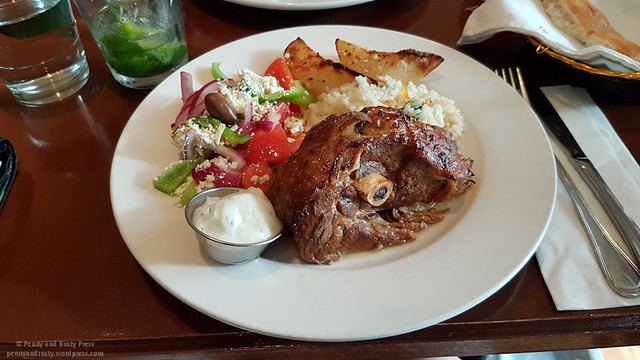