2016 will come down as the year that poke finally arrived in Vancouver. Poke (pronounced po-keh) is a simple but classic dish that we fell in love with when we visited Hawaii… cubed, fresh, raw fish, marinated in special sauces (mainly shoyu, sesame oil, and/or spicy mayo).

Carp Sushi, as you can tell by their name, isn’t actually a dedicated poke restaurant. However, they do make one of the more traditionally Hawaiian-inspired poke bowls at this time. That shouldn’t be a surprise since poke takes a lot of influence from Japanese cuisine. 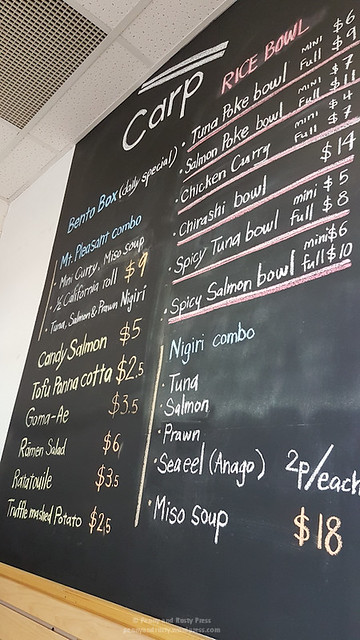 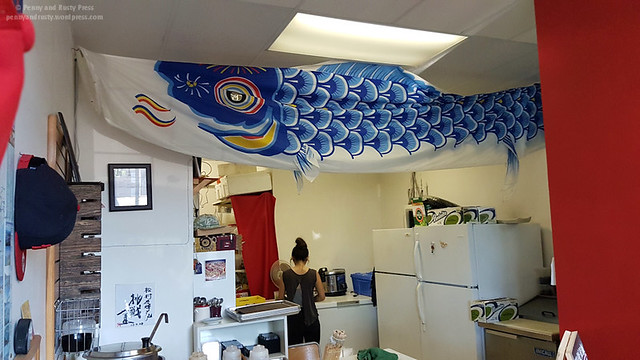 This little sushi joint is located across from Kingsgate Mall and they only make 5 of their special Ahi Tuna Poke Bowls per day. I was actually fortunate on my first visit to be able to pick one up ($14) as well as grabbing a Spicy Tuna Cone ($3), and a piping hot bowl of Miso Soup ($1). 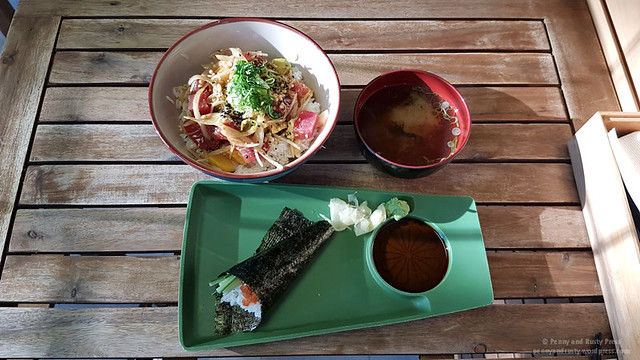 Before I get into the poke, let me talk about the sushi cone first… the spicy tuna cone was on the small side but okay. I did enjoy how the crunchy cucumbers contrasted with the spicy tuna. 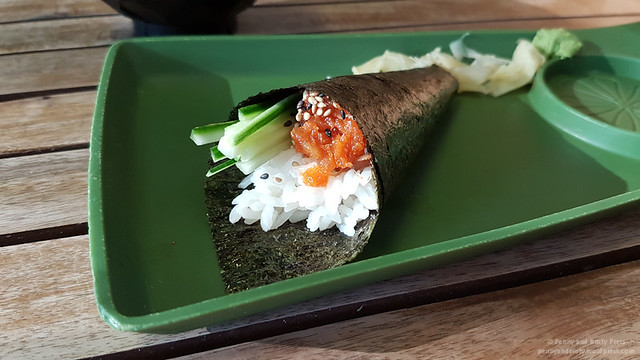 Here we have the special Ahi Tuna Poke Bowl. Unlike many of the other dedicated poke restaurants that have opened up in Vancouver lately, this poke bowl comes as-is and doesn’t try to include countless “toppings” which muddies the dish. The ingredients used in this bowl are carefully thought out and balances the whole dish… from the fresh wakame, to the sweet onions, to the rich avocado, to the slightly tart yellow radish, and the tiny crispy bits. 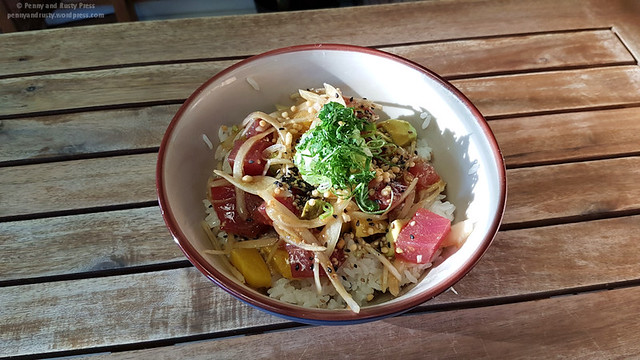 The poke bowl was large and I liked that the rice absorbed some of the sauce. The one thing that I do notice is that they are a bit aggressive with the sesame oil, which I didn’t mind too much. 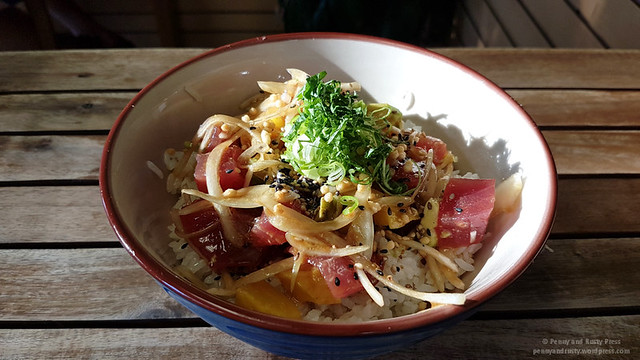 If you get a chance, make sure you try their Ahi Tuna Poke because the buttery tuna was very good. 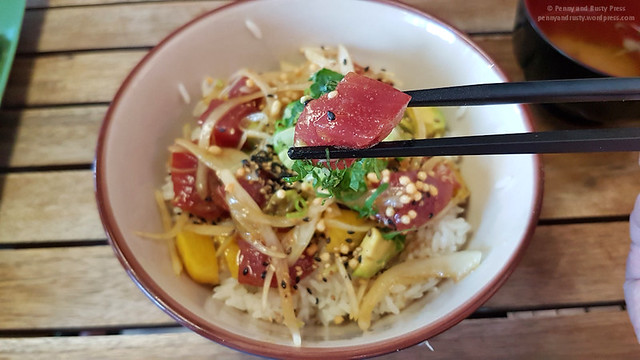 I liked it so much that I came back to try some of their other poke bowls. Unfortunately, on my second visit, they were all out of the red ahi tuna so we opted for the Tuna Poke Bowl ($9) and Salmon Poke Bowl ($11). First up was the Gomae salad ($3.50) and it was interesting as it was comprised of kale and snow peas instead of the usual boiled spinach that I’ve become accustomed to. 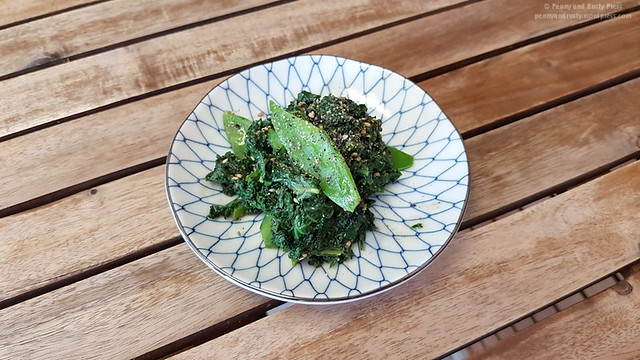 The poke bowls did have good flavour – I’m assuming it’s because the fish was probably marinated and given time to absorb all of the flavours. 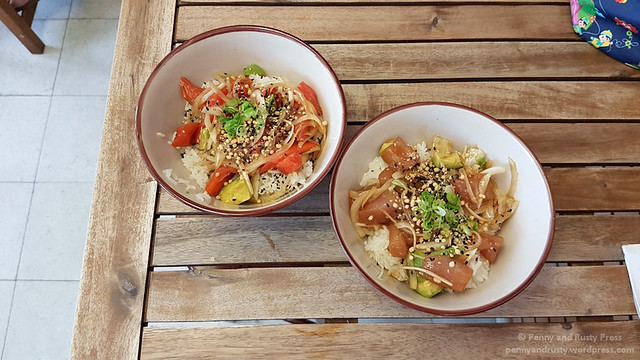 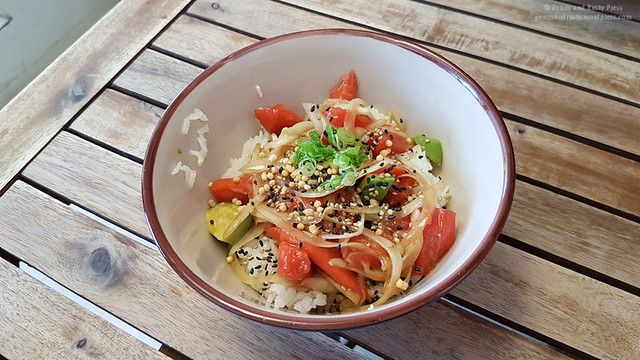 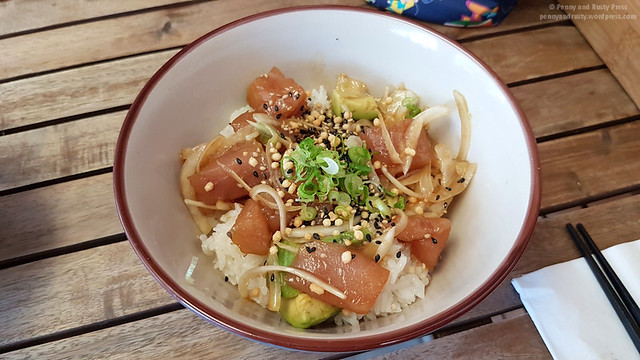 If you’re missing the poke from Hawaii, try out Carp Sushi for some really tasty poke bowls. Check out some of our poke visits in Hawaii at Ono Seafood, Coco Cove, Splash Bar, and Duke’s.