Szechuan Cuisine opened up last November in the old spot that was once occupied by Lester’s Family Amusement Centre. I’ve been meaning to try it for a while but was always confused on when they were open.

When I first walked into this place, I was pretty confused on where to go as there was no one to greet you at the foyer. There were stairs that led up to the left and there was some seating on the main floor to the right. But due to the layout, no one could see you when you entered the restaurant other than the other diners that were already seated. The waitress that was there seemed to be busy and had her back turned in the opposite direction.

I finally managed to get her attention and she seated me and gave me a laminated menu with a dry eraser marker to check off my choices. The food took quite a long time to come (actually, all of their services was quite slow).

The Chili Oil Wontons ($7.99) were quite spicy. There was about a dozen of the tiny wontons which had a smooth wrapper encasing the small amount of filling. 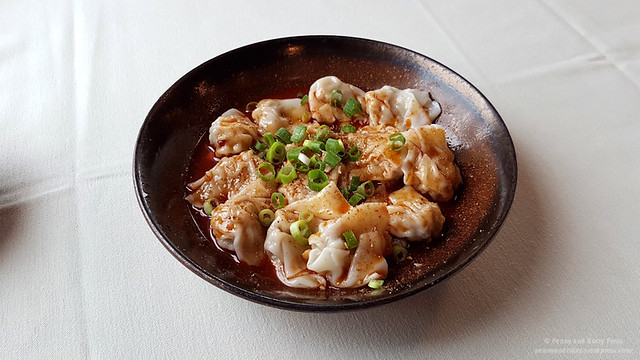 I also ordered the Grilled Lamb with Cumin ($18.95). This dish doesn’t come with rice but it is a good portion size. The lamb was dry-grilled (not saucy at all) and cut thick (instead of slices). I found that there was quite a bit of chewy bits in the meat as some pieces were fattier than others. The lamb was definitely spicy and had a strong cumin flavour (I can still taste it on my tongue when I look at these pictures). 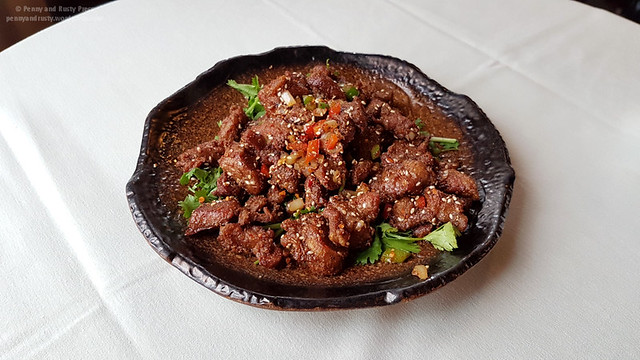 Don’t bother coming here if you’re looking for a quick bite as service is slow and fairly non-existent as the server never seems to look up. The flavours are pretty good but they might be a bit strong if you’re not accustomed to it.