Hayashi Sushi is located in the Columbia Square Plaza in New Westminster. The interior is adorned with paper lanterns and they have one side of the restaurant equipped with booths while smaller tables make up most of the seating in the middle of the restaurant. 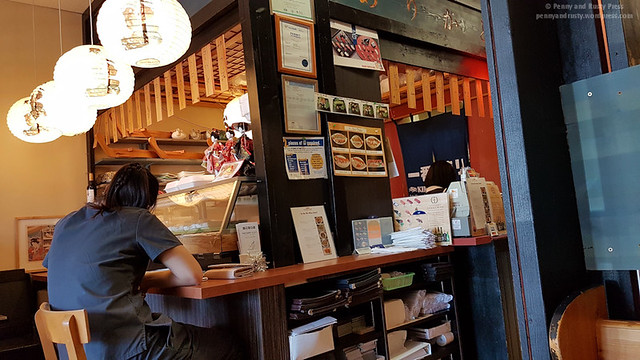 On my first visit here, I decided to try out their nigiri, along with some sashimi, a BC roll, and goma-ae. The Goma-ae ($4.95) was made with boiled spinach topped with sesame paste on top. I felt that they drowned the spinach a little too much with the sesame sauce. 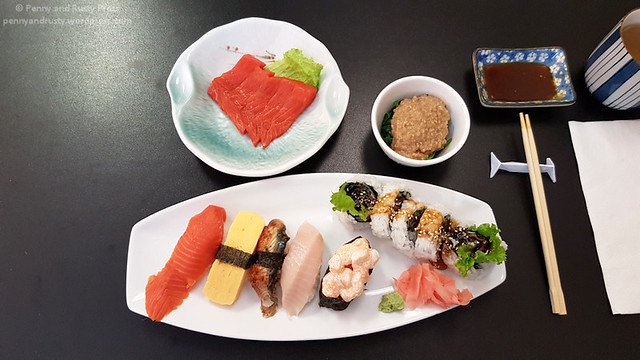 The Sockeye Salmon Sashimi ($6.95) was thin on one side and thicker at the other end but it had a clean taste and was served at the perfect temperature. 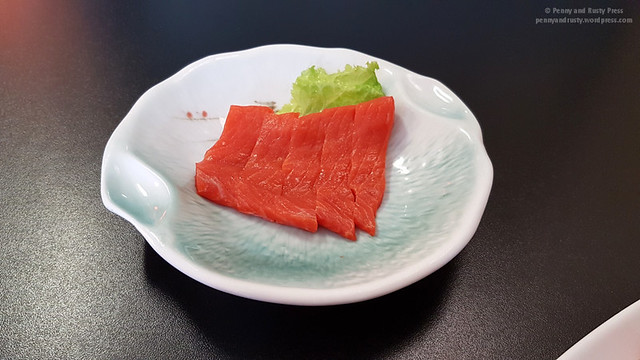 The BC Roll was a little disappointing because they used too much sauce and the roll was not tight enough so it was difficult to pick up without the whole thing falling apart. As for the salmon skin, the skin itself was okay but not super crispy. 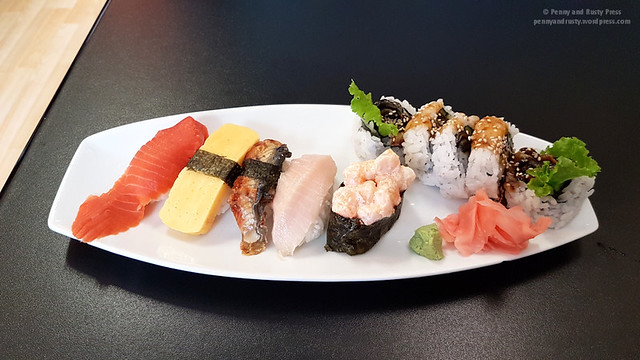 As for the nigiri, I ordered the Sockeye Salmon ($1.95), Tamago ($1.25), Unagi ($2.25), Toro ($1.75), and Chopped Scallop ($2.00). The salmon had a nice long tail over the rice and the salmon was as fresh as the sashimi that I had previously eaten. The tamago was not bad but I felt like it was missing a sweetness to the egg. Both the unagi and toro were buttery soft but I felt like they used a bit too much rice with the tuna belly. Similarly, there was a bit too much rice with the chopped scallop but the large pieces of scallop did make up for it. 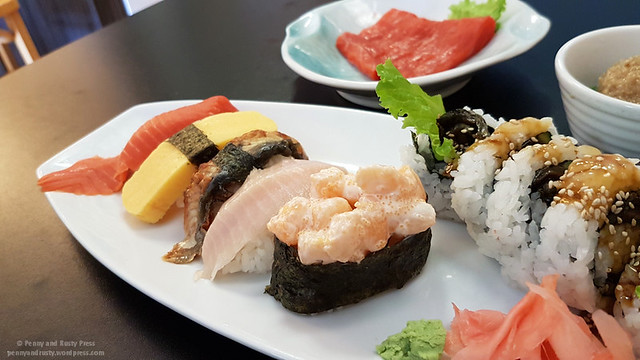 I came back a couple of weeks later to try out some more of their sashimi as that seemed to be a safe bet. This time, I ordered the Assorted Sashimi ($16.95) which wound up including 2 pieces of thin but delicate Tai, 3 pieces of buttery soft Sockeye Salmon as well as 4 pieces of equally satisfying farmed Atlantic Salmon. 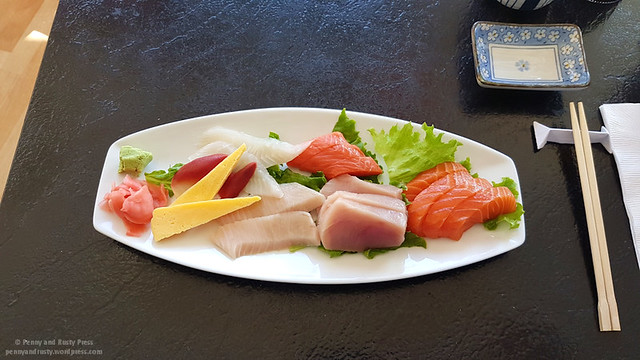 There were also 3 pieces of regular Tuna, 2 pieces of the higher-grade Toro, an improved piece of Tamago which had a bit of sweetness to the egg, and a piece of Hokkaigai. 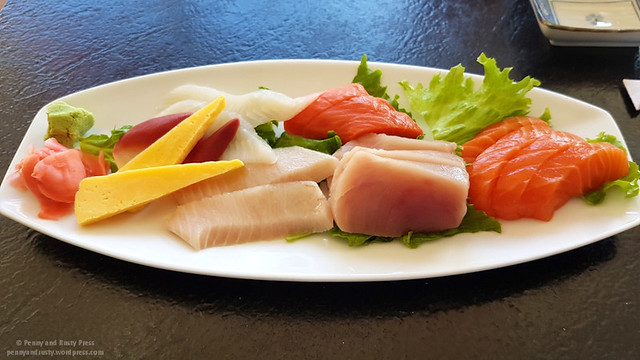 I decided to come back the next month to try out some of their non-sashimi items and ended up ordering the Nabeyaki Udon ($13.95). This is a good option on a cold autumn day since it comes out piping hot. The thick, chewy noodles really hits the spot and the bowl comes with two prawn tempura, chicken (the same kind that they use for chicken teriyaki), fish cake, veggies, and an egg which had a nice runny yolk. 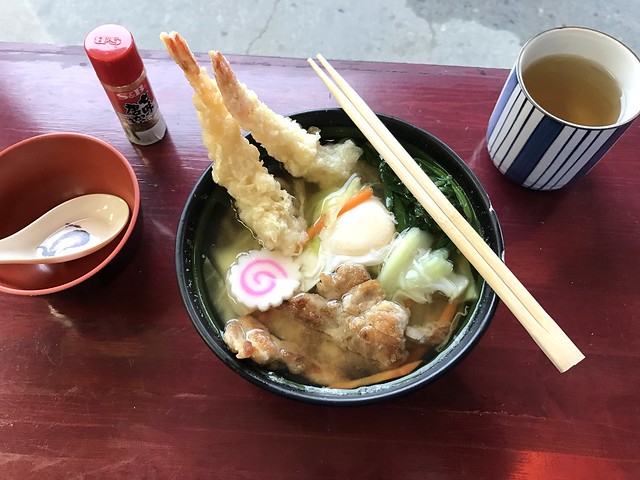 It doesn’t seem super busy here during lunch on weekdays so it’s a good option if you’re in the neighbourhood and looking for some sashimi.