Brunch in Vancouver can be a religious event for some people… popular restaurants often draw lineups that stretch down the block. While I’ve never been one to put up with excessively long lineups, I do enjoy me some brunch.

Jam Café is one of the more recent darlings in the brunching community. Interestingly, it’s located at the former site of Café Medina, which also drew in big crowds. Is this restaurant located at some kind of nexus for magical brunch happenings? Or is that just a coincidence?

I arrived on a Saturday morning, just after 8am, and managed to find the last seat at the crowded bar. To say this place was busy is an understatement. While I waited for my meal to arrive, I sipped on this large mug of Hot Chocolate with Whipped Cream ($4) and admired the mix of white brick, subway tiles, and wooden planks which made up most of the decor. 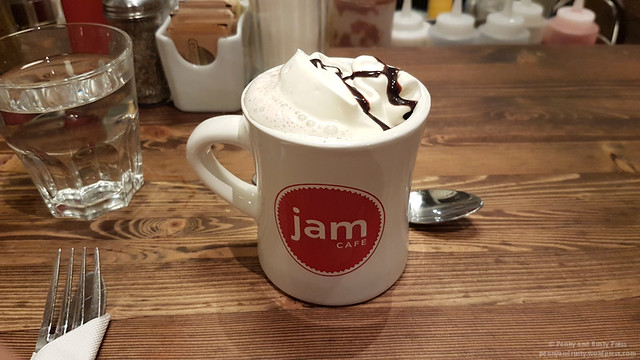 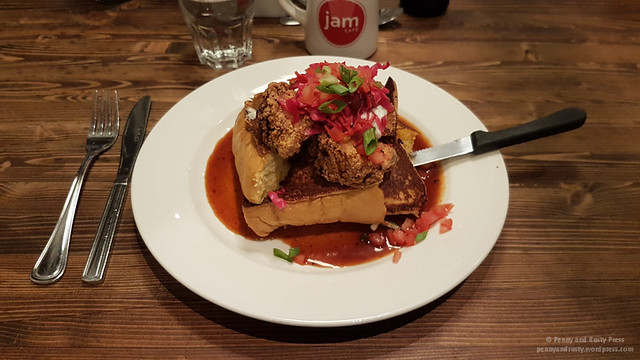 The chicken had a tremendous crunch on the outside but the breast meat was slightly dry. I tried to compensate for this by drizzling more of the syrup on top as well as some of the green hot sauce that they have on the table. Overall, the food wasn’t bad but I didn’t see a real reason why the lineups are so long here. By the time I had left, there was a long line of people waiting in the rain.