Back in September, Bourbon St. Grill opened up in the Metrotown food court in the former Arby’s location. Now, given their name, you couldn’t be blamed for thinking that they serve up creole/cajun food originating from Louisiana.

I tried one of their combos where you pick one meat and one vegetable and add a starch item… in this case, it was the Bourbon Chicken, Corn, and Jambalaya Rice. While the names of the dishes sounded very authentic, the food here tastes very similar to Asian food. I also found that most of the meat dishes here are on the sweet side due to the sauces. 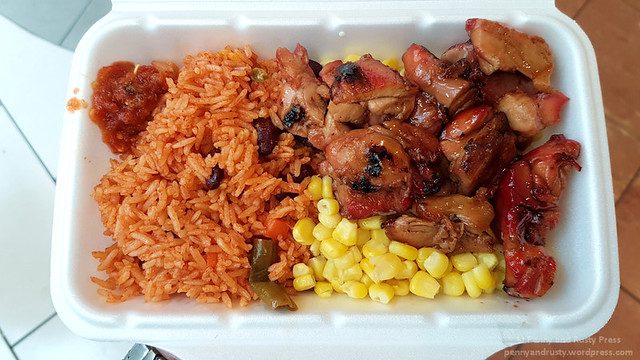 I swear, if you just looked at the food in their heating trays, you’d probably think that this was a Chinese food stall. Not saying that the food here is necessarily bad… just wish they served actual southern food.