Blue Water Cafe, located in Yaletown, has been one of our favourite restaurants since our first visit. In the past, we’ve often enjoyed their single tier Shellfish Plateau. However, on this occasion, we set our sights on their signature Seafood Tower.

We visited back in summer, after our Portland road trip. Their complimentary baked rolls were served with a duo of white bean tapenade and seaweed butter. In hindsight, we shouldn’t have filled up on these too much because the Seafood Tower was a lot of food. Still, the fresh buns are soooo good! 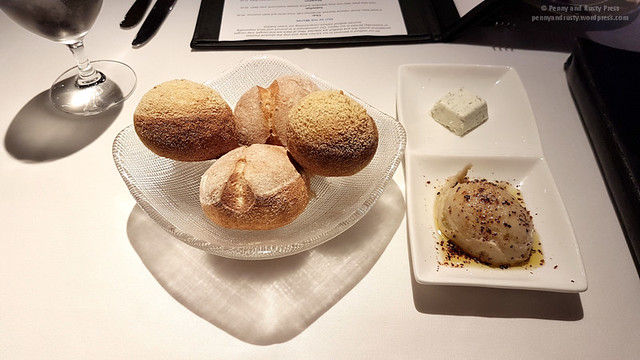 For this dinner, we also ordered their Pablo Honey ($6) and Kaffir Collins ($7) 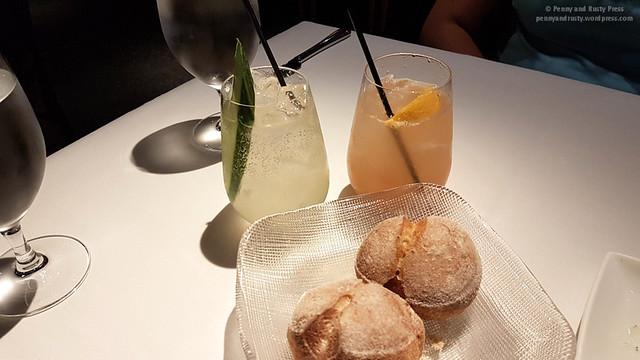 In the past, we’ve also sat in their main dining area which can get a bit noisy. On this visit, we wound up in a separate dining area that was darker and quieter, which was nice. Here we are getting ready for our feast. 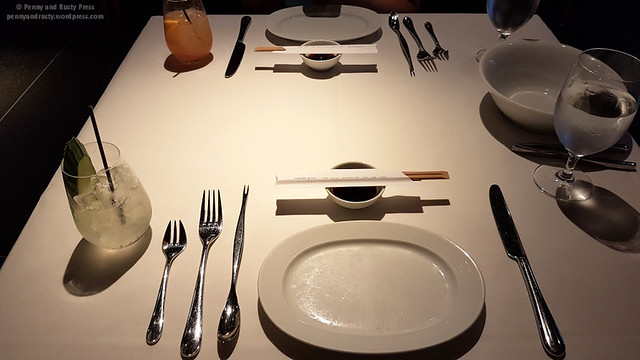 This separate dining area has walls filled top-to-bottom with bottles of wine. 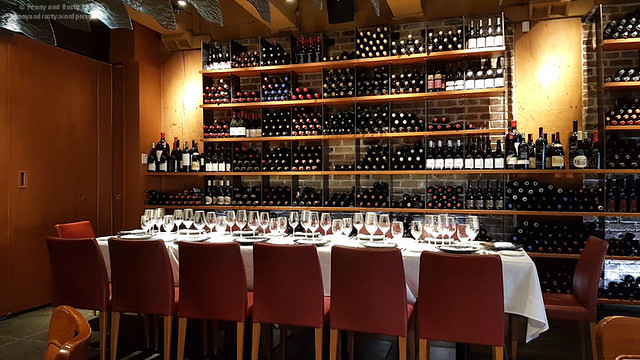 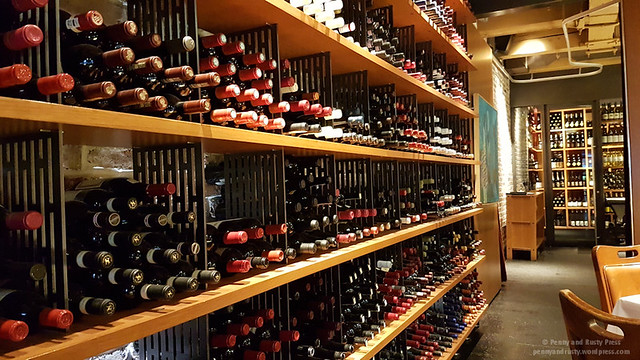 Here we go… this Blue Water Cafe Tower ($159) was HUGE! I had to get out of my seat just to fit the tower in my picture. 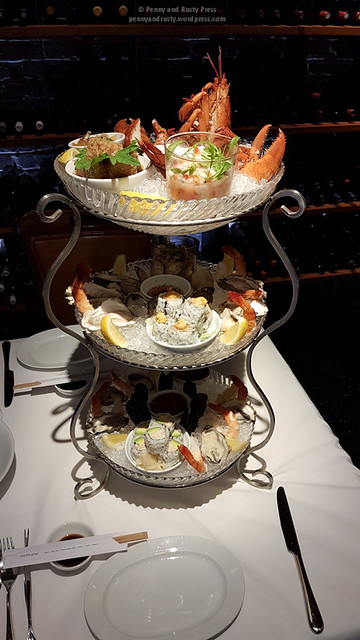 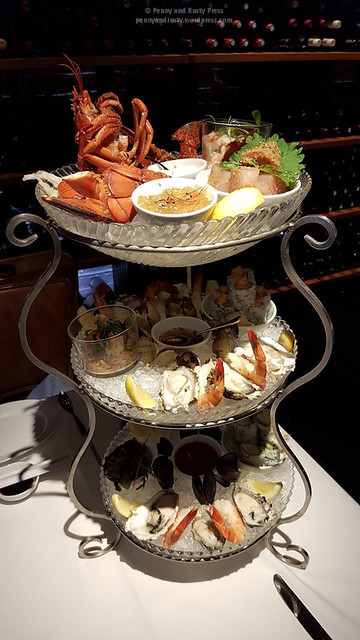 This is basically their regular Seafood Tower that’s been kicked up a notch to include additional Spicy Tuna Roll, Fresh Crab Meat Roll, Tuna Goma-ae, and Chilled Lobster (1 lb). 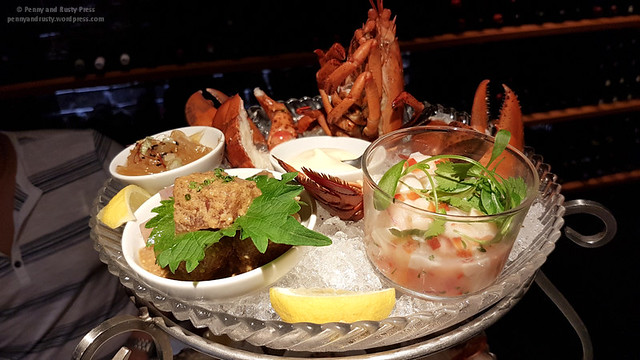 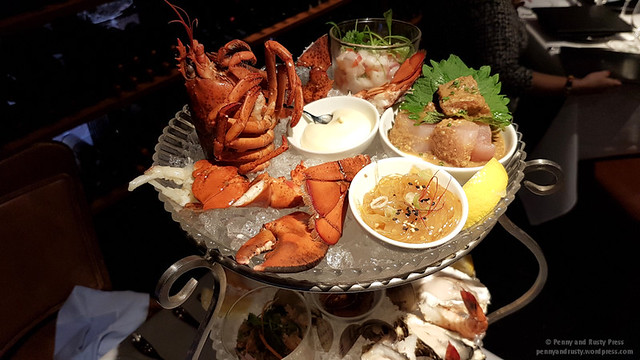 I’ve always loved their jellyfish at Blue Water as it’s thin but crunchy and served with a flavourful sauce. Similarly, the scallop ceviche with grapefruit is pure bliss. The large chunks of tuna with miso paste just melted on my tongue. 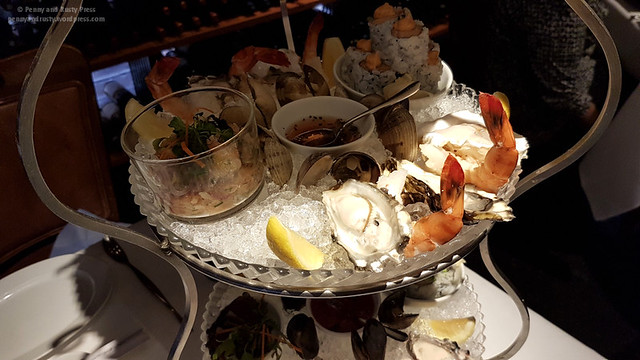 The prawns were large and meaty and the oysters were clean and fresh. They really know their shellfish here and the honey mussels were both big and plump while still retaining a sweetness to the flesh. 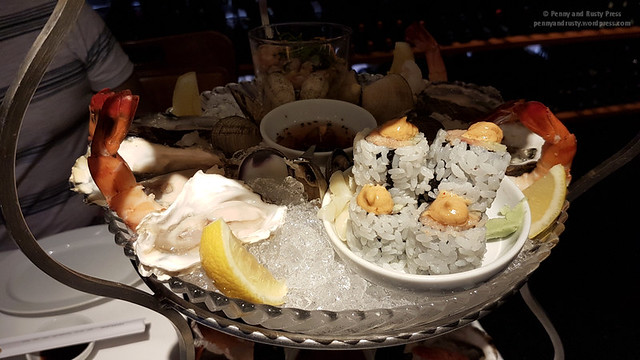 The salmon tartare had a nice crunchiness from the fresh onions. 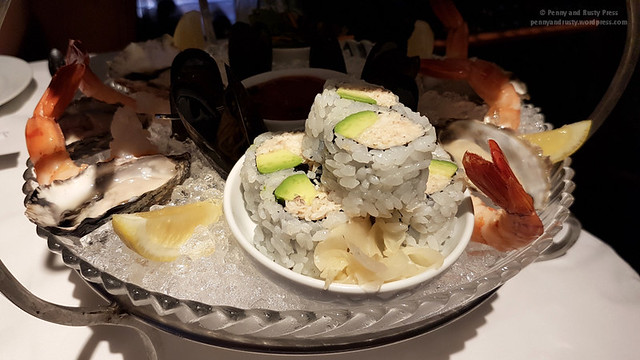 I’ve never had sushi at Blue Water until this visit and found that their rolls were super creamy (and filling). 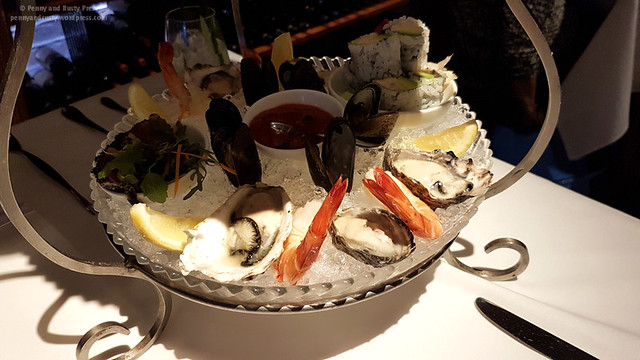 We saved some room for their Daily Sorbet selection ($12.50) which included white peach, raspberry, and pineapple. The pineapple was good and not overly tart while the peach was quite subtle in flavour. 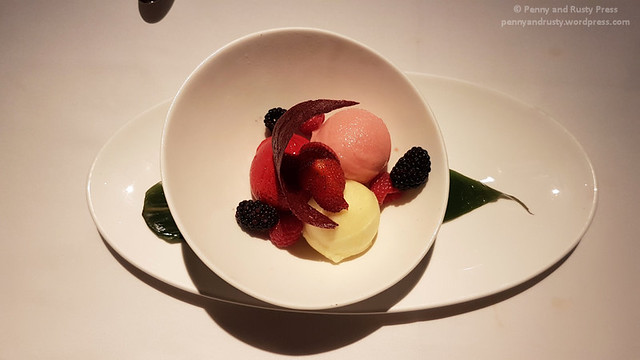 As with our previous meals, it ended with these complimentary Lemon Poppyseed petit fours. 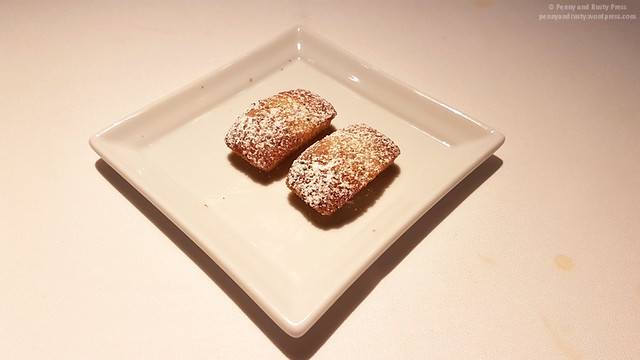 This was probably the best seafood tower I’ve had and was pleased that the lobster meat came out of the shell very easily. At first, we thought we might need to order some more food other than the tower but were stuffed by the end of our meal. Take the plunge and order their Blue Water Cafe Tower… you won’t regret it.