After gushing about this hole-in-the-wall Lebanese joint in New West, I finally brought my sweetie here for lunch.

The owner said that he’s had to change the menu a bit from my last visit but you can tell that they take pride in their food and enjoy showing others the kind of food that they grew up with. We ordered the Chicken Bowl (which is similar to the Kafta dish that I’ve had here previously). But first out was this large pita with dipping sauces. The thin, light and puffy bread was enjoyable with the different colourful sauces. 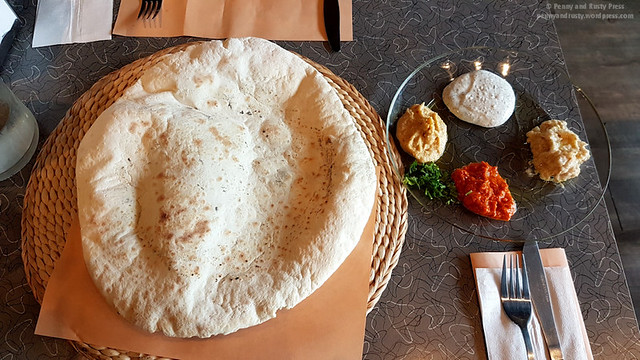 I actually found the chicken in this dish (which was mixed with tomatoes and onions in the rice) was a bit on the dry side. I much preferred the kafta that I had previously. 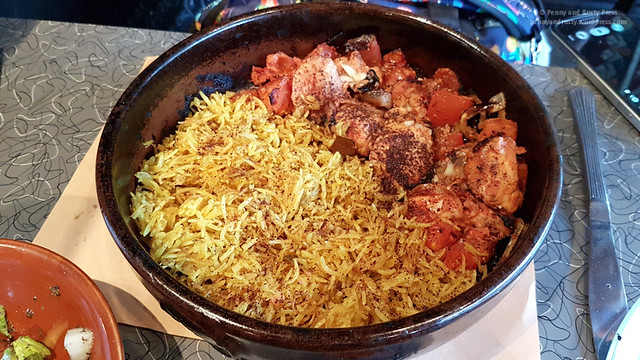 We also ordered the Makanek Manoushe which is a Lebanese flatbread with Lebanese sausage, lemon juice, pomegranate molasses, tomato slices and cheese. The owner said they used to bring their own ingredients to the local bakery when they were young to have their own custom manoushe made for them. 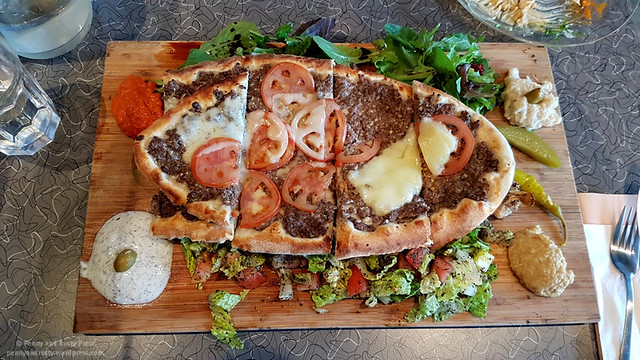 Essentially, the manoushe is very similar to a pizza with a very thin crust (like a pita) but doughier than a regular pizza. This was soooo good! Loved the cheese pull when I grabbed my slice. 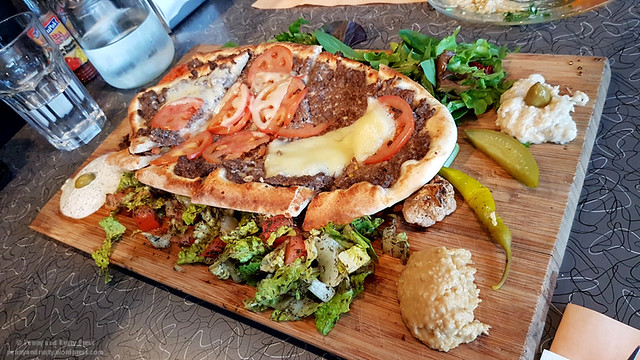 If you’re looking for some traditional Lebanese food, make sure to stop by this little shop. The menu is a bit limited now but the food is always fresh and the service is friendly.