Flamingo Chinese Restaurant is one of our go-to places for Chinese dinner… especially since they moved to their new location on SE Marine Drive. Sure, the new location isn’t as big as their old place, but it is closer for us.

As soon as we saw the Lobster with Sticky Rice in Lotus Leaves on their special menu, we knew that we had to order it. This was one of the best versions that we’ve had… the 2lb lobster was cut into perfect pieces which made it easy to get to the meat (unlike some restaurants where they chop up the pieces haphazardly). 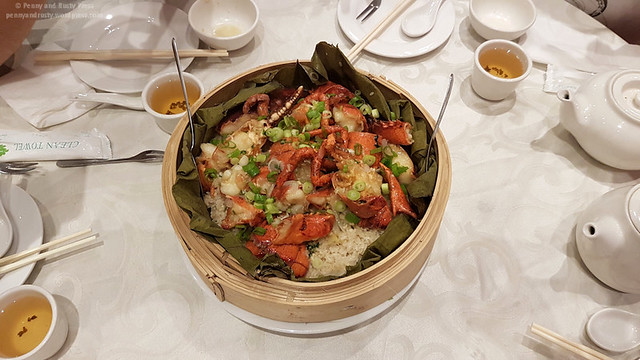 The sticky rice was very flavourful and not dry at all. Overall, the dish came out to about $64, which was pretty good for a dish this size. 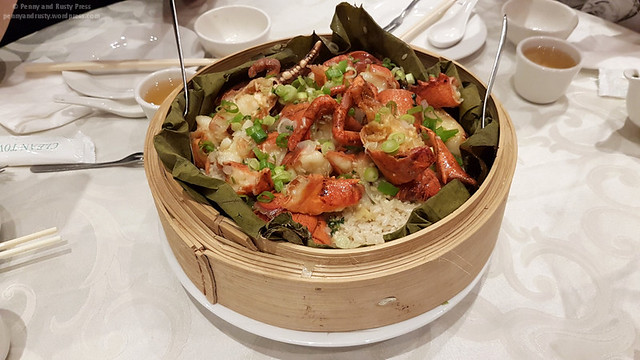 Flamingo is also one of the few places that still offers push cart dim sum. We’ve been to Flamingo before during dim sum back at their old location and always felt their dinner dishes were much better than their dim sum offering. Still, we decided to give it another go now that they’ve moved to their Marine Drive spot. While they do have limited push cart dim sum, it’s nothing like they used to have… partly due to the size of the restaurant. To offset this, they also give you a laminated dim sum ordering sheet that you can order from.

We grabbed a few items from their push cart including Siu Mai topped with a goji berry. 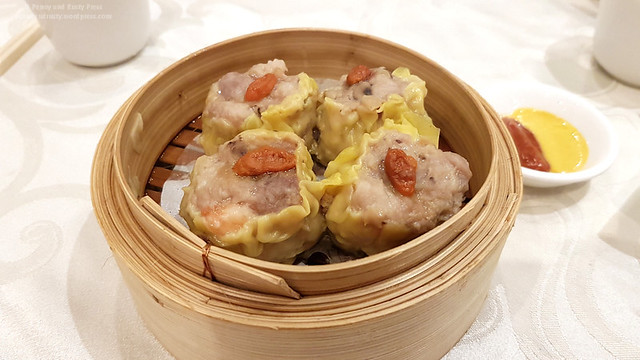 The Steamed Beef Balls were actually really good with tender and juicy meat. 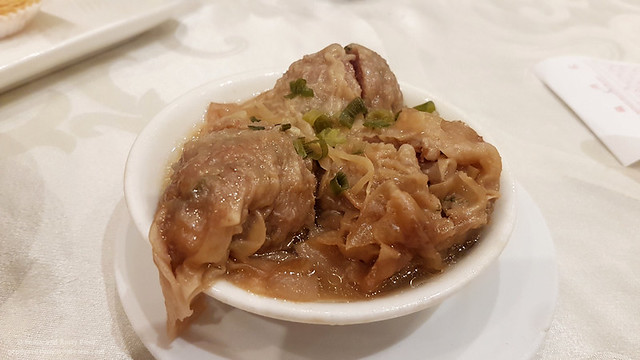 We also grabbed a plate of Egg Tarts from the cart which turned out to be still warm and ever so flaky. 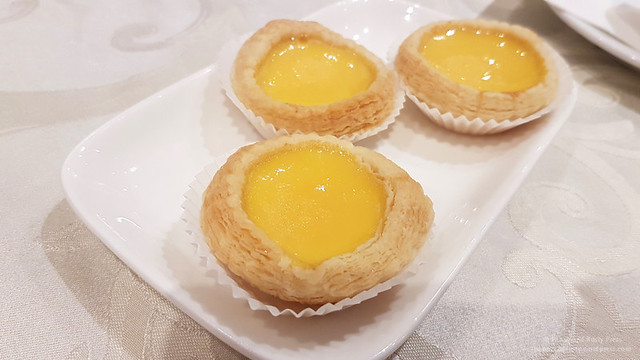 Meanwhile, we tried the Eggplant Stuffed with Shrimp Paste off of the order sheet and were quite pleased with how tender the eggplant was while still having a delicate crispness from the light batter. 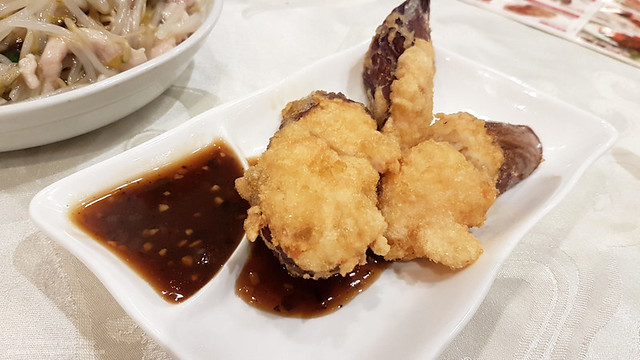 The Scallop Taro Root Puff was filled with a curry meat filling and was quite filling. 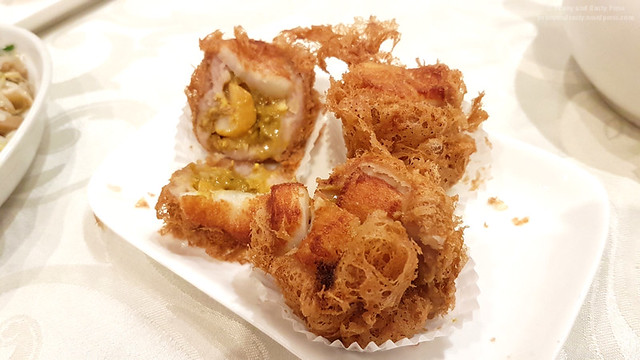 We also ordered a small serving of Chicken Chow Mein with crispy noodles buried underneath the saucy topping. 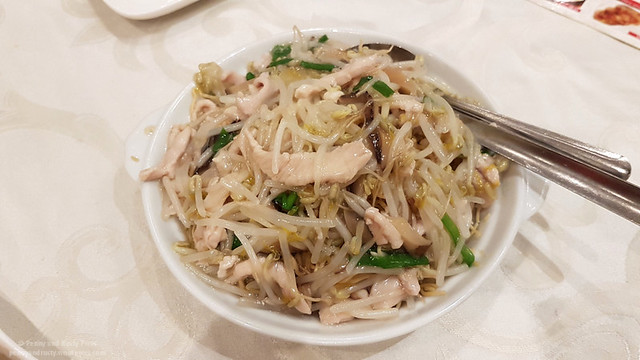 Last up was the Lychee Jelly with goji berries. They forgot our order for this so we had to ask for it again. The firm jelly was shaped in an upside down bowl and was quite good. 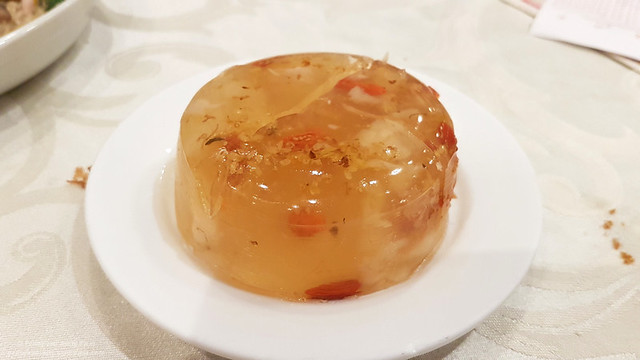 If you come around 2:30ish pm, you might notice that service slows down a bit as the staff sits down together to eat their meal before the dinner rush. Actually, some of the food that they were eating looked pretty good.