During our trip to Japan, we found ourselves wandering around the Asakusa district of Taito (Taito is a special ward of Tokyo – actually the smallest in terms of area). Asakusa is known mainly for the Sensō-ji Buddhist temple which is the oldest in Tokyo and the massive Kaminarimon “Thunder Gate” that dominates the entrance. There’s also a large area of shops leading up to the temple along the Nakamise-dōri.

The exterior of this restaurant is quite distinctive and, although we don’t read Japanese, we could tell that they served seafood and sushi. 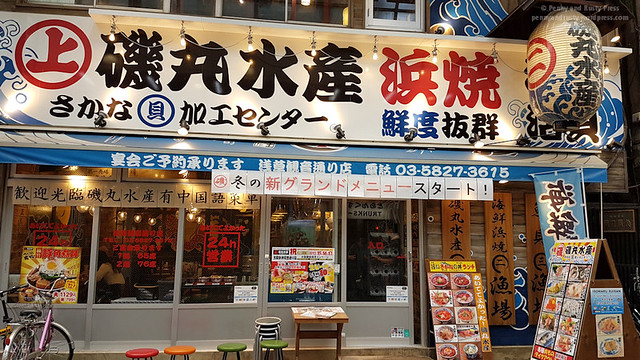 We popped our heads in the door and noticed that there was some seating available so we decided to have our lunch here (many Japanese restaurants are tiny and crowded so it can be difficult to find a table for 4 people at the prime dining hour). Inside, the walls were adorned by kanji (I’m guessing it was detailing various special menu items).

The interesting thing is that I assumed that we had stumbled onto one of those tiny, unique sushi restaurants that Tokyo is known for. As it turns out, Isomaru is a very large chain of restaurants… many of which are open 24 hours a day. I actually saw many of their other sister stores during the rest of our trip. 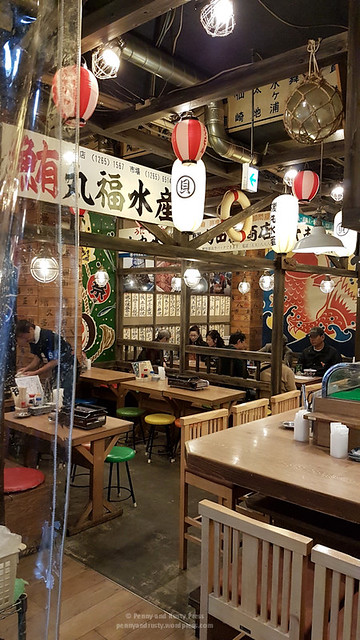 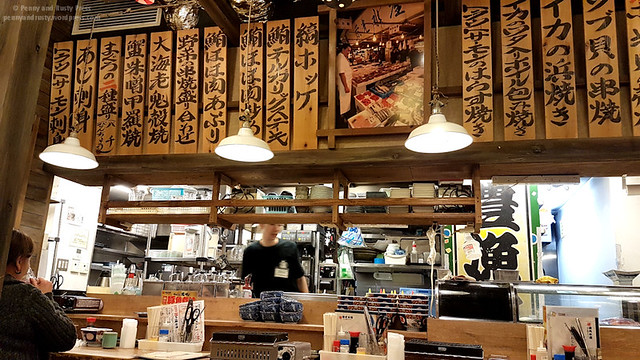 I picked the Overflowing Seafood on Rice Bowl (¥1030) which included tuna, shrimp, amberjack, salmon, snow crab, salmon roe, and conger eel. You know… for a massive chain restaurant, the food was actually quite good and the sashimi was fresh. Personally, I’m more used to freshwater unagi which has a bolder, richer taste compared to the saltwater conger variety but the conger was a bit sweet. 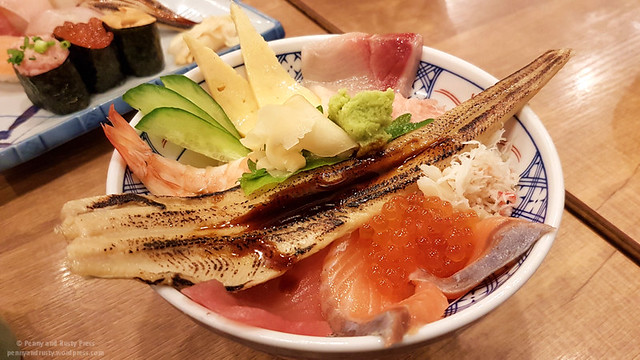 The Chef Selection of nigiri (¥1230) included 10 various items including uni. Prior to this, I’ve only had uni twice before (both times in Vancouver) and, although the uni at Ikoi was pretty good, I have to say that this uni was way better and super creamy and fresh (stay tuned for my post on Tsukiji fish market where I had an even better uni!) 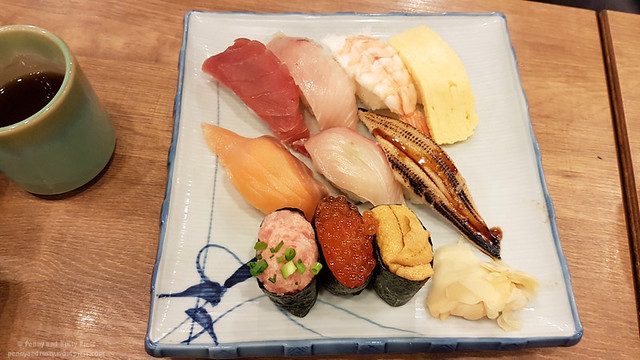