Okay, I know that we were in Japan… so you’re probably wondering why we wound up at a Korean restaurant… As it turns out, there’s wasn’t a lot of restaurant options near our hotel and, by the time we had returned, most of the other restaurants had big lineups.
Since we were quickly turning hangry, we decided on Hanbijae in the LaQua shopping centre since the lineup wasn’t too long. Inside, the restaurant was relatively spacious and filled with mainly female diners. 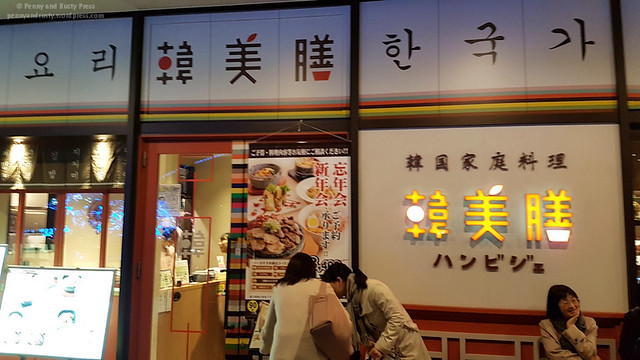 The menus were mainly in Japanese but you could pretty much tell based on the pictures. We decided on trying the Bibimbap set menu for ¥1380 which included a small Korean pancake, japchae salad, soup, and dessert. We also ordered a salad roll for ¥680. Compared with Korean restaurants in Vancouver, this is pretty inexpensive with the bimbimbap set working out to about $16 CAD. 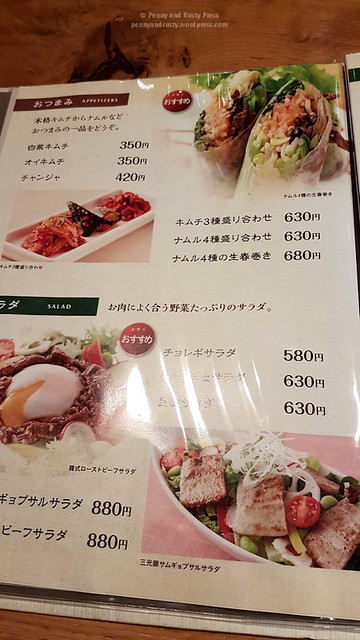 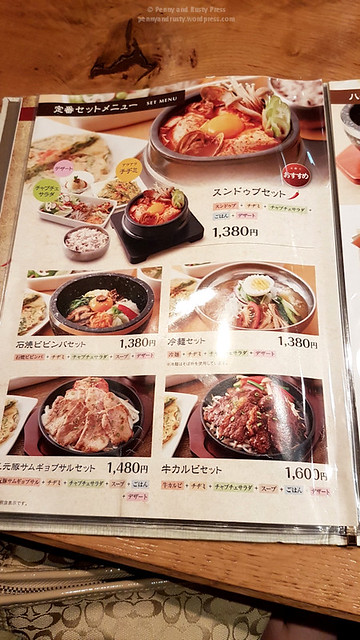 The vegetarian salad roll was actually quite good although it fell apart very easily. 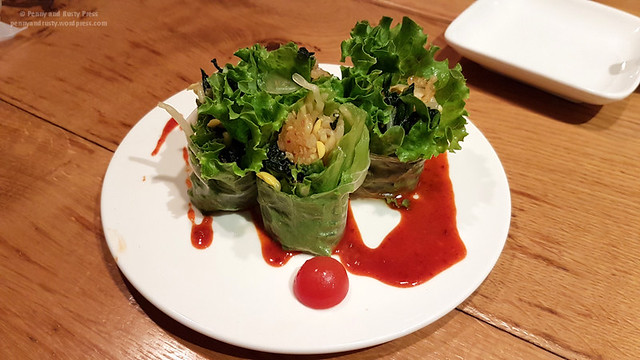 The bibimbap was served in a hot stone bowl which created a nice crispness in the rice. Similarly, the Korean pancake was crisp to the bite. 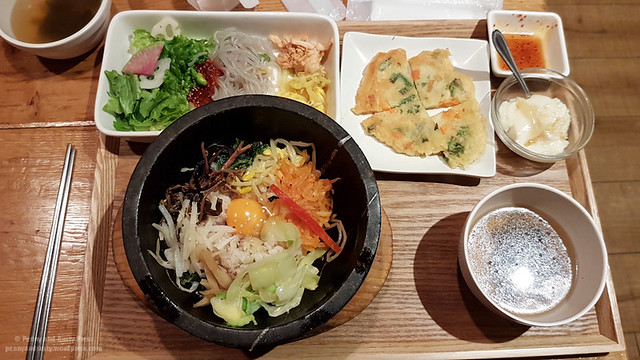 Although Korean food in Japan wasn’t my first choice, the food was pretty good and it was nice to have a bit of variety to mix things up.