It’s hard to believe but the Land of the Rising Sun had their first taste of the Golden Arches back in 1971 when a McDonald’s opened in Ginza. Since then, McDonald’s has grown to become a staple in Japan. Staying near the Suidōbashi Station during our trip to Japan meant that it was easy to grab a quick breakfast at this particular McDonald’s located across from Tokyo Dome and on the outer portion of the Kanda River Aqueduct.

The building is very narrow here and you basically walk right up to the counter from the sidewalk. Ordering isn’t too difficult because they have a menu at the counter that you can just point and select. Plus, some of the servers there understand basic English.

While there are a few differences in the menu in Japan, most of the breakfast items were very familiar. We did consider ordering the corn soup for breakfast but wound up instead with this Chicken and Egg McMuffin… basically a McChicken patty replacing the regular sausage patty. The muffin seemed softer than the ones we have back in Vancouver and the ketchup and mustard taste slightly different, as well as the hash browns. 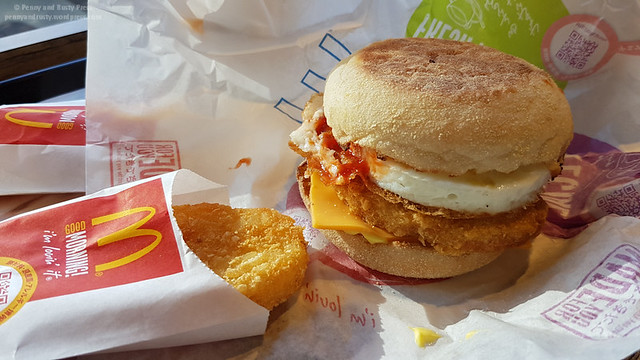 While they also make Big Breakfast meals here, it seems to take them a long time to make. 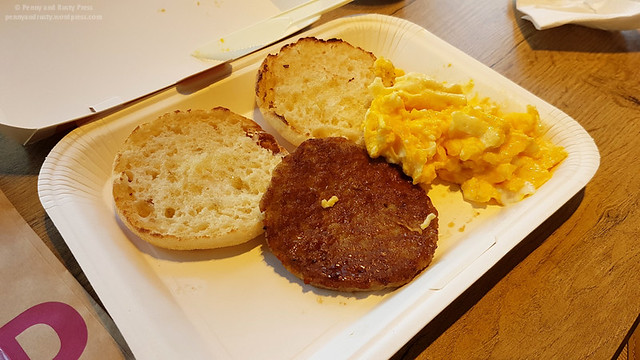 If you’re feeling a bit hungry, you might want to try the Mega Muffin which includes both double-sausage patties and bacon on a regular egg McMuffin. Seems like they’re picking up some bad western habits in Japan. 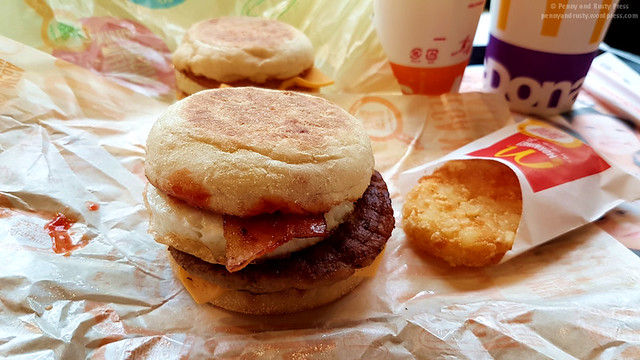