Ho Yuen Kee is a smallish restaurant and, due to how busy it gets, the tight quarters is a bit annoying (although not unexpected at some Chinese restaurants). They really need more servers here because service was sloooooow!

First off the bat was the Shredded Chicken with Jelly Fish ($16.50). I found that this dish was okay but not as good as Flamingo or Koon Bo. 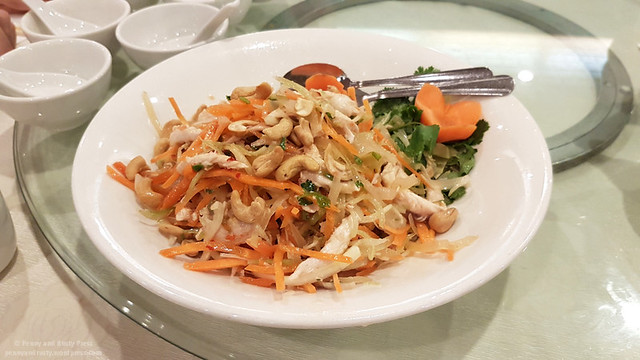 The Peking Duck ($45.80 for 2 dishes) came out and I was pleasantly surprised that they actually gave us enough wrappers for the Peking Duck (at some restaurants, they skimp out on the wrappers and make you pay for more). On the downside, all of the shrimp chips seemed to be broken 😦 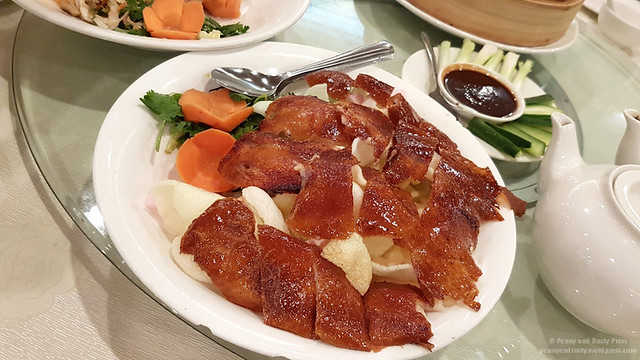 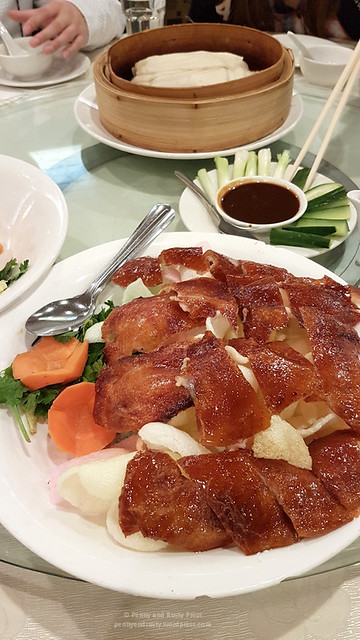 The second dish of Peking Duck was the duck lettuce wrap. The filling was quite meaty and the duck was juicy and tender. 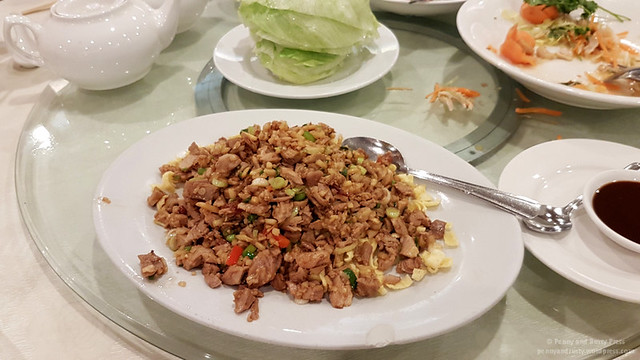 Okay, this is the dish that we really came for (and almost every table in the restaurant ordered it)… Lobster Sticky Rice ($118 which included 2 orders of glutinous rice). I found the sticky rice (with corn niblets and tobiko) was moist and better than what we had at Golden Swan but it was definitely not as flavourful as what we had at Flamingo. In addition, they didn’t do a very good job of cutting up the lobster since it was very difficult to get the meat out of the shell. 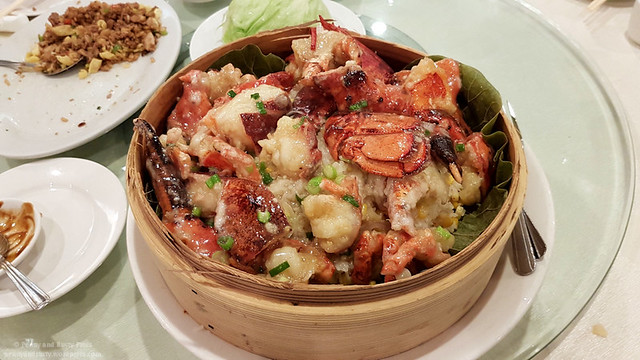 I really liked the Braised Soft Tofu ($14.95) as the thick egg tofu was so tender to bite into. 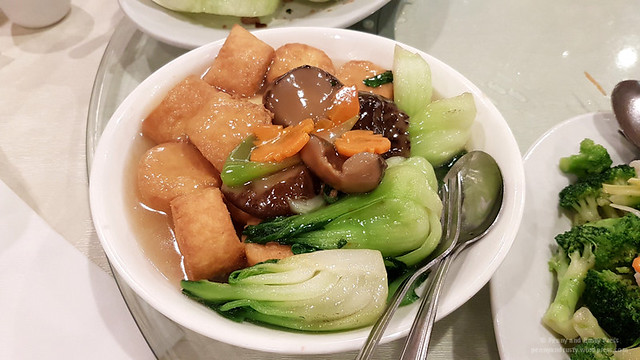 We needed some more veggies so we also ordered the some seafood with veggies ($20.95) which included sauteed squid, shrimp, celery, snow peas, and scallops. 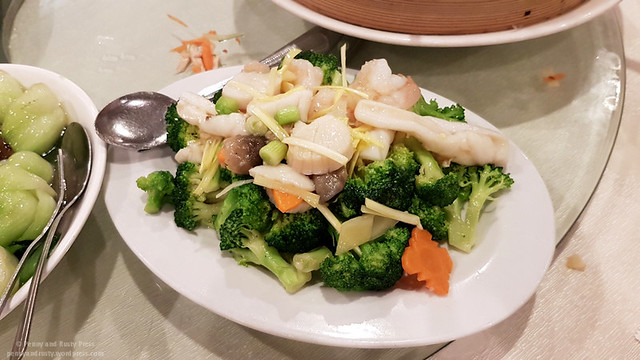 The Oyster and Green Onion Hot Pot ($18.80) arrived in a rather small pot with large oysters. I thought the oysters were a bit overcooked. 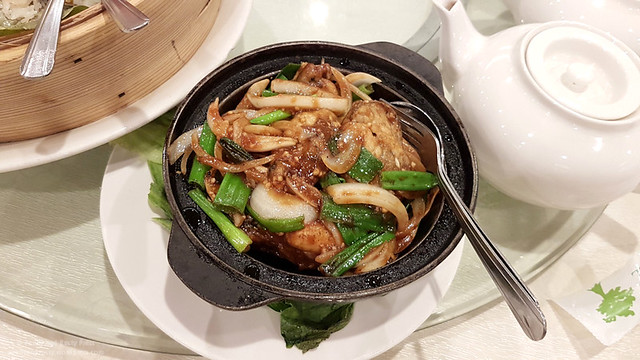 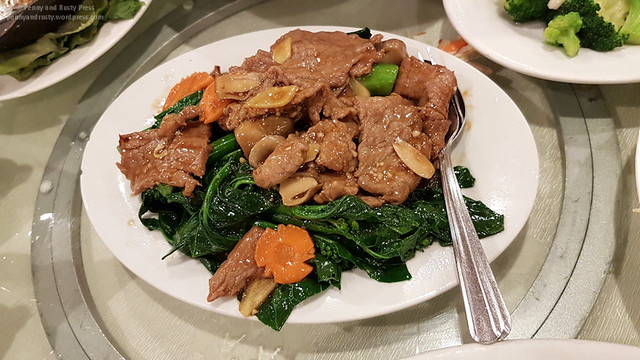 Last up was the dessert soup made of green beans. It was pretty good and not overly sweet like some of the red bean soups we’ve had at other restaurants. 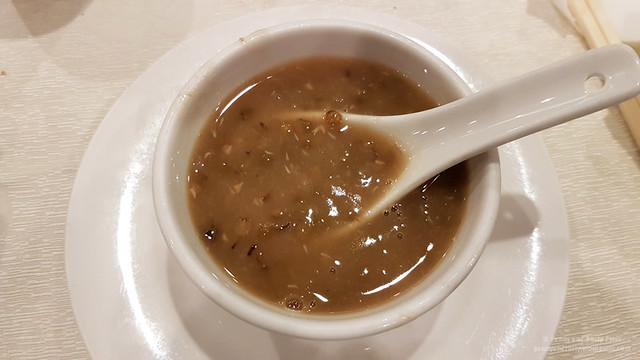 Overall, the lobster sticky rice here was a bit overrated but they do have some other good dishes.