While running errands back in October, we were looking for something quick and tasty to eat around the Broadway area. Since there is an overabundance of sushi places in Vancouver, we decided to try Sushi Dragon.

This restaurant is rather narrow but the large mirrors on the left wall makes the place feel bigger than it really is. It seemed like they cater mostly to take-out orders as we saw a lot of people coming in to pick up their orders while we waited for our food.

The Beef Teriyaki ($6.50) was pretty good and at a relatively fair price. The thin slices of beef were covered in a nice sauce. 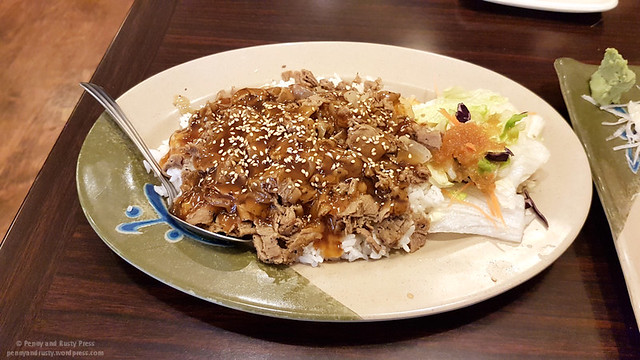 The House Special Roll ($5.50) had tuna, salmon, scallop and fake crab on the inside and was topped with tobiko. 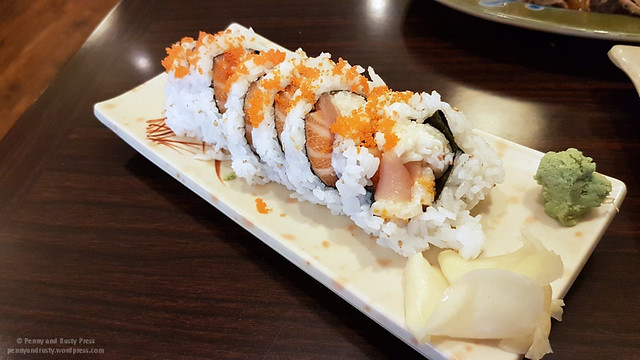 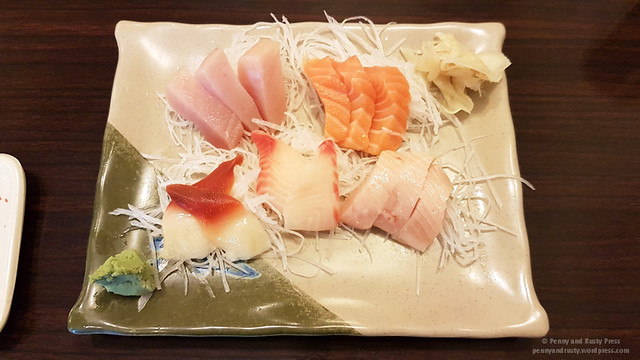 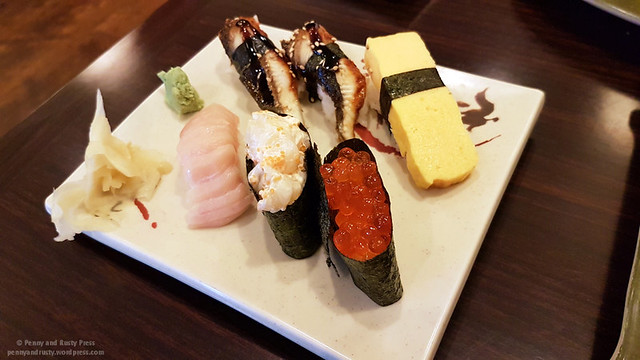 I was actually surprised at how good the food was at this small little take-out shop.