Safari Snack House is a tiny little shop located in a mini mall on Canada Way. I came here around noon for lunch on a weekday and found that it was quite busy… especially with people coming for take-out orders.

The interior of this Indo-African fusion snack shop isn’t much to look at. It does indeed look like a snack shop but they do have some tables for patrons who decide on eating in. Underneath the glass table tops, they have their menu listed and I decided to go with their Lunch Special ($5.95) which is available between 11am and 3pm (closed on Tuesdays). 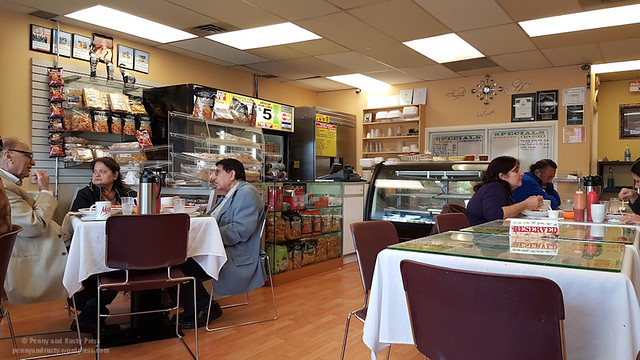 For the lunch special, you can pick any two pieces of samosa, kabab, or daal bhajia plus mogo or ismali bhajia. I picked the mogo which is an African delicacy of cassava… they actually turned out to be very similar to thick steak fries but denser. Because of this, the cassava was very filling. I really needed some sauce for this so I used some of the hot sauce and their signature chutney (wasn’t a big fan of their chutney as it seemed to be a bit too dense from sitting in the fridge). 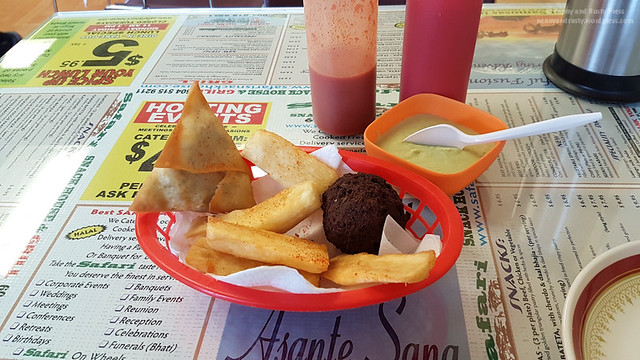 The kebab had a super crispy outer coating. It was like a shell which kept the inside juicy and moist. 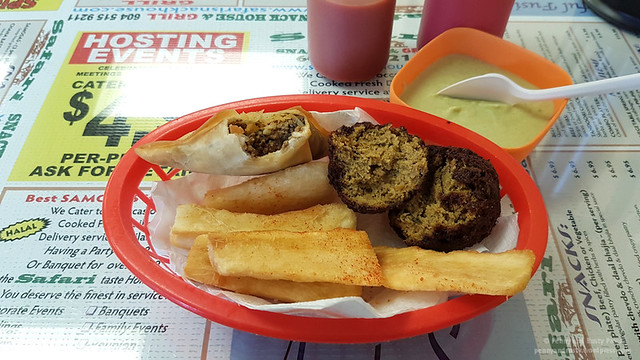 Supposedly, this place was voted for having the best samosa so I had to give that a try. Unlike some samosas which have a thicker coating, the ones here have a thin and crispy wrapper. I have to admit that I really liked their version as it’s lighter. You definitely won’t get full eating just one of these samosas so you might want to order a bunch.

They’re closed on Tuesdays and I’d suggest avoiding the busy noon hour rush given the lack of parking. Overall, give the samosas or kebab a try as they really hit the spot.