I’m not really sure why it’s taken me so long to try dosas… I’ve always driven by House of Dosa on Kingsway but never stopped by. Well, one day I decided on trying Chettinad Dosa Palace in Burnaby, near the Safari Snack House.

I dropped by around noon on a weekday in late October and it was rather quiet although some other diners started to arrive a little later. 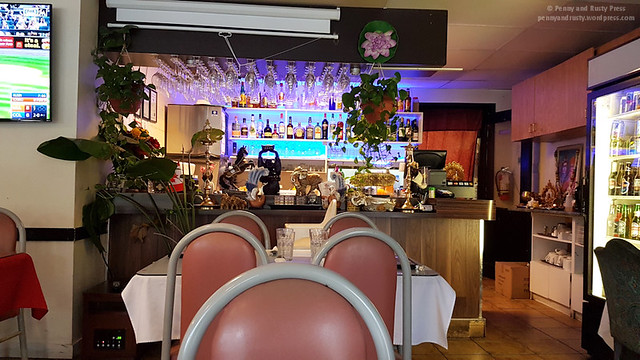 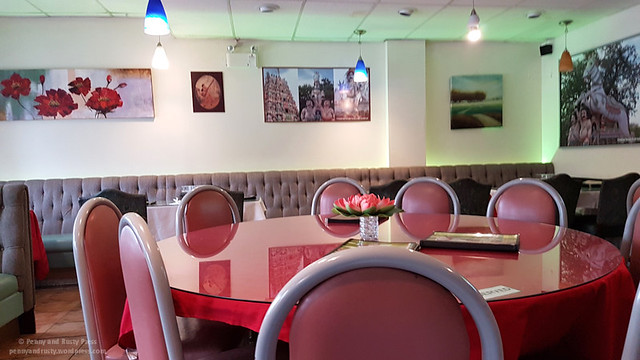 I opted for the Lamb Vindaloo Dosa ($14.95) and asked for a medium spicy level. It arrived on a metal tray with some spicy soup and cold dipping sauces. I was surprised at how large the dosa was (it was literally hanging a couple of inches off the metal serving tray) but both ends of the dosa were empty. 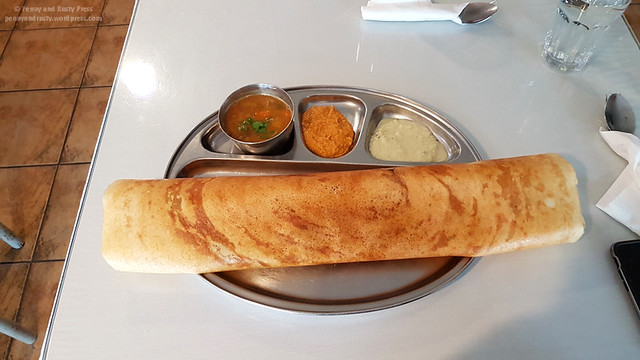 Inside the thin wrapper was tender chunks of lamb (some of which had fattier pieces), peas, potatoes, and onions. While similar to a crepe, the dosa was slightly crisp on the exterior while the inside was softer. 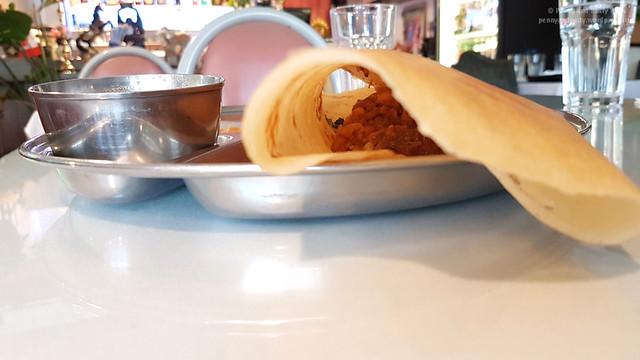 The dosa looks a lot bigger than it is but it was still pretty filling. I thought that the dipping sauces were a bit on the weak side. 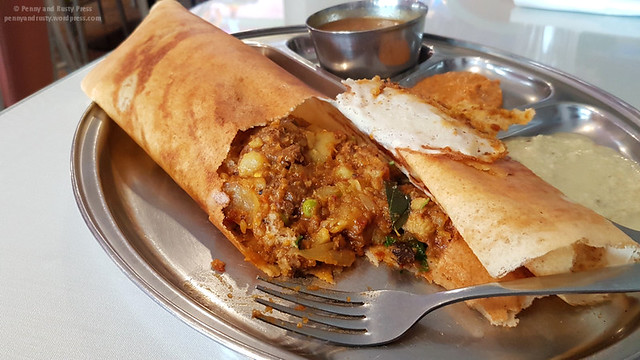 Overall, not bad but nothing really to call home about. The dosa seems to take second stage to the filling.