In the heart of downtown lies one of the most iconic hotels in Vancouver, Hotel Vancouver – or as it’s currently branded, Fairmont Hotel Vancouver. We came by for Afternoon Tea in early December only to find out that all of the roads were closed due to the annual Santa Claus Parade and we were on the wrong side of West Georgia Street.

Despite being only a few metres away, we had to fight through throngs of people lining the sidewalks and make a large detour before we could finally get inside the hotel. Once inside, we headed over to Notch 8 Restaurant, at the former location of the 900 West Lounge. We’ve had Afternoon Tea at 900 West before and were expecting some tasty treats and good service… they didn’t disappoint. 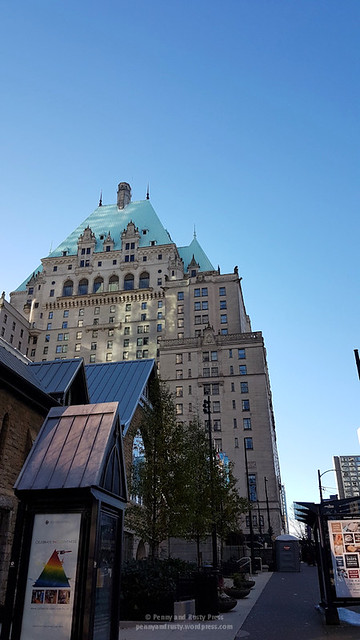 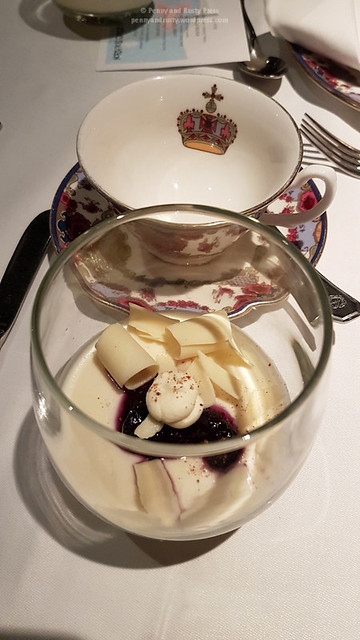 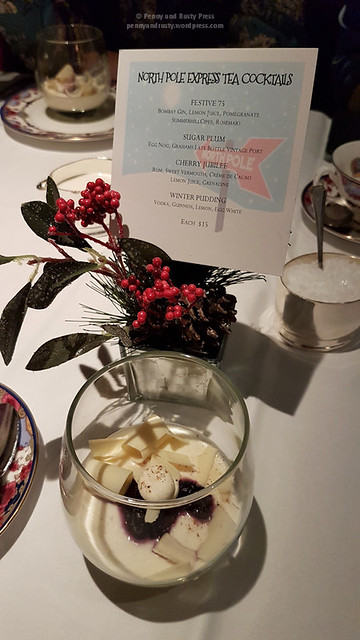 As we were heading into Christmas, our menu was actually themed as the North Pole Express Tea which began with Eggnog Panna Cotta with Saskatoon Berry Compote. I’m not usually a big fan of panna cotta but this was a nice, light start to our meal. 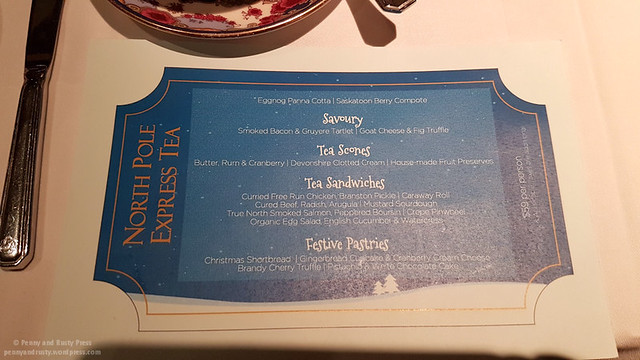 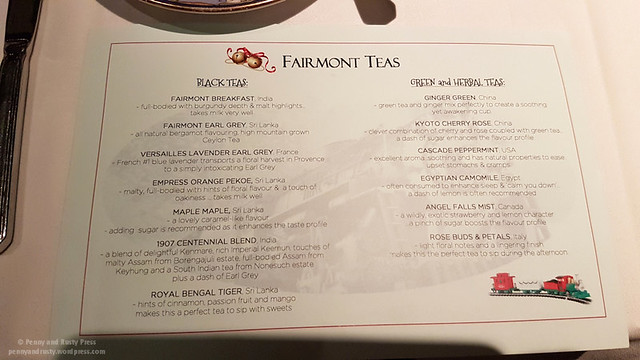 For our tea selections, we opted for the Royal Bengal Tiger with hints of cinnamon, passion fruit and mango as well as the Rose Bud and Petals with light floral notes and a lingering finish. 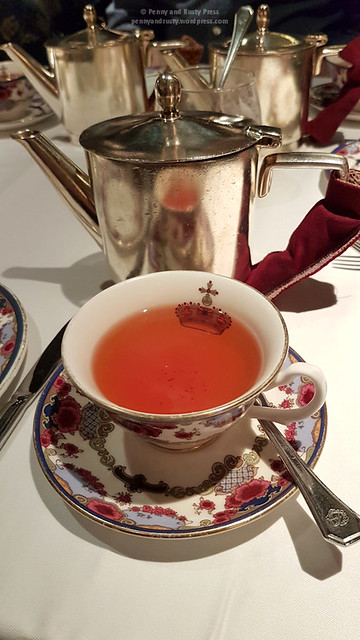 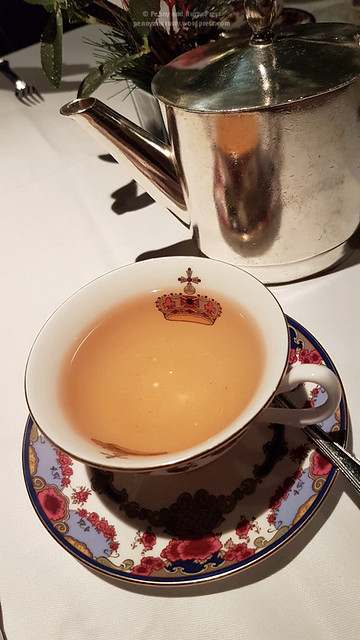 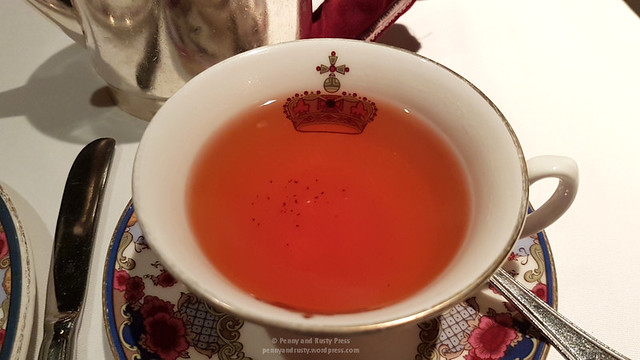 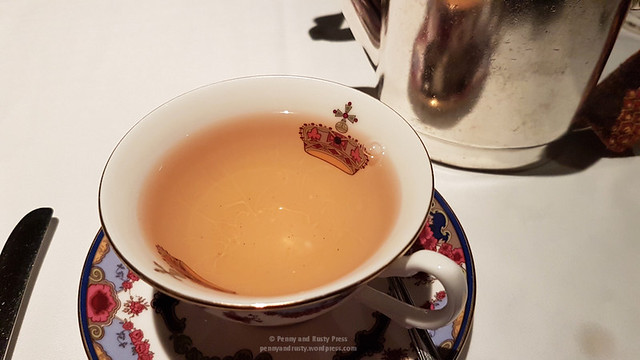 Before our three-tiered selection of goodies arrived, they brought us out a small ham and gruyère tart and a cashew-covered goat cheese ball. 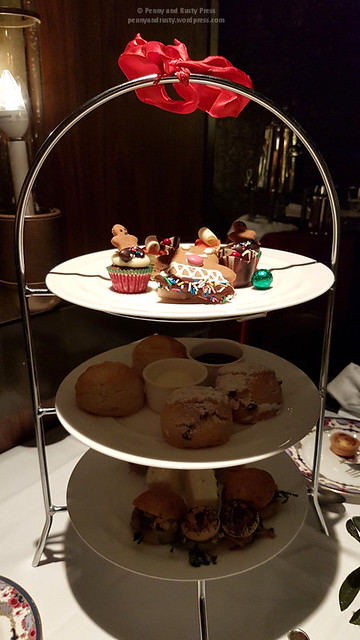 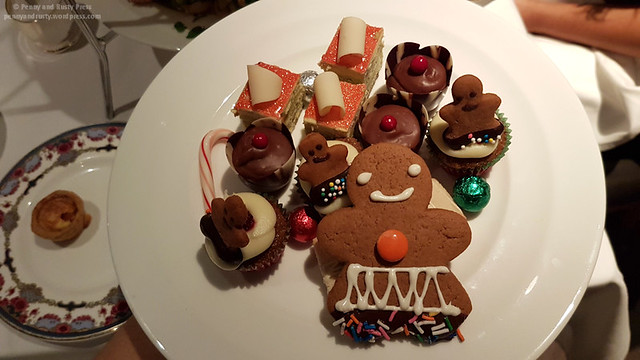 The Butter, Rum & Cranberry scones were accompanied by Devonshire clotted cream and house-made fruit preserves… for me, this is the best part of afternoon tea. 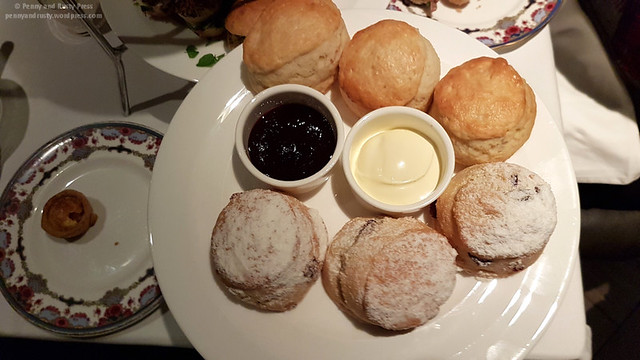 As for the savory sandwiches, that included the curried chicken, the cured beef with radish and arugula, the smoked salmon with peppered Boursin pinwheel, and the English cucumber and watercress on white bread. 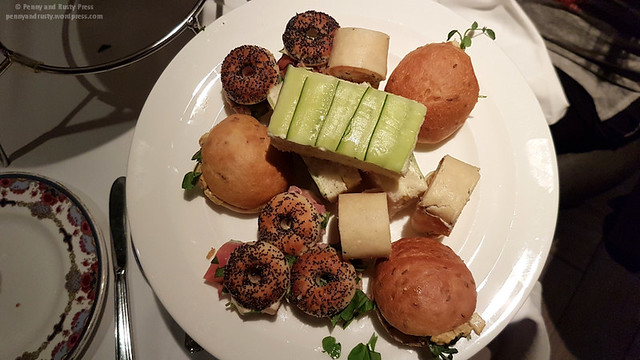 Personally, my favourite savory item was the pinwheel. 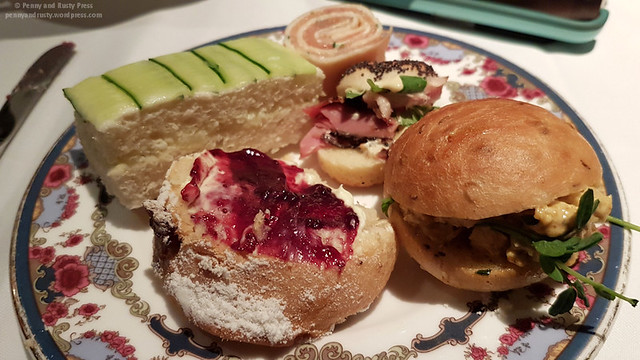 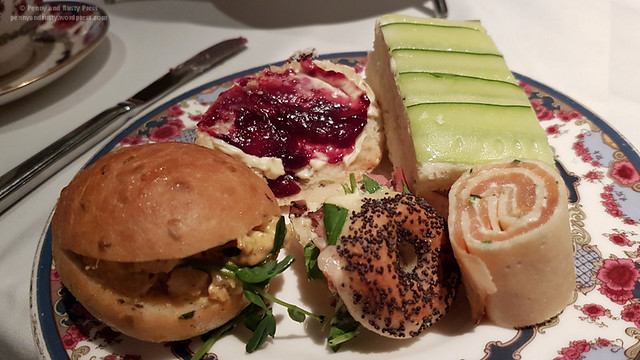 Overall, I found the sweets were a bit too sweet for me… that’s why it’s a good idea to alternate between sweet and savory items instead of saving up all of the desserts until the end. 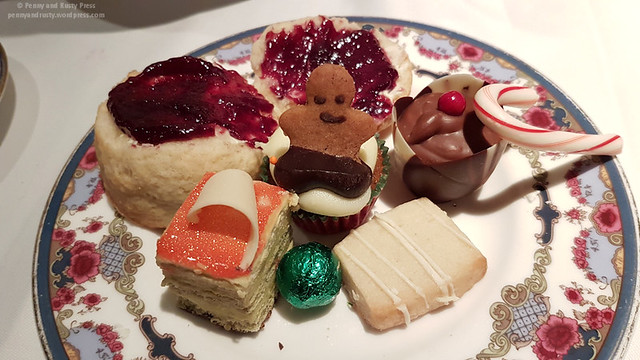 Afternoon Tea at the Fairmont Hotel Vancouver is still one of the better options in town.