It was over two years ago that I first visited Miku Restaurant in downtown Vancouver. From that moment, I knew that I’d eventually be back but I had no idea it would take so long for a revisit.

As Miku is located near Canada Place, this place gets pretty busy with both the tourists and the downtown set.

We decided to order the Coal Harbour Platter ($32) along with the Miku Zen ($28) and added an extra miso soup ($3). It’s a bit steep for miso soup as many Japanese restaurants will give it to you for free, but the food at Miku is of a high standard and I have to admit that the miso soup here is better than most of the free ones I’ve had. Similarly, tea for two people here came out to $6. 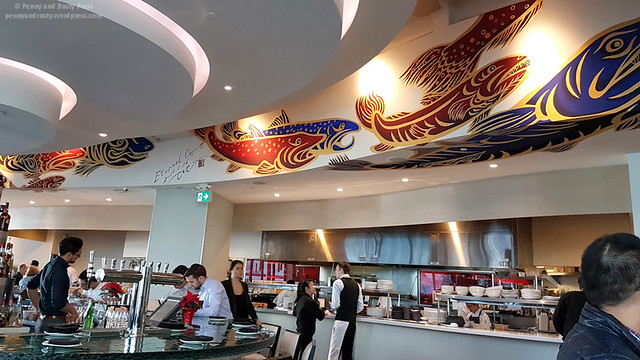 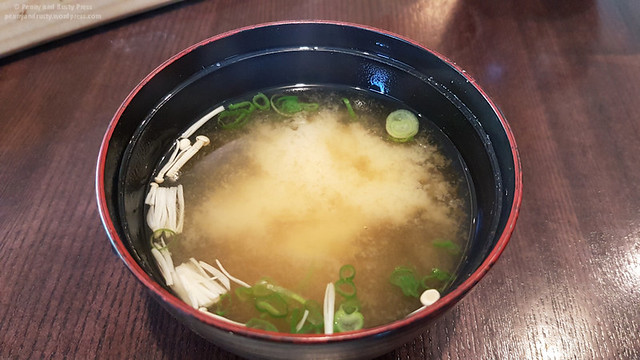 The Miku Zen is a selection of four seasonal items served with five pieces of their signature aburi sushi. It’s a good choice if you’re looking to try a bunch of different items. 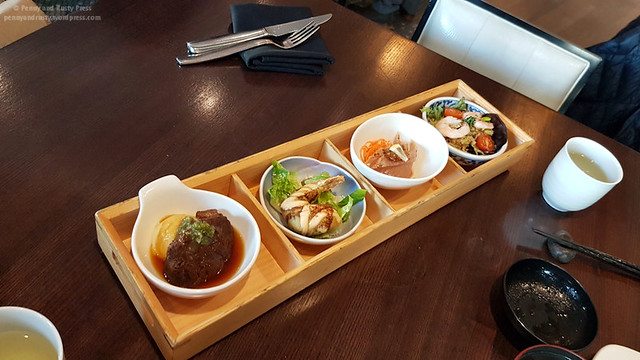 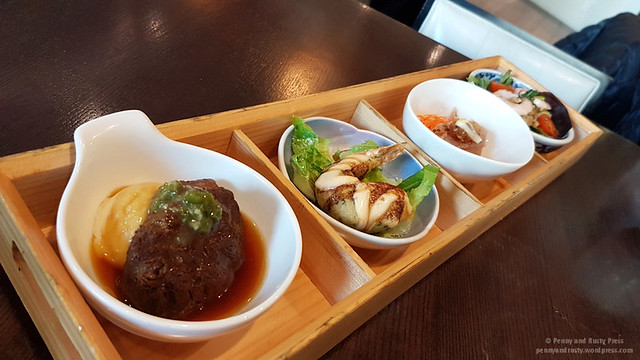 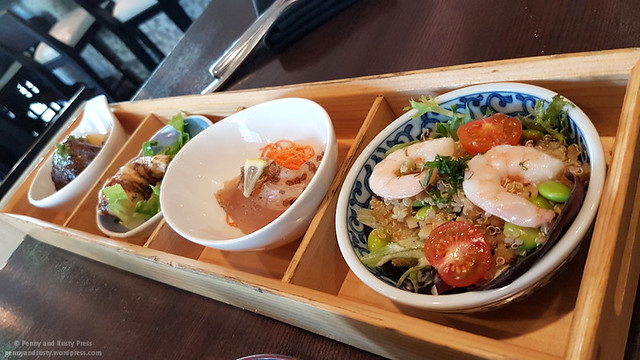 The tender braised beef shank was served on top a smooth and creamy potato purée. Next to that was their ebi fritter – a large white tiger prawn that’s beer battered and served with a sweet chili aioli and soy-balsamic reduction. 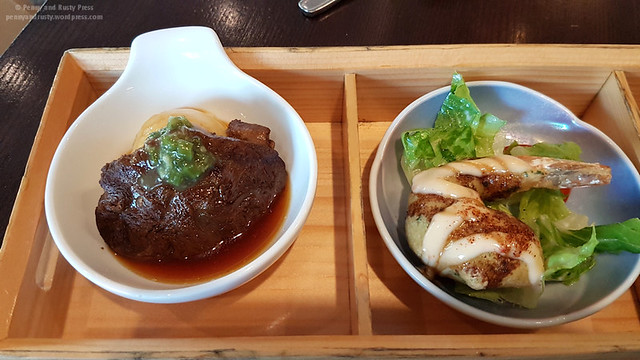 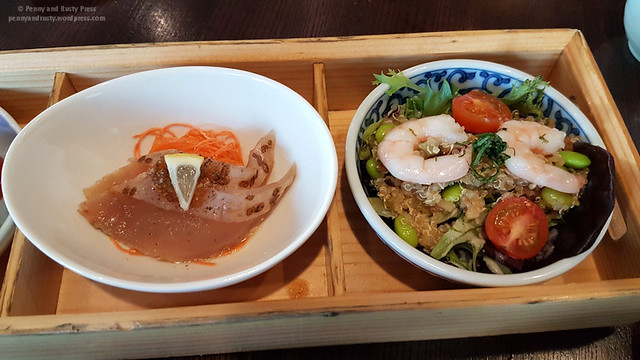 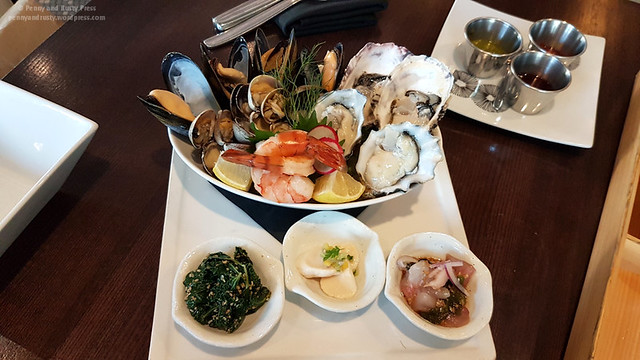 This bowl of shellfish was really quite good… the mussels were super fresh and plump and the prawns were very meaty. 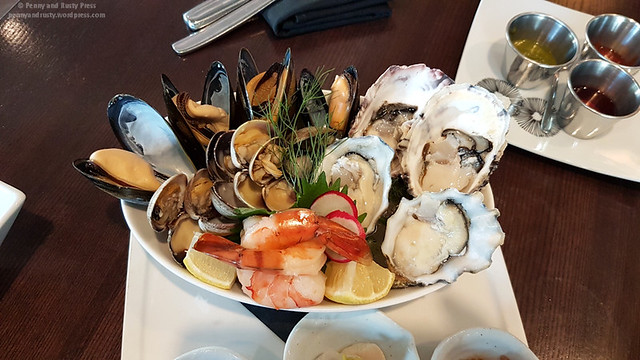 I’m not much of a kale person so I could have taken or left the kale gomaae. Similarly, the ceviche wasn’t very interesting. 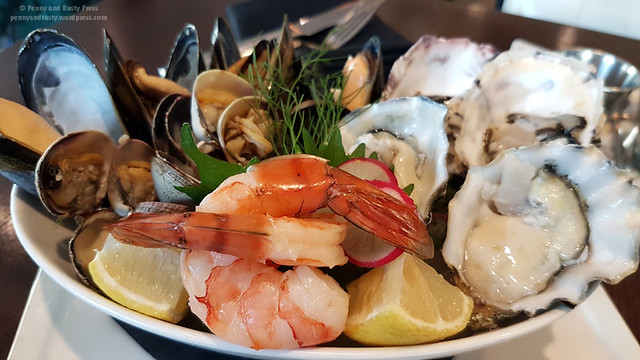 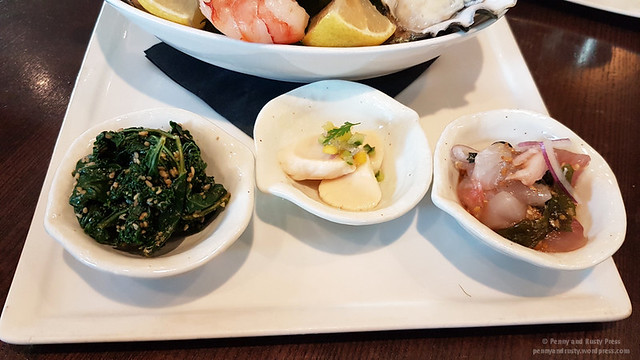 Service was a bit off on this day… we waited and waited for our aburi sushi to arrive but finally had to ask the server about it. 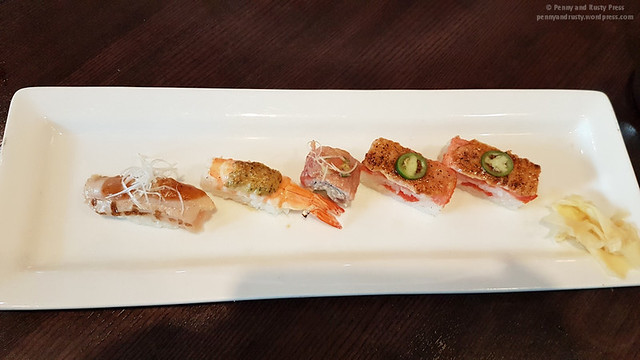 The aburi sushi came with 2 pieces of their signature salmon oshi sushi and 3 other pieces of sushi. 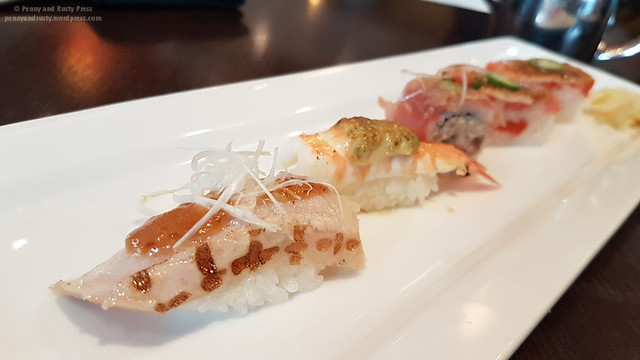 Oshi is basically pressed sushi (they use a mold) and they give the salmon a light torch (aburi) which, when paired with the Miku sauce, just melts in your mouth. 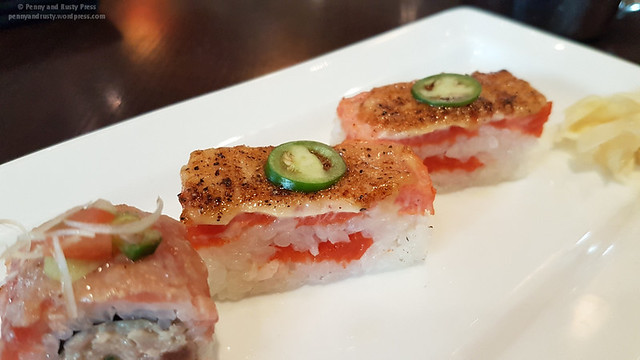 Overall, the food is pretty good here… it’s a bit on the expensive side but the seafood is quite fresh.