Located right next to their sister restaurant, Sweet Obsession, you know that walking into Trafalgars Bistro means you have to save some room for dessert.

Access to this French bistro is on Trafalgar Street and there is plenty of free street parking available on the W 16th cross street. On our visit in early December, the roads were very quiet due to the recent snow storm. However, as we dined, we noticed that the restaurant filled up pretty quickly so they probably have a big local following in the neighbourhood.

Lighting is dim, which makes taking pictures a bit of a problem unless you get one of the tables with a direct overhead light. I suppose it adds to the understated atmosphere. Our meal began with some warm crusty bread. 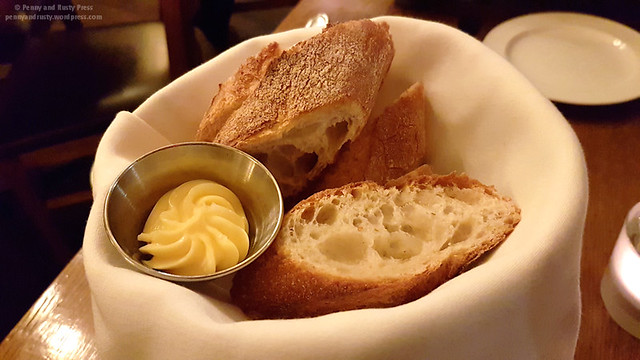 That was followed up with Salt Spring Moules ($14) in a thyme cream broth with house-smoked bacon, garlic, and green onions. 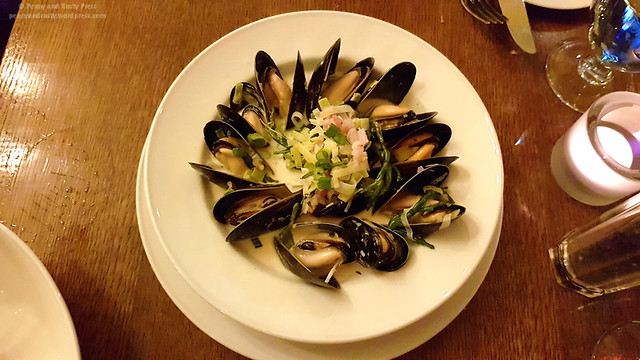 The mussels were quite plump and fresh and the crusty bread that we had was perfect for dipping in the creamy sauce. 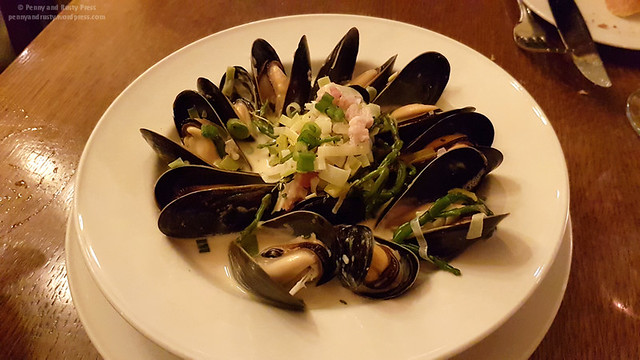 The Peace Country Lamb Stew ($27) with almond & sage spätzle, heirloom carrots, and preserved lemon crème fraiche was heavenly. The lamb was superbly fork tender and flavourful… looking at these pictures and I can still taste it. 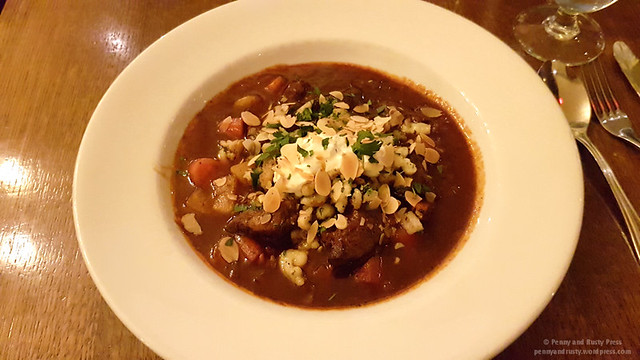 The 6oz Beef Tenderloin with espresso carrots was on the fresh sheet for the day. While generally tender, there were some parts of the tenderloin that were difficult to cut through. We were pleasantly surprised that the espresso carrots didn’t really taste like coffee. 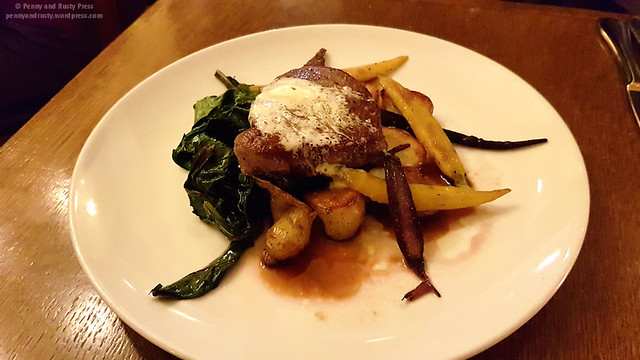 We added a side of Brussels Sprouts which was more than large enough to share among the two of us. 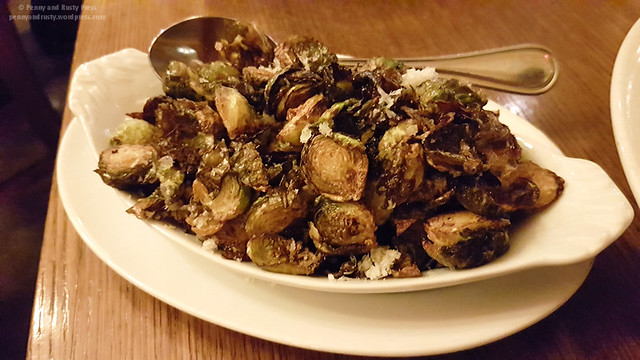 As I mentioned, Trafalgars has a big dessert menu because of their sister restaurant, Sweet Obsession. I picked the Neopolitan Cake ($14.50) which had layers of chocolate cake, vanilla buttercream, and whole raspberries served with raspberry coulis. 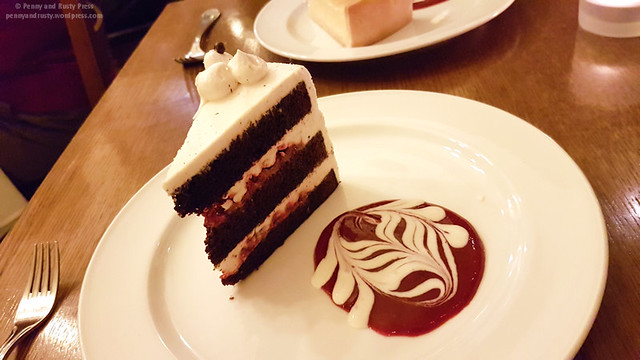 The Passion Fruit Flan ($14.50) was a bit tart with the passion fruit custard in the flaky pastry shell. 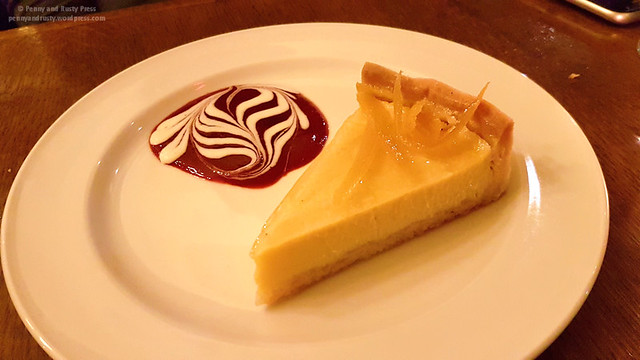 The food was quite good here… I’d like to stop by for brunch sometime when the natural light is sure to make the pictures look much better.