Recently, Vancouver has seen a rise in the number of seafood boils in town. It’s not hard to understand why… Vancouver has access to a lot of great seafood and we’re always on the lookout for new food trends.

The Captain’s Boil, a chain from back east, set up shop in Richmond last year and has now opened up a location in Vancouver at Kingsway and Joyce. Given this location being much more accessible for us, we dropped by at the end of December to try them out and see what the whole hype was about.

The menu, and concept, is pretty simple… you pick your protein, your flavour, spice level, and add any sides that you like. 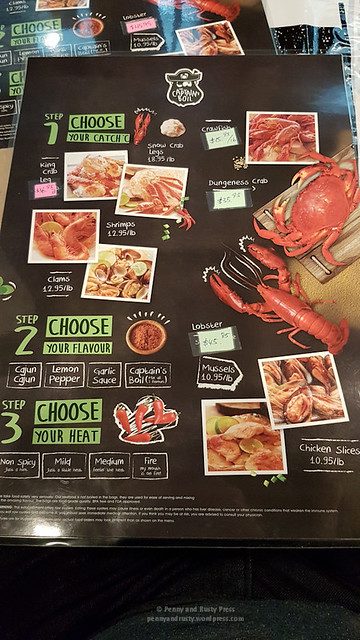 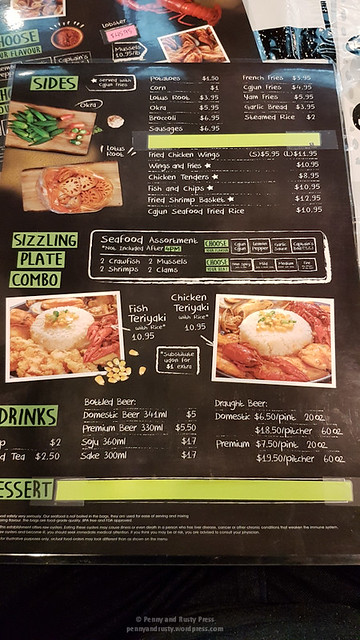 Each diner gets a plastic bib and gloves and they bring out your seafood in baggies… meant to keep things a little cleaner. The table is covered with a brown paper sheet so you could, if you wanted to, dump all of your seafood out on the table and enjoy a more traditional seafood boil. 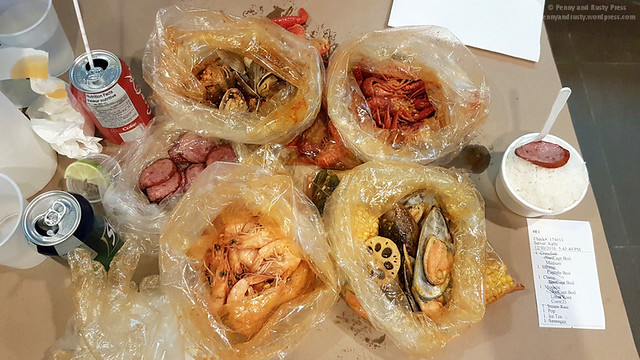 It would make for a better picture than leaving the seafood in their little baggies but it would also be so much messier. 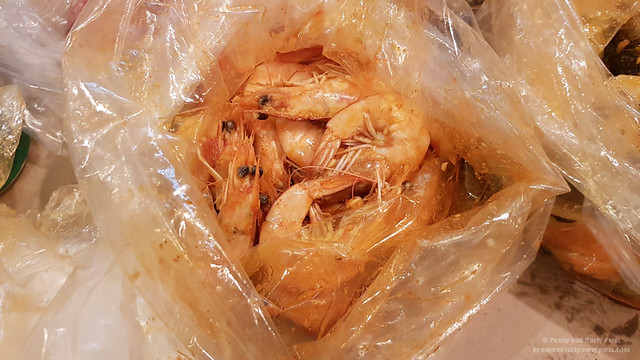 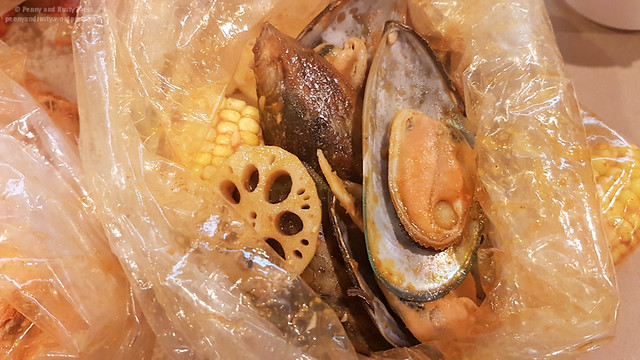 Since this restaurant had just opened, they had a big sign saying they were still training and working out the kinks (in so many words). I’d have to agree that they have a lot to work on here. 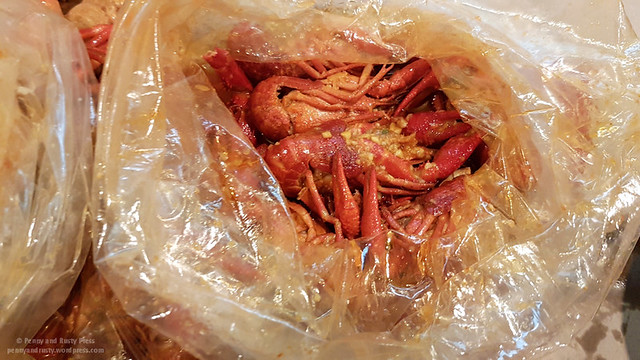 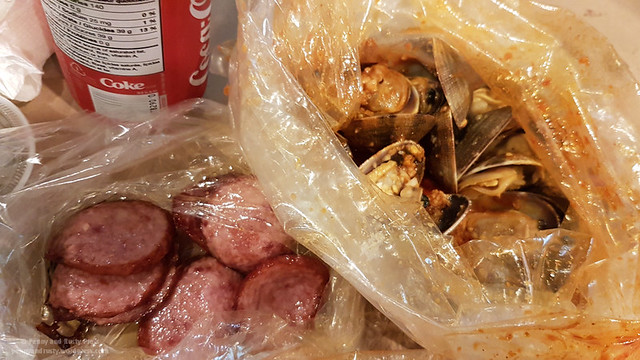 If you’ve never been to a seafood boil before, it can be a little daunting to try and figure out how much you need to order. We found that we ordered the perfect amount to be completely full at the end of our meal. However, I feel like they need more options for the uninitiated (something like a combo which had a little bit of different seafood).

As it was, they wound up getting our order wrong, even after confirming it. When we told them of their mistake, they didn’t now what to do. To fix our order, they wound up giving us the bag of crawfish that they previously given to another table by mistake (we could tell because the crawfish were colder than rest of our seafood and we had overheard the other table complaining that their order was wrong too). 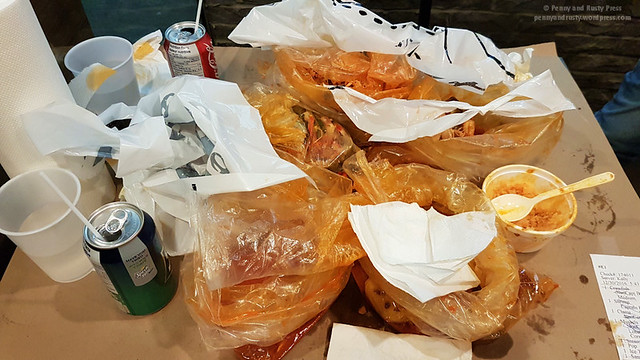 In terms of the food itself, it comes out very quick. The menu prices looked like they had already been changed since they opened and I felt the prices were a bit expensive given the limited amount of work they need to do here. The crawfish really wasn’t worth it as there was almost no meat inside and they were difficult to pry open. I preferred the shrimp, clams, and sausages of the bunch and thought that the lotus root slices were cut too thick.

We stuck with a medium heat which wasn’t overly spicy at first but we found that the heat builds in your mouth over time. Despite the gloves and bib, eating at a seafood boil is really messy and I found that the gloves developed holes from the sharp points of the crawfish.

At the end of our meal, they wound up overcharging us as well. While some of the seafood here was okay, I probably wouldn’t bother coming back as it seems overpriced for what you get… definitely nothing glamorous about eating here and getting covered in seafood sauce.