Shokudo is a Japanese restaurant that recently moved into the former Amorosa Pasta House location on Edmonds and 6th St (Amorosa moved next door to combine with their Greek Santali House). 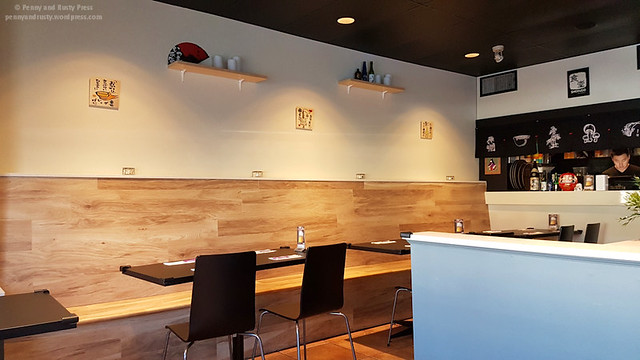 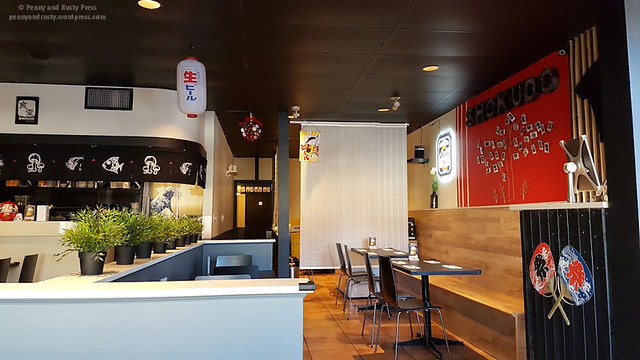 On my first visit in early January, I decided to try some of their kushiage (deep-fried meats and veggies on skewers). All of the kushiage were coated in a crisp panko breading and I picked the Fish Cake ($1.75 each), Fish Ball ($1.75 each), and Lotus Root ($0.75 each). While the lotus root was cut too thick for my liking, the fish cake was really good. This is really the kind of food that you have late at night with some drinks. The panko breading does fill you up though. 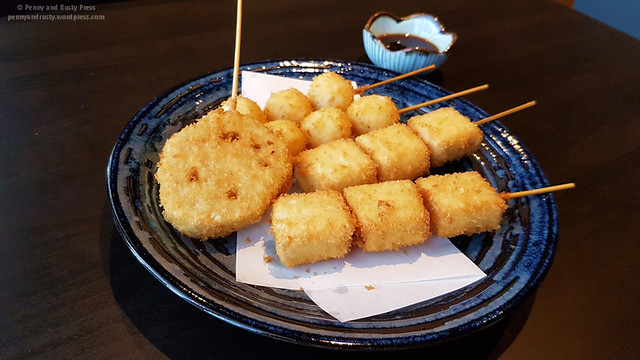 I also decided to try their version of Loco Moco ($11.95) – the famous Hawaiian dish featuring a Hamburg steak on top of rice with a fried egg and gravy. The beef patty was quite thick but the interior stayed moist. The only issue that I had with this dish was that the fried egg was cooked a bit too long as the yolk wasn’t runny. 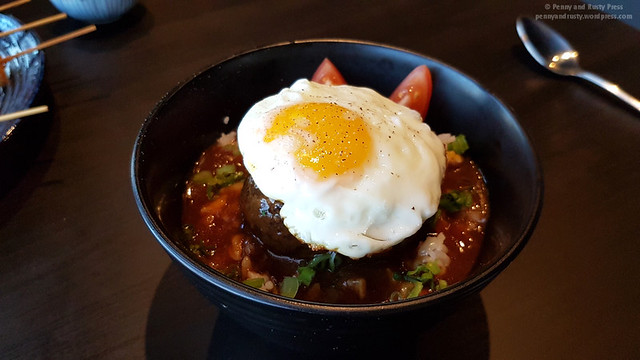 It took me a few months to come back for a revisit but I wanted to try some of their more traditional Japanese fare… I started out with the Iidako Karaage ($7.95) which is deep-fried, marinated baby octopus. These were pretty good. The octopus were battered and had a good crispness to the exterior while not being too chewy to the bite. 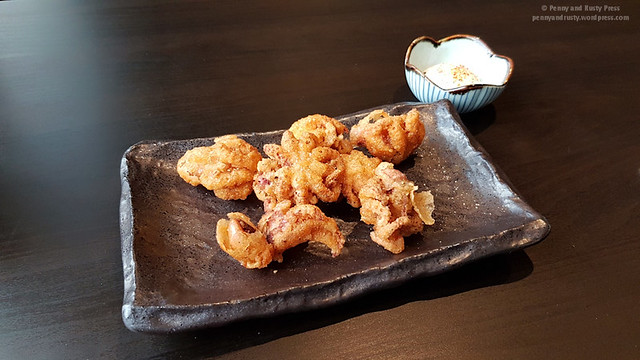 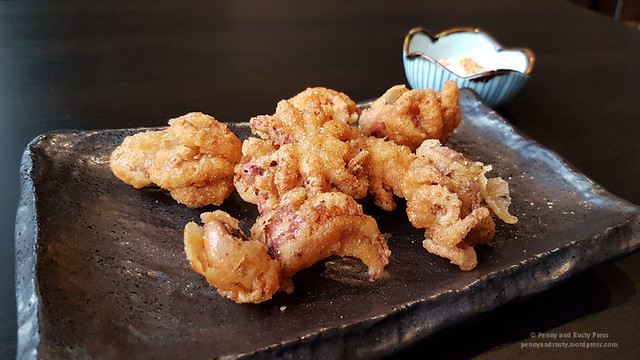 I also tried their homemade Kitsune Udon ($5.95) which is a steal of a price. The chewy, toothsome noodles are served with onions, carrots, enoki, green onions, and cucumbers all topped with thin tofu skin. The sweet marinated tofu skins were quite good, as was the light broth. 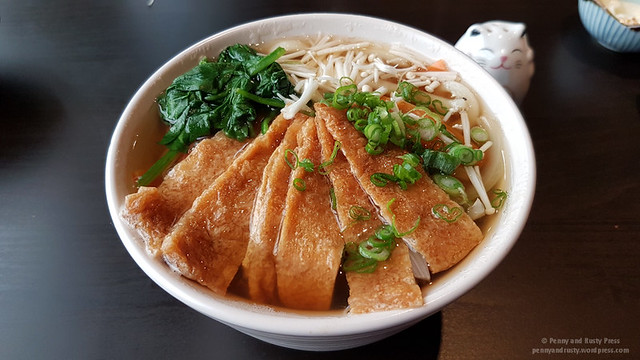 Their menu isn’t too extensive but it’s a nice alternative to the countless sushi shops you’ll find in the Lower Mainland.