If you’ve been following my blog for a while, you’ll know that I love breakfast. So when I heard about a place called “Breakfast Table”, I pretty much knew that I had to come and try it out (although I was partly worried that I’d wind up in a furniture store… that’s my kind of luck).

Fortunately, this spot turned out to be, in fact, a restaurant that serves yummy breakfast fare. I was also fortunate that I showed up early because the small shop filled up with patrons rather quickly.

I decided to try their Coffee-crusted Pork Belly Benedict with soft poached eggs ($16). I also added a glass of their House-made Tanzanian Chocolate Milk ($4). Seriously… if you try anything in this restaurant, you’ve got to try this out. 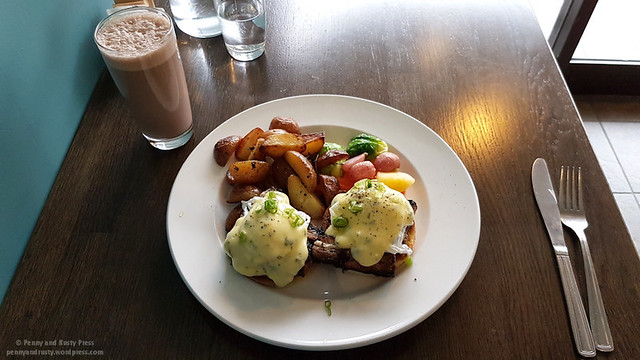 The chocolate milk is frothy and not overly bitter but you can definitely taste the flavour of the melted chocolate in the glass. 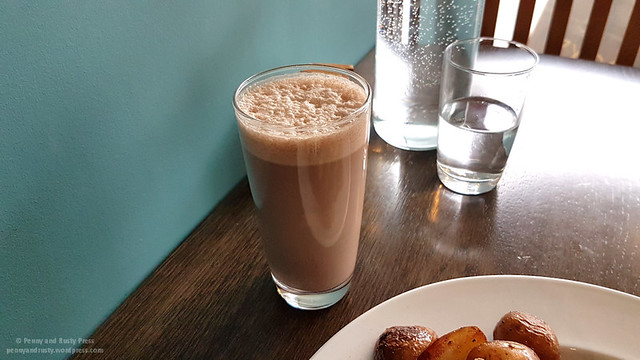 The tender pork belly paired well with the coffee-crusted bark. Contrary to what you might think, there wasn’t an overt coffee flavour to the crust (which suited my preferences). 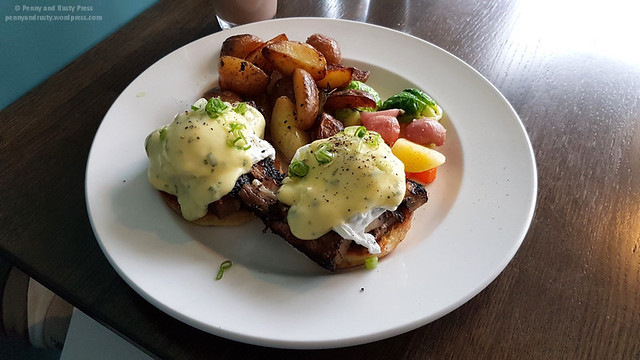 The potatoes were okay but lacked a crispy exterior. The biggest issue I had with this dish was that I found a bit of eggshell in my eggs. 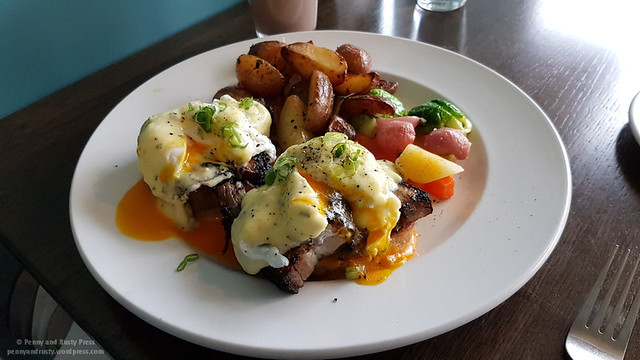 I brought my sweetie here for a revisit the following week. However, since we showed up later in the morning, this place was very busy (read: loud). The Hangry ($15) is the type of dish to order if you’re, well, hangry. You get 3 eggs, 2 slice of bacons, savory chicken sausages, toast, and hash browns. To be honest, this dish was just a bit standard… you should really try their coffee-crusted pork belly. 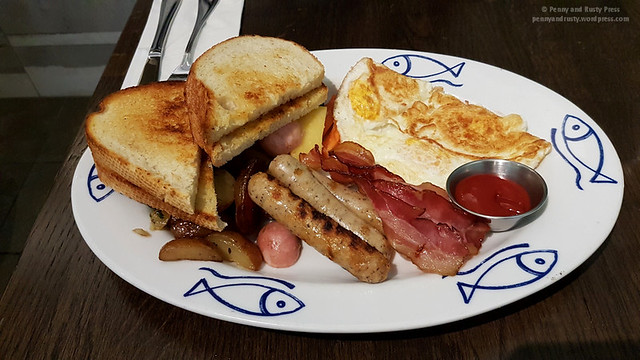 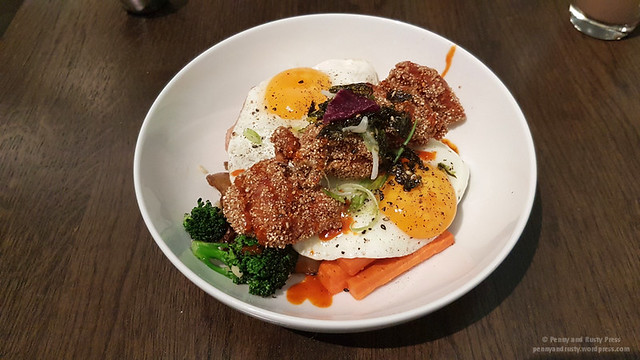 The fried chicken was boneless and had a nice, light, crispness on the exterior. 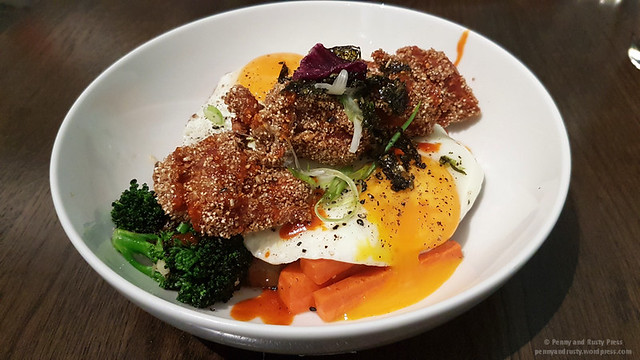 But seriously, if I haven’t mentioned it already… try the coffee-crusted pork belly!