It’s hard to believe that my last visit to this small but cute cafe, located on 12th Street in New Westminster, was 4 years ago. Back then, it was known as Amber’s Choice Cafe and I had fond memories of the sandwiches and soups that I had here.

A couple of months ago I noticed that the sign had changed so I decided to drop by to see how they were. Now called Kamini’s Corner Cafe, they still serve up a limited cafe menu during lunch but they seem to be working on a brisk catering service. 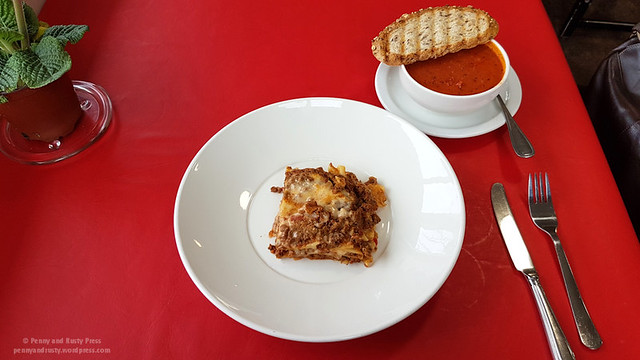 The lasagne is cheesy and meaty but the flavours are rather muted. It’s not bad considering the lasagne is pre-made and reheated. The tomato soup was both creamy and chunky and served with a slice of grilled bread. 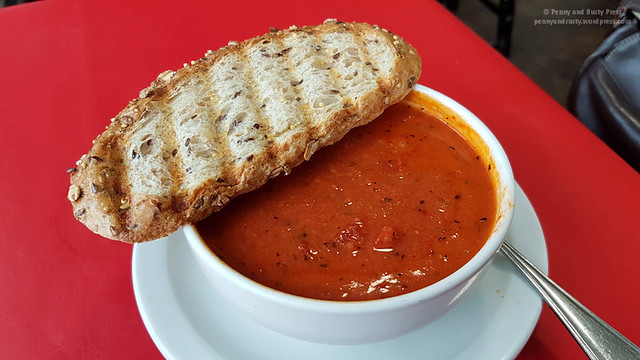 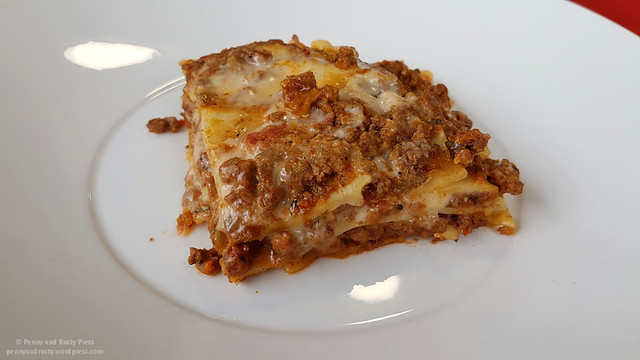 On my next visit, I picked the Shepherd’s Pie with Caesar Salad ($8.95) and paired it with a Hot Chocolate. The hot chocolate was basically dark chocolate and hot water (no milk) and it turned out pretty good… not overly sweet. 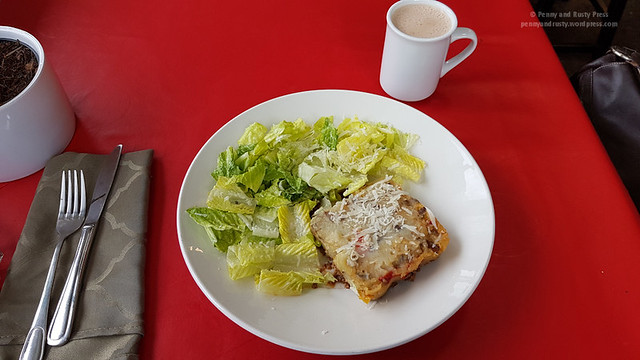 The dressing for the Caesar Salad wasn’t particularly creamy. The Shepherd’s Pie, like the lasagne, is pre-made and reheated. It was okay but rather plain… there were red and yellow peppers mixed with the ground meat and cheese but not much else. I suppose I’m used to having fluffy mashed potatoes on top. In some respects, it was very similar to the lasagne in both appearance and taste. 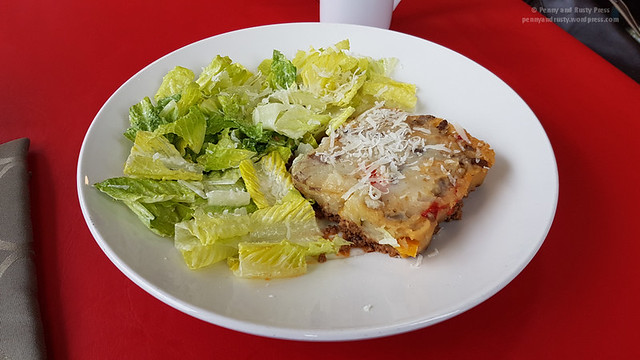 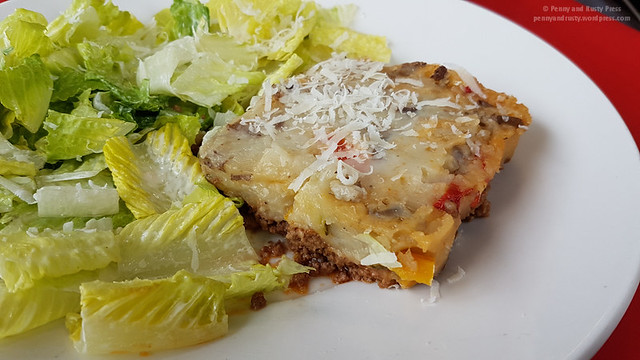 Overall, the food is okay – nothing astounding but good enough for a quick meal. Service was friendly but they seemed to be working on their catering/take-out orders when I arrived.