← IT Char Burger: Have You Got IT?
Indian Bombay Bistro: Chicken Malai →

The corner of Joyce and Wellington (near the Joyce Skytrain Station) seems to be the Bermuda triangle for restaurants… I’ve seen numerous restaurants come and go in this one spot. It’s a shame because I’ve liked most of the past restaurants.

Recently, a new sushi joint (of course) opened up here called Sushi Taku and I picked up some items for take-out back in February.

The Steamed Edamame was included free of charge for my order and greatly appreciated. 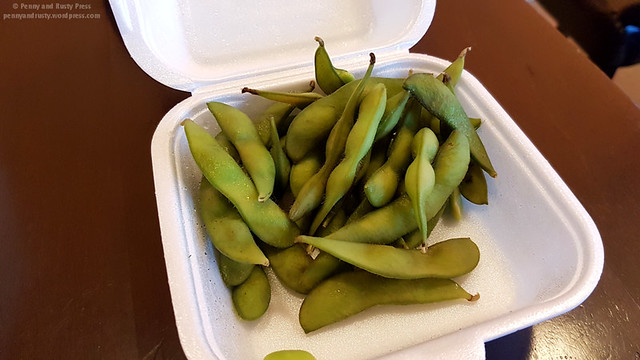 The lightly coated Chicken Karaage ($5.25) is a nice appy that comes with boneless chicken with a touch of crispness to the bite. 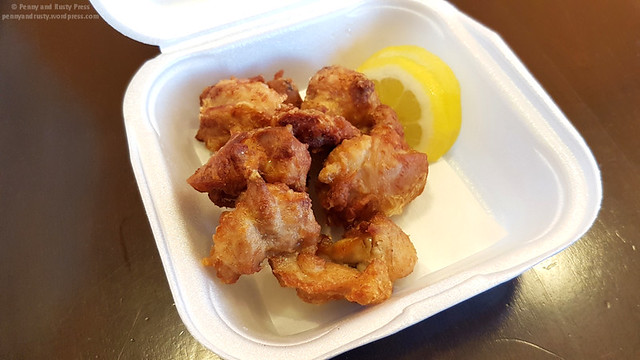 The Agedashi Tofu ($3.95) is fairly inexpensive for an appy. As this was for a take-out order, the dipping sauce came on the side. 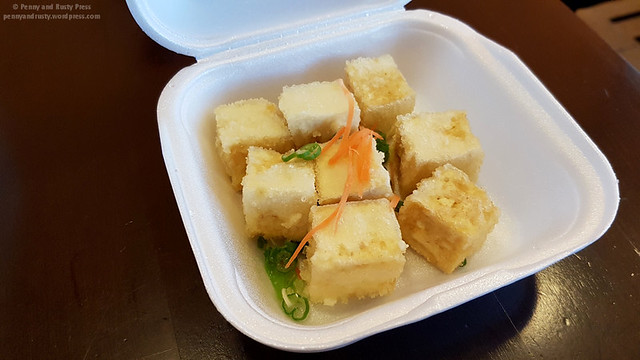 There’s nothing that I like better than a good Oyako Don ($8.95). The mix of chicken and egg, along with onions and greens, is so pleasing. 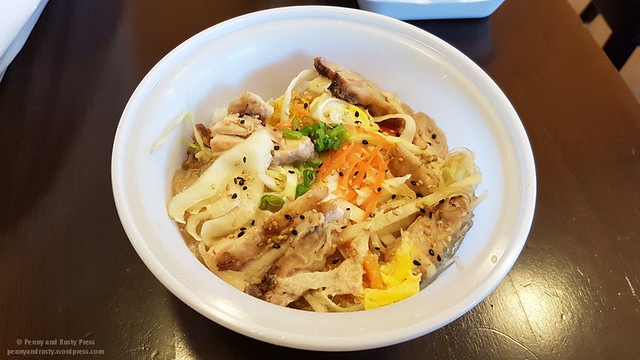 My only complaint about the Chicken Yaki Udon ($8.95) was that it was a bit on the small side. I did enjoy the thick, toothsome noodles though. 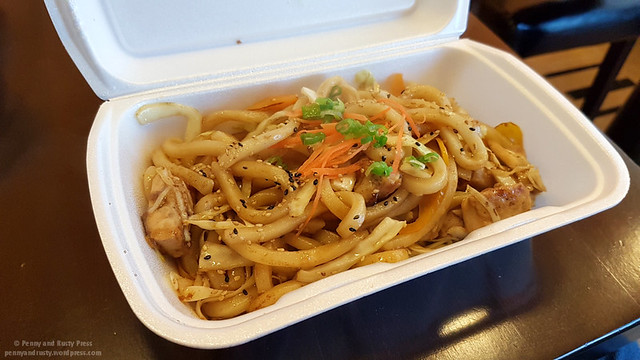 Of course, no visit to a sushi place would be complete without sushi or sashimi… so I picked up an order of Salmon Sashimi ($10.95) and a California Roll ($3.75). The farmed salmon sashimi was clean and smooth as it went down. I did like that the California roll wasn’t encased with too much rice. 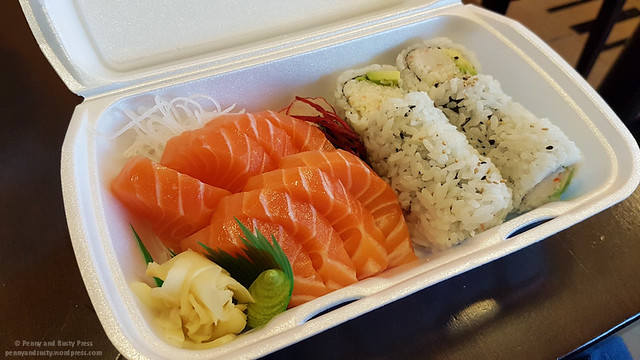 I came back a few months later for some more take-out. I made sure to grab some more Chicken Karaage ($5.25) because I do quite enjoy the light, crispy exterior that surrounds the boneless chicken meat. I also received a serving of complimentary edamame on this visit but failed to take a pic. 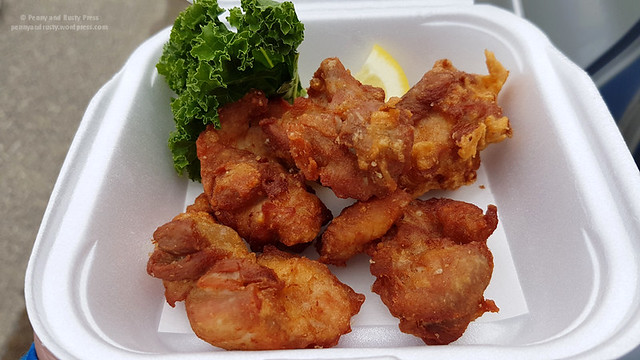 This time, I wanted to try one of their special sushi rolls… the Mango Mango Roll ($8.95) which has prawn tempura and imitation crab meat on the inside while topped with pieces of mango. 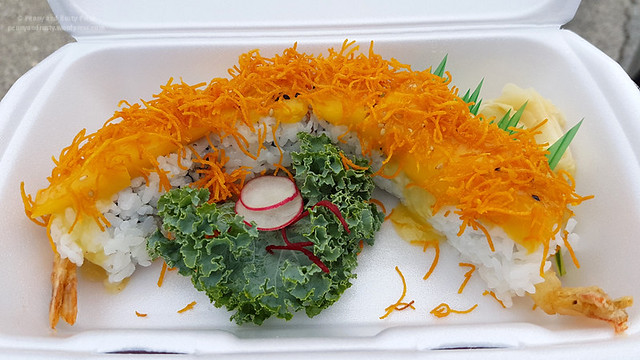 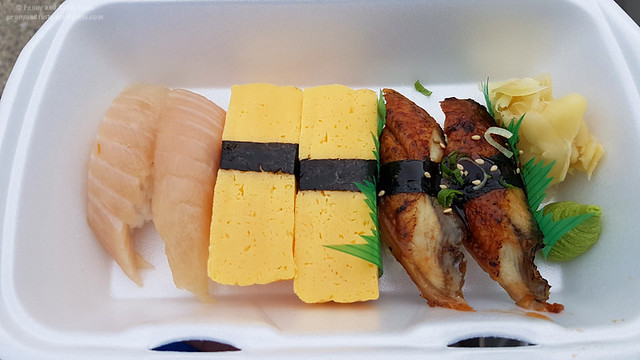 I originally ordered their Sockeye Salmon Sashimi but, while waiting outside for my order, the chef came out and told me that the sockeye salmon wasn’t very fresh so he offered to substitute a larger serving of farmed Atlantic salmon sashimi. It’s nice to know that they have standards. As it turns out, the regular farmed salmon sashimi was pretty good (same on my last visit). 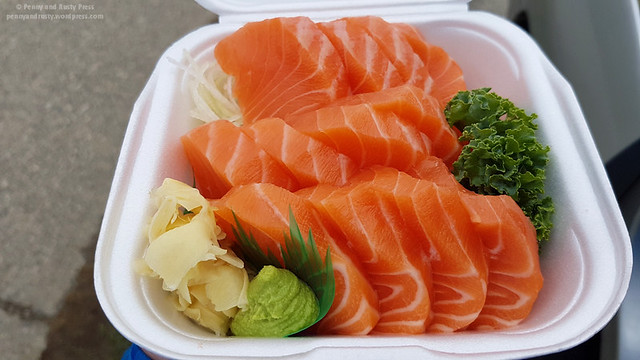 I finished off my order with some Beef Yakisoba ($8.95). Again, just like on my last visit, I felt that the portion size was a bit small but the noodles were quite nice. The beef slices seemed to be a bit oddly cut but didn’t bother me very much. 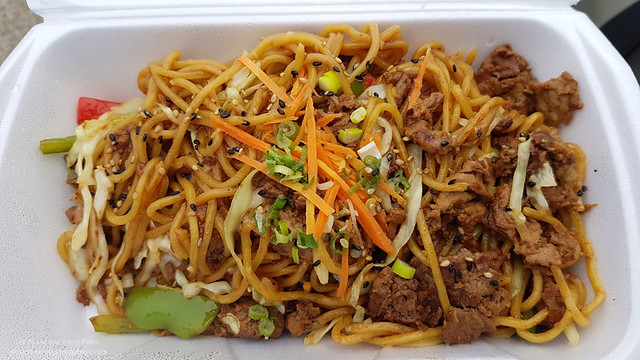 Overall, the food here is quite good and I hope they stick around long enough for me to try some of their other dishes.

← IT Char Burger: Have You Got IT?
Indian Bombay Bistro: Chicken Malai →