Pho Tan is an unassuming, old school Vietnamese joint located on Kingsway in Burnaby. This place has been around for a number of years and the years are definitely taking a toll on the location.

Set back from Kingsway to allow for a small parking lot in front, the building has seen better days. The rickety stairs that lead up to the restaurant and the large pot holes in the parking lot doesn’t help much to enhance the dining experience.

That being said, this place seemed busy on both recent occasions that I visited. Back in early May, I ordered the Pho Tai Nam Sach ($9.25) which is a large bowl of rare beef, beef brisket, tripe, and rice noodles. 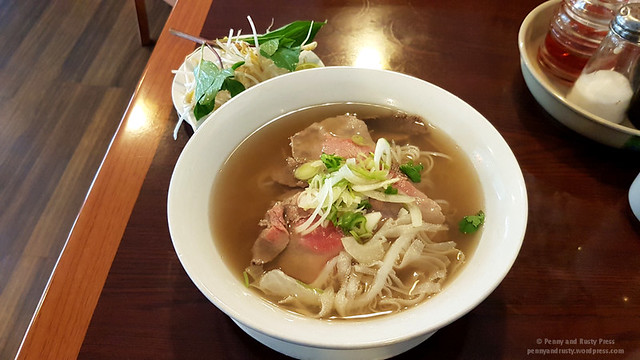 This pho was actually pretty good with a nice pinkness to the rare beef. The food was rather quick to come out but I found that my meal was punctuated with the loud ringing of the bell when someone’s order was ready. Service was fairly brief and limited (probably based on how busy they were). 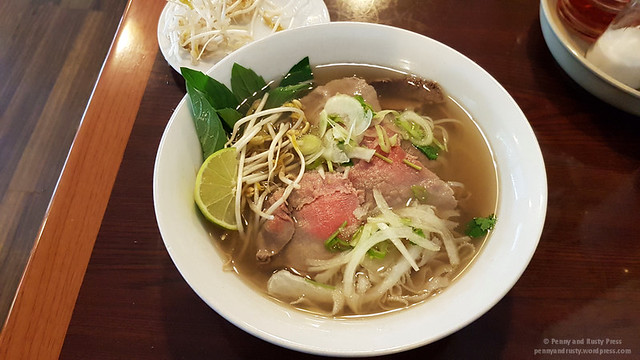 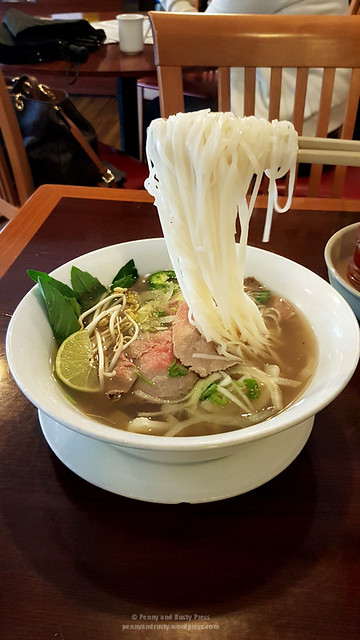 I revisited the following week and tried their Com Tam Ga, Bi, Trung ($9.50) which was broken rice with grilled chicken, shredded pork and egg. Again, the food came out rather quickly and I found that the rice was a bit dry but it was better once I added some of the sauce to it. 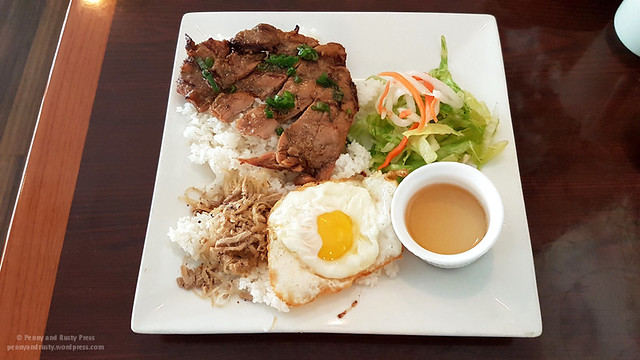 I thought that the grilled chicken lacked a char to it but the egg was fried perfectly with nice crispy edges and a runny yolk. 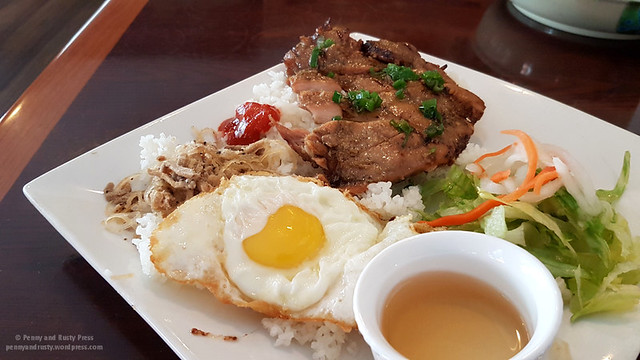 I’ve often wondered how tiny restaurants like this have stayed in business so long. As it turns out, I tried to revisit this place in early June only to find out that it has been replaced with a new Korean restaurant (stay tuned for a post on the new restaurant).