Earlier this year, a new restaurant opened up on the former grounds of Lester’s Family Amusement Centre and right next door to Szechuan Cuisine. The restaurant looks all shiny and modern with large tv screens on one wall.

Myst Asian Fusion partially resembles The One but with many other types of Asian cuisines. In fact, it’s a bit daunting to have to flip through all of the menu pages and decide on what to order. On my first visit, I wanted to try one of their drinks as there was plenty of attention drawn to them in social media. The Green Apple Slush ($5.50) was large (perhaps not as tall as the drinks at The One) and I wound up taking it to-go. It wasn’t a great drink… more of a novelty than anything else. 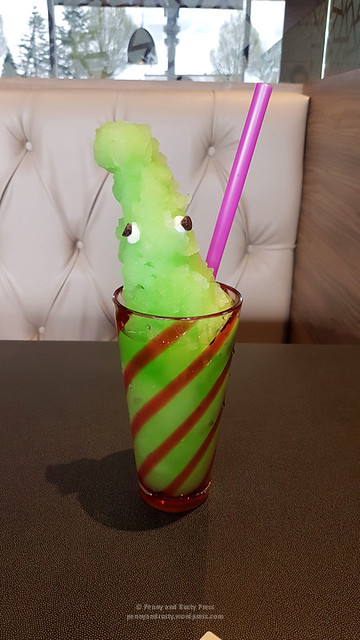 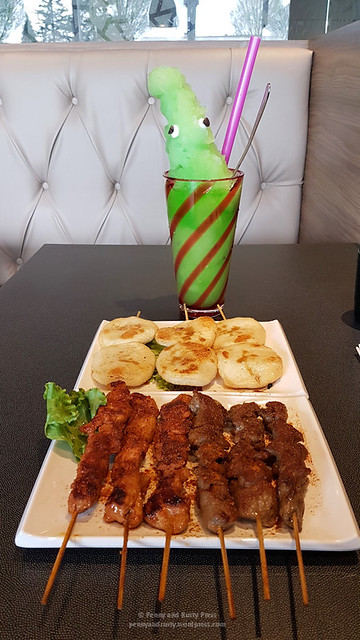 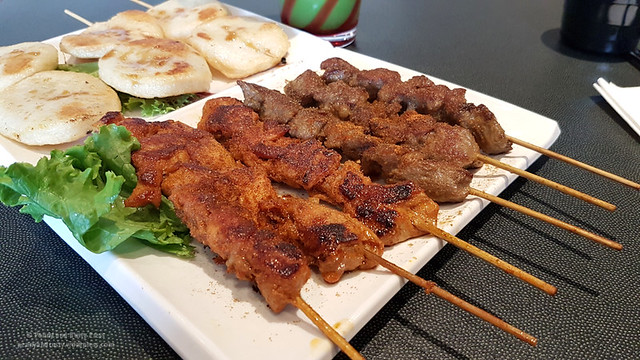 The chicken was quite good and had a nice char on the outside. I found that the fish cakes were plump with a slight crispness to the exterior. They were actually much larger fish cakes than I was expecting. 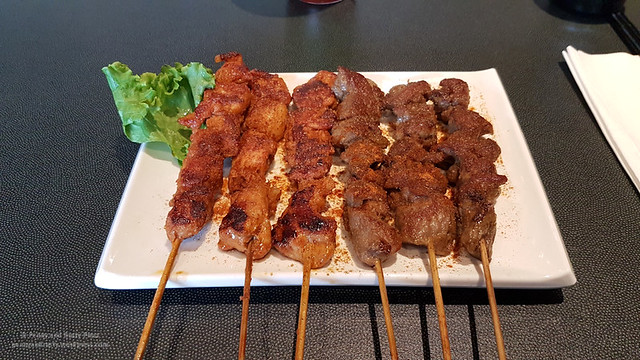 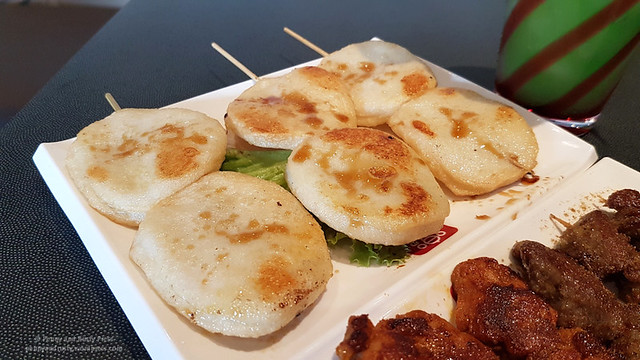 The caraway lamb was pretty good as well – the meat was not dry but had a pleasant chew with good flavour.

On my second visit, I wanted to try some of their dim sum dishes and ordered their Pan Fried Beef Pancakes ($7.50) and Steamed Pork Soup Dumplings ($7.95). 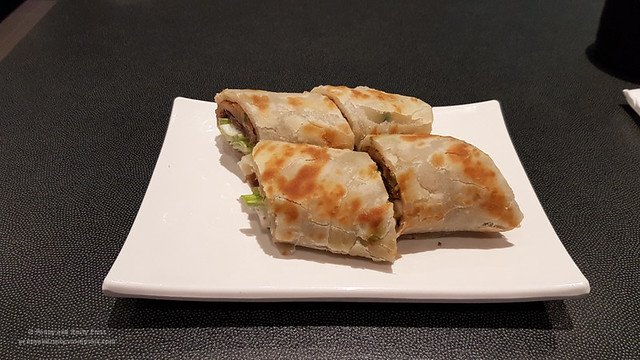 Their pancake is thick and kind of flaky with a soft chewy interior. My biggest complaint about this dish is that there wasn’t much filling to it – only one slice of meat and not much sauce which left the pancake a bit dry. I also found that the filling had way too much green onions – and this is coming from someone who likes green onions. I wound up poking most of the green onions out of the pancake and it was much better. 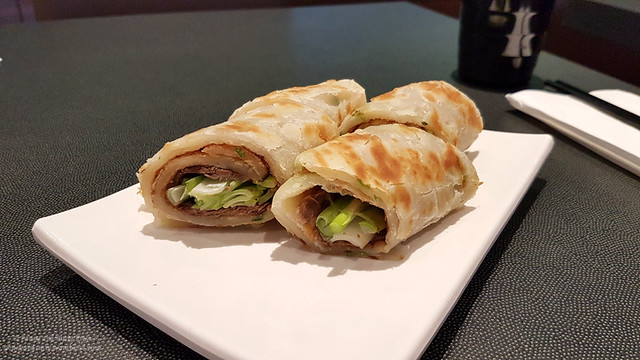 The XLB had a medium-thick wrapper with a nice give to the bite. Inside, the small, compact filling was okay but there wasn’t much soup inside. 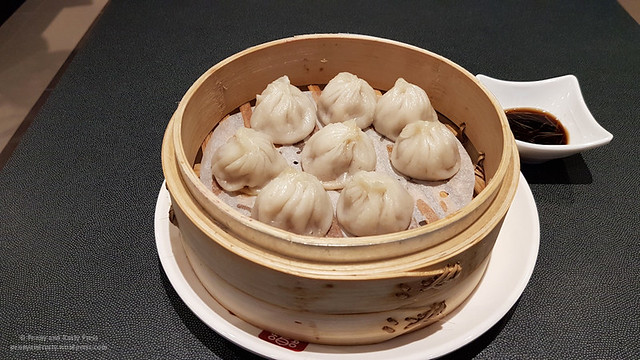 On my third visit, I tried their Chongqing Szechuan Spicy Noodle Soup ($12.25) with beef brisket, tripe, and tendon. You can customize your dish by picking the type of noodle and I opted for egg noodles. 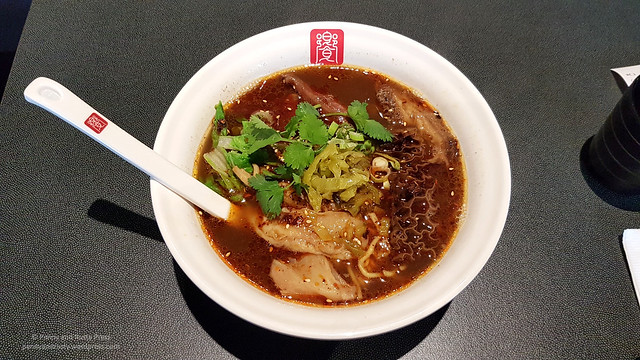 The beef brisket was thick yet tender and there were large slices of tendon along with thick-cut honeycomb tripe. Overall, I really enjoyed this spicy noodle dish. 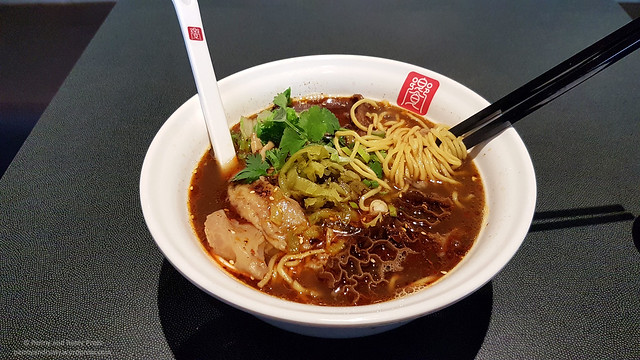 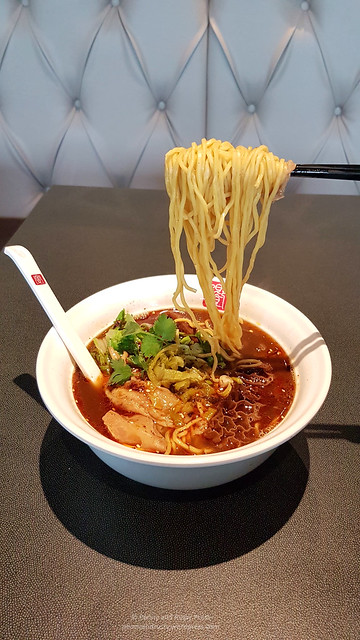 I have mixed feelings about this restaurant as they do have some good options on their menu but it’s not stellar across the board. Maybe if they tighten up their offerings and stop trying to be everything to everyone…

In addition, this place can get quite busy. It might have been because I visited when they first opened and the buzz was still around but on all of my visits, the din in the dining area was distracting. While service seemed friendly, it was also a bit slow – probably due to how busy they get.