Back in 2016, we found a fun restaurant in Chinatown called The Pig and the Lady which served up some seriously tasty Vietnamese dishes. So when we were planning our trip this year, we wanted to stop by their newest sister restaurant called Piggy Smalls.

Piggy Smalls is located in the Ward Village area of Kaka’ako (sandwiched between Ala Moana and Downtown Honolulu) and, while some menu items are similar to that which you would find at The Pig and the Lady, the menu at Piggy Smalls takes a slightly different interpretation.

We started our meal with some Waialua Soda Works drinks that are produced from the North Shore. The Lilikoi and Pineapple ($5 each) are great and you can find these local sodas at the ABC Store or Coco Cove. 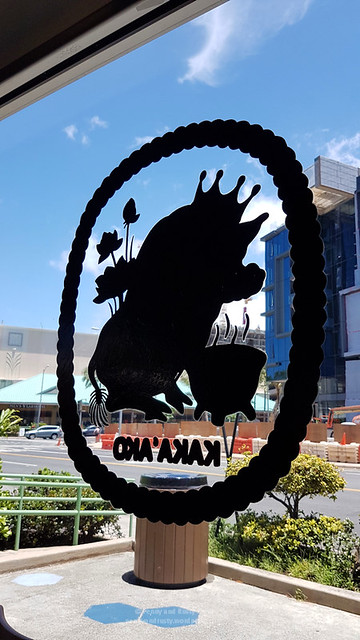 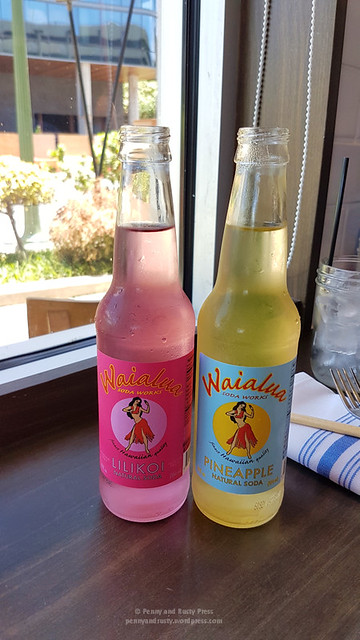 The LFC ($10) borrows the letters from the popular Laotian Fried Chicken dish served at The Pig and the Lady. While similar, these twice-cooked chicken wings have a slightly different taste than the ones at The Pig and the Lady. These wings (tips intact) have a deliciously crispy exterior and are quite meaty. They soak up the flavour from the kaffir lime, rau ram (Vietnamese coriander), and their special “money sauce”. 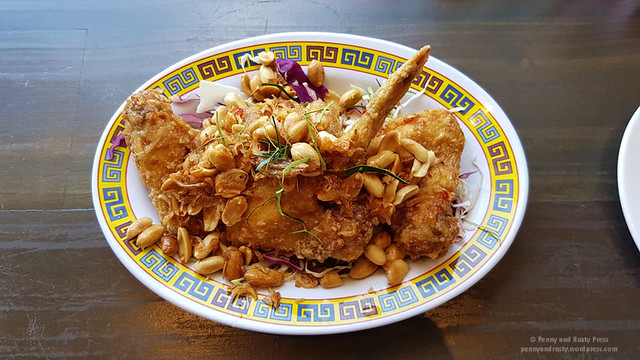 After our hearty breakfast at Cinnamon’s, we weren’t that hungry so we decided to try their Long Toast. “Long Toast” is an understatement as it was well over twice as long as the tiny dish it was served on. 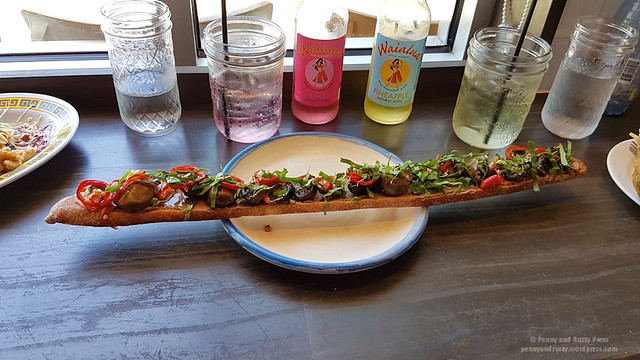 The “Chicken Adobo” ($11) is a take on the popular Filipino dish but with chicken liver pate, adobo mushrooms, marinated peppers, and culantro (a more pungent cousin to cilantro). This is served on a long piece of crusty bread that’s only 1/4 inch thick. 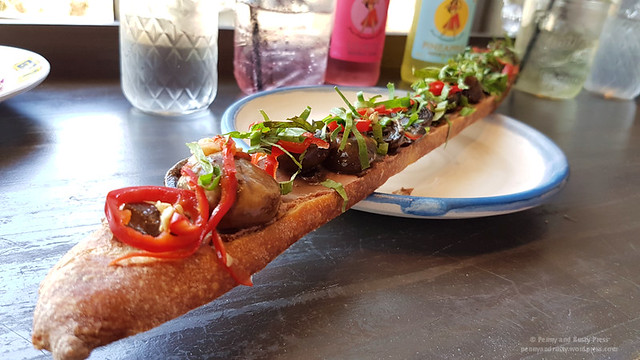 This was soooo good! The crispy and crunchy bread contrasted with the smooth pate while the marinated peppers and adobo mushrooms tingled the mouth with a slight tartness. I could eat this all day! 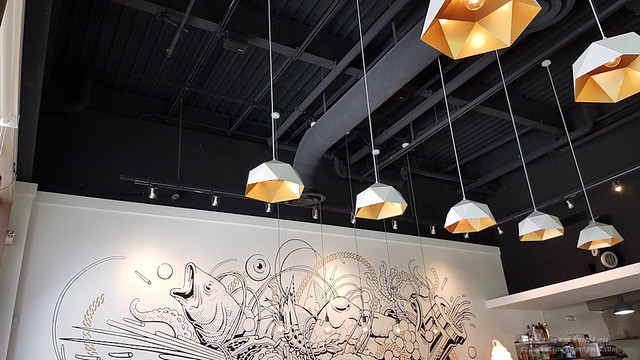 In addition to the interior dining area, they also have an outdoor seating area. And, if you’re on the lookout for special Japanese pens, the Hakubundo store is nearby.

1200 Ala Moana Blvd (at the Ward Village Shops)
Honolulu, HI