I know poke has taken a stranglehold in Vancouver but there’s really nothing the same as the poke you get in Hawaii. You can take the hipsterish poke burritos (basically sushi rolls) and poke bowls filled with more toppings than raw fish… I prefer something a bit more classic… like Ono Seafood. When planning for our recent trip to Oahu, I had heard about a place where you can get quality poke from a (wait for it) liquor store!

Tamura’s Fine Wine & Liquors has a few locations around the island but we headed over to the one in the Aikahi Shopping Plaza since we were planning on checking out the beaches on the windward coast. 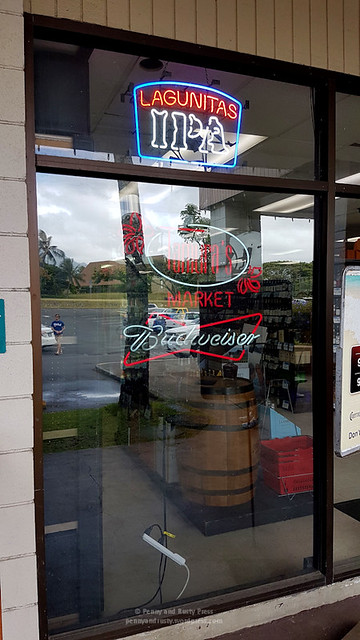 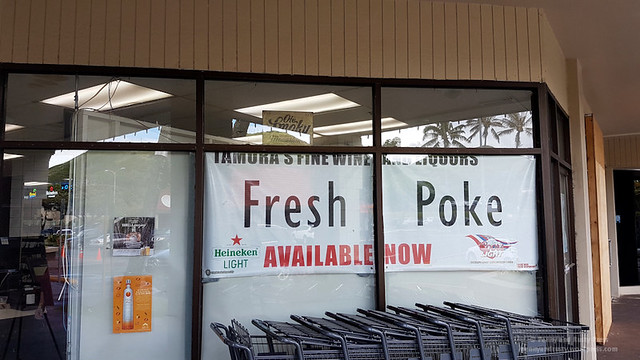 You have to head all the way to the back of the liquor store and then you’re rewarded with a large display of various poke. As expected, there’s nowhere to sit and eat inside the liquor store so you basically get it to go. Prices were $13.99/lb. 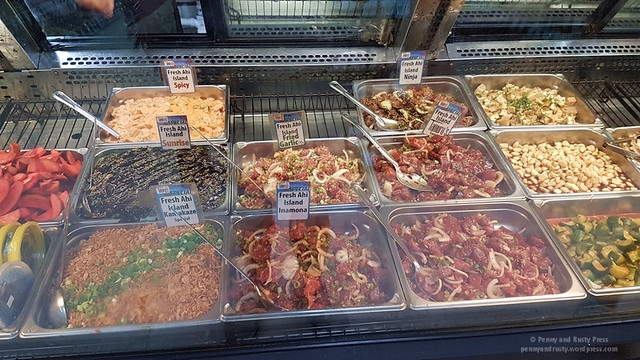 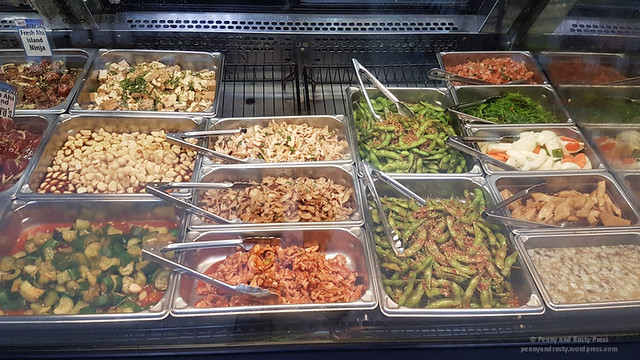 We wound up grabbing the Ninja, Tamura’s, and Kamikaze Ahi and brought it to nearby Kailua Beach Park. The Ninja was slightly spicy and topped with furikake while the Tamura’s was a basic shoyu/seseame sauce. We were a bit worried that the Kamikaze would be a bit too spicy but we found that we really enjoyed it the more we ate it. Seriously, is anything better than enjoying some great tasting poke while at the beach? 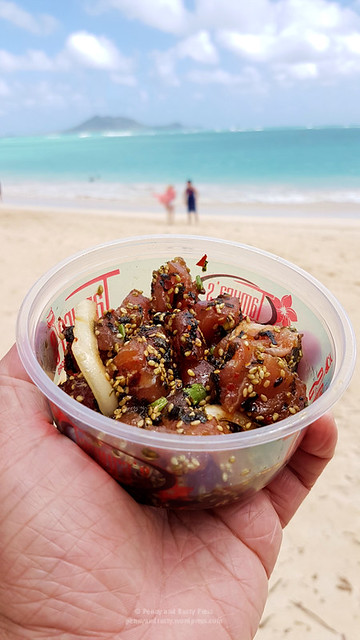 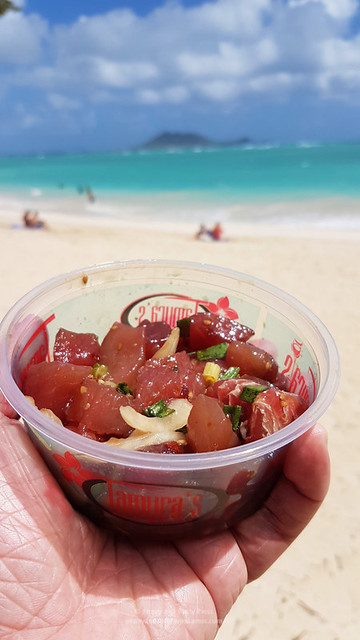 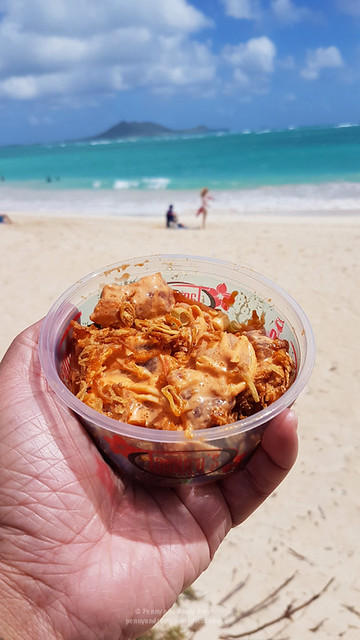 They also sold a really good mixed bag of crunchy mochi balls at the front counter so make sure you look for these before you leave.