Our road trip to the windward coast began with donuts, so it was only appropriate to end with donuts too. While we had started with Kamehameha Bakery in the morning, our return trip ended with a visit to Liliha Bakery located in the Liliha-Kapalama neighbourhood.

This particular location is open 24 hours a day from Tuesday, 6am to Sunday, 8pm (closed Mondays) and also serves up diner fare in addition to their bakery products. With a history that goes back to 1950, they know a thing or two about donuts. 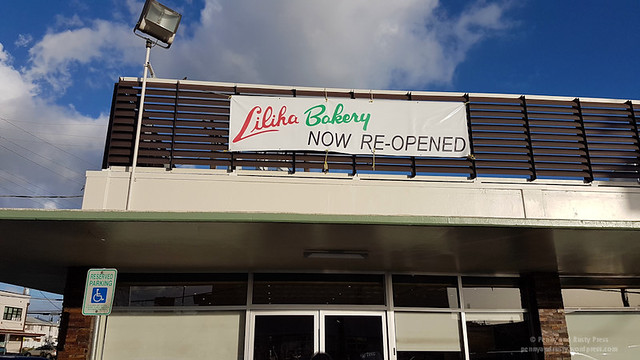 For some reason, we initially had trouble finding this place (even with GPS). As it turns out, they’re located next to the Longs Drugs on N Kuakini Street at Liliha St. This place is much bigger than Kamehameha Bakery and they have a large assortment of donuts to choose from. 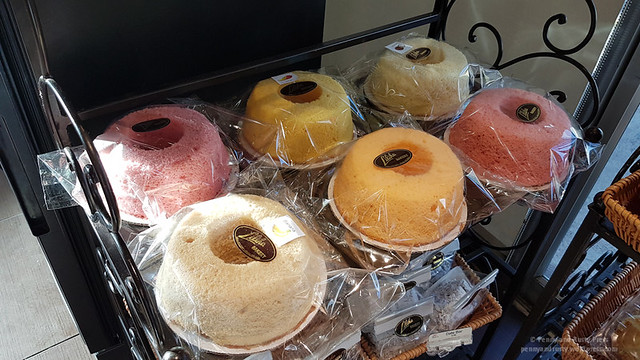 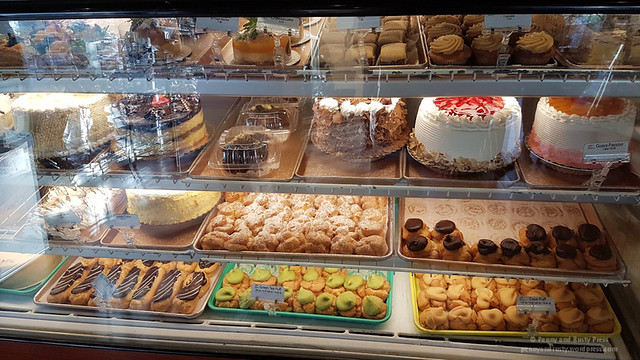 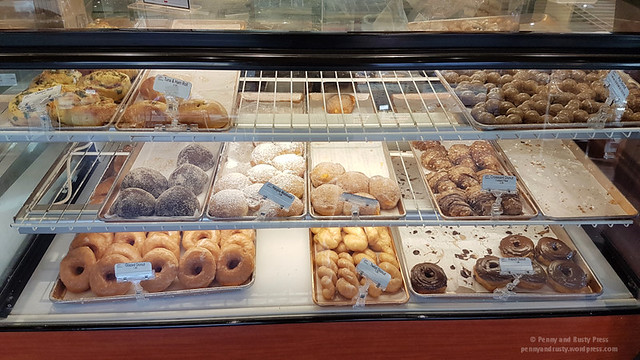 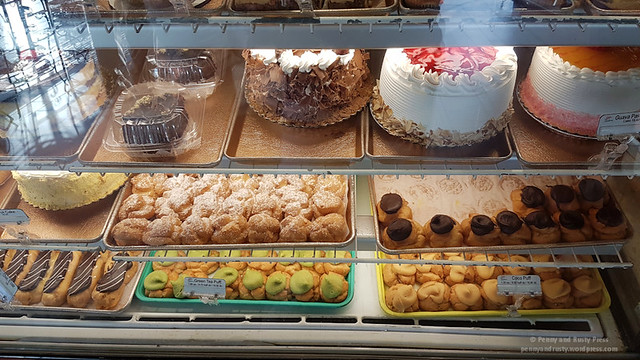 This was our stash: the chocolate-topped cream puff, green tea puff, twist donut, lilikoi malasada, croissant donut, and a poi donut. Apparently, Liliha is known for their coco puff which is a light and airy choux puff filled with chocolate cream and topped with chantilly frosting (which we didn’t wind up ordering). 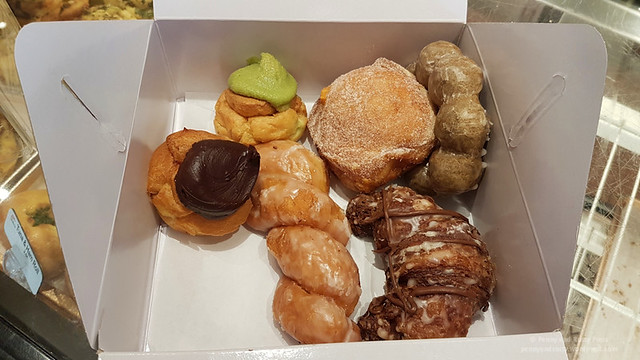 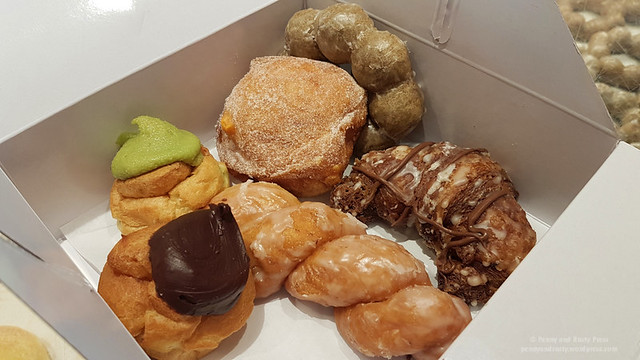 The poi donut has a nice purple colour when you bite into it and is covered in glaze while the croissant donut has chocolate drizzled over the top and custard filled inside the laminated layers. 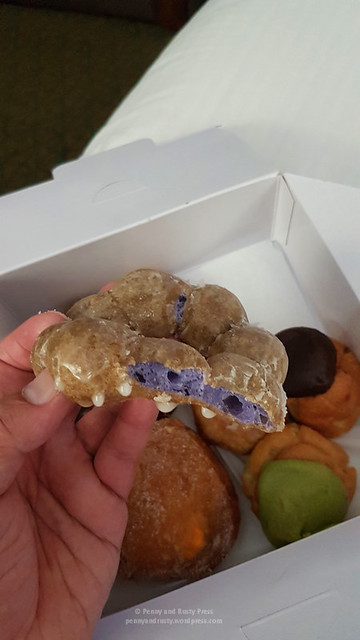 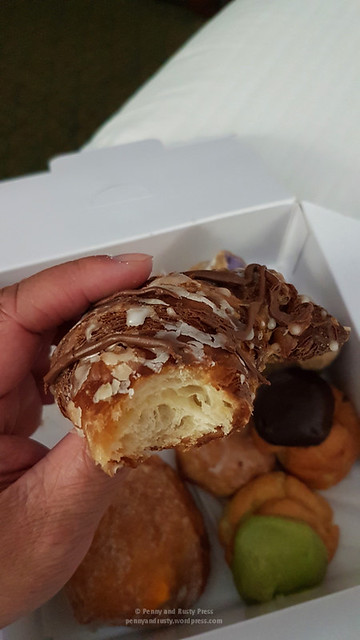 The twist donut and the lilikoi malasada (lilikoi is the common name for passion fruit in Hawaii) were just okay. 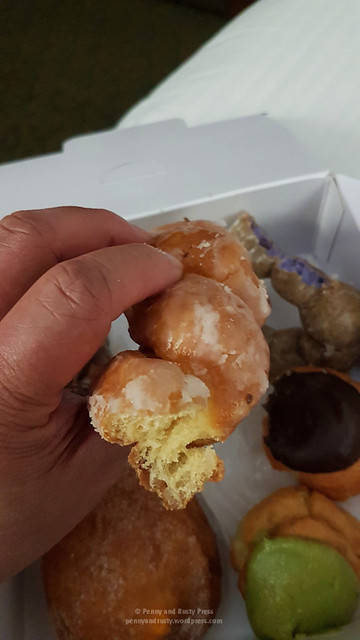 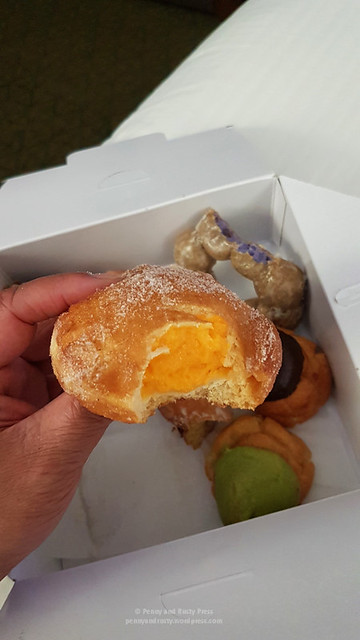 It’s the coco puffs that stole the show. These little puffs of buttery, creamyiness are crammed full of green tea and pastry cream. Looking back, I wish we got to try their chocolate-filled coco puff (apparently, they sell thousands of them every day). 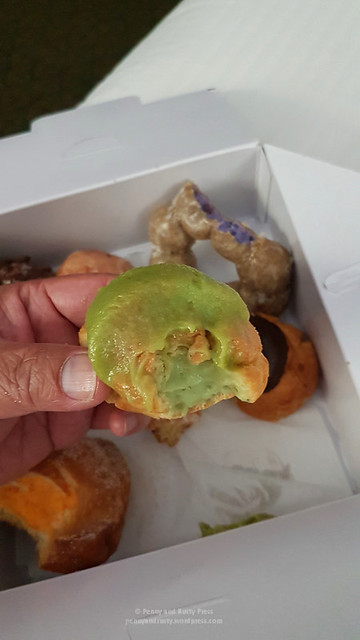 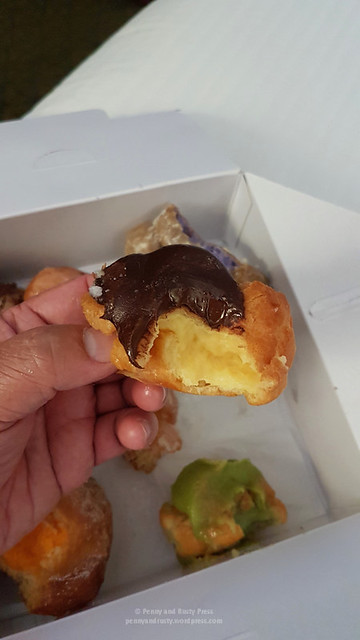 The coco puffs are usually kept refrigerated and we found that, after we returned to our hotel, they were better when eaten slightly chilled. The cream puffs just melt in your mouth. If you want to try their original chocolate-filled coco puff, make sure you don’t order the ones with a chocolate topping by mistake (they’re still good though).