The Pie Hole: One of the Best Pie Shops in Vancouver

About ten years ago, there was a tv show on air called Pushing Daisies about a man with the ability to bring back the dead… but with certain consequences. Together with his formerly-deceased childhood crush, he used his abilities to solve murder cases. The reason why I mention this is because the main character was a baker and opened a restaurant called “The Pie Hole”. Since then, I’ve had a fascination with being able to walk into a shop called “The Pie Hole” and order up a bunch of different tasty pies.

About 4-5 years ago, I first heard about a place in Vancouver that sold pies and called themselves The Pie Hole. At the time, they didn’t have a retail location and mainly sold their pies through other retailers. This put a bit of a crimp into my plans but I finally did get to try their pies and fell hard for how tasty and unique their offerings were.

Well, flash forward to 2017 and Jenell Parsons has finally opened a retail location of The Pie Hole. Located on Fraser Street (the same block as Fraser Court Seafood), you can find countless types of baked pies here… all waiting to satisfy your taste buds. One of their walls is emblazoned with a neon sign of the phrase that inspired their name… “Stuff Your Pie Hole”. 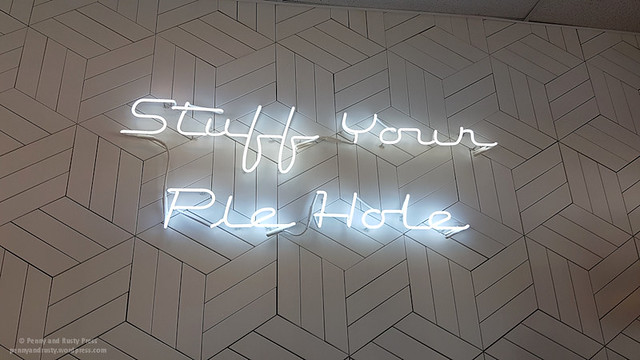 You might think that pie is a very niche dessert product but they’ve come up with some very unique pies. And if you’re not a fan of sweets, they also have savory pies. Trust me, you’ve got to try their Bacon Cheeseburger Pie… it’s to die for! 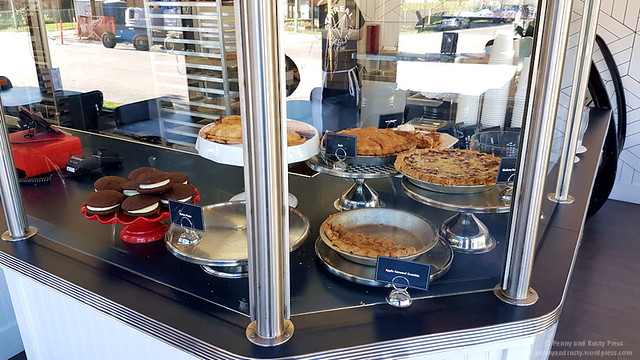 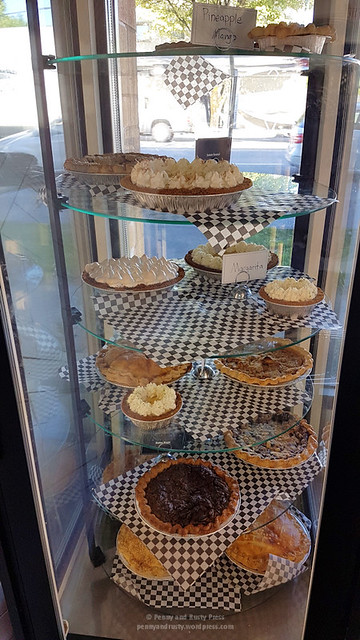 We stopped by to pick up a couple of slices of pie last month. The Key Lime is made from freshly squeezed lime and served on a honey graham crust. It’s light, creamy, and subtly tart with whipped cream on top. This is a great summertime pie. 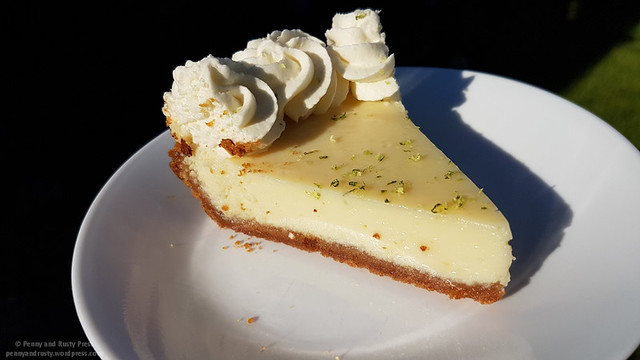 As much as I liked their Key Lime, I thought their Butter Pecan Pie was even better. The crunchy pecans mixed in with the sticky, chewy, ooey, buttery filling works in so many ways. 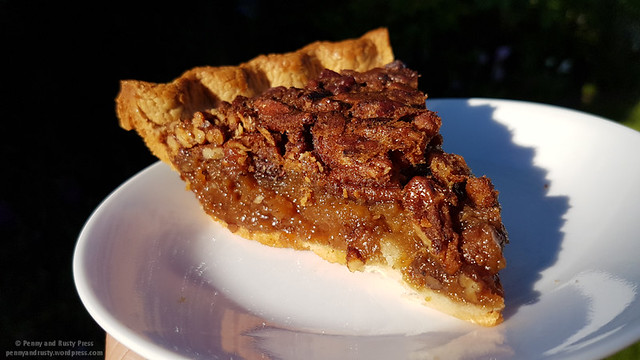 I’ve often said that The Pie Hole makes some of the best pie crusts around Vancouver.