If you’ve ever head of Ezell’s Famous Chicken (and you probably have if you watch Oprah because she once stated it was her favourite fried chicken), then you’ll know that it’s a popular chain in the Seattle area. As it turns out Ezell had a falling out with the company that he co-founded and has since changed the name of his remaining locations to Heaven Sent Fried Chicken. Wow… talk about drama!

We weren’t here for the drama… just the chicken (and maybe the mac and cheese). During a recent road trip back in June, we stopped by the Heaven Sent Fried Chicken located in a strip mall on the corner of 112 Street SE and 7th Avenue SE in Everett. The interior of this place is a bit dark and basic but there was plenty of seating available.

Since we had plans on plenty of restaurants during our road trip, we stuck with a basic order of a 2 Piece Snack combo with leg, thigh, and roll ($5.65) along with an order of Mac and Cheese ($3.50 for the small) and gravy ($0.95). We picked half spicy and I found that the chicken had a nice crunchy skin without having too much breading. This kept the meat on the inside moist and juicy. 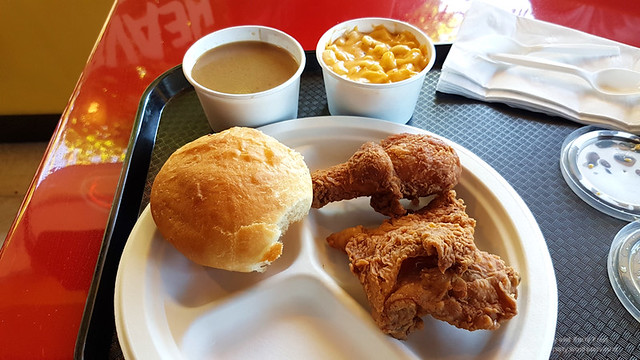 The mac and cheese was a bit spicy/peppery. It was pretty good… nothing to rave about but a nice side dish if you like creamy mac and cheese. 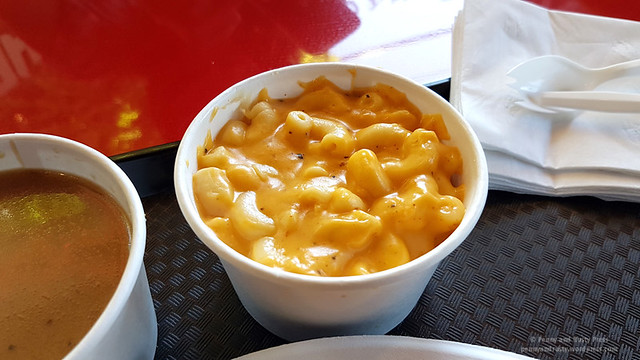 Oddly enough, the real standout on this plate was the buttery and flaky roll. I really wasn’t expecting this roll to be so good. 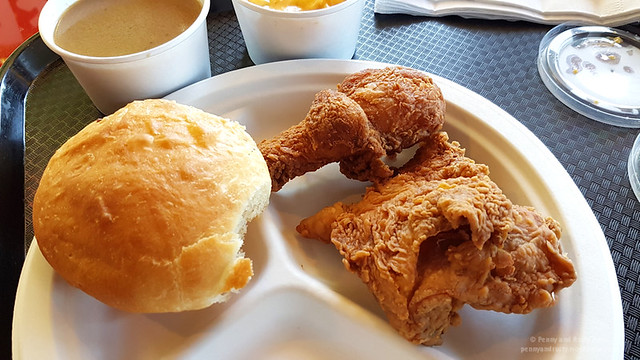 Overall, the fried chicken here is pretty solid (not as good as LA Chicken perhaps but a good rendition). Service was pretty friendly (albeit slow) and I wouldn’t mind trying out an Ezell’s Famous Chicken location to see how they compare with Heaven Sent.