I had fairly high hopes for The French Bakery during our road trip. After all… it’s all right in the name. Who could ask for anything more? Well, we actually had a tough time trying to find this place as it’s tucked inside the Elements building. And despite the address being on 112th Ave NE, it’s actually easier to find if you walk into 111th Ave NE as that leads right to the courtyard area where you can see the bakery.

They had a humongous croissant on display next to their menu… not sure if it was real or just for display though. In addition to baked products, they also have some savory items like crepes and sandwiches. Perhaps our choices weren’t the best. 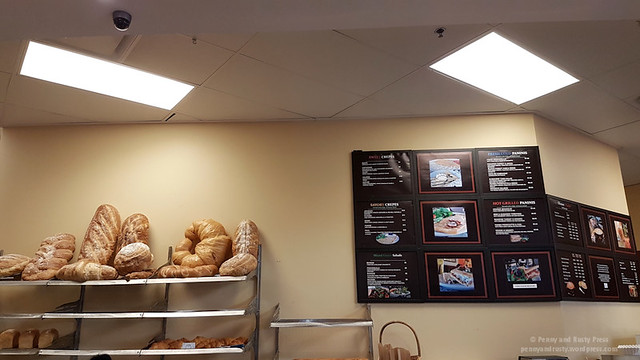 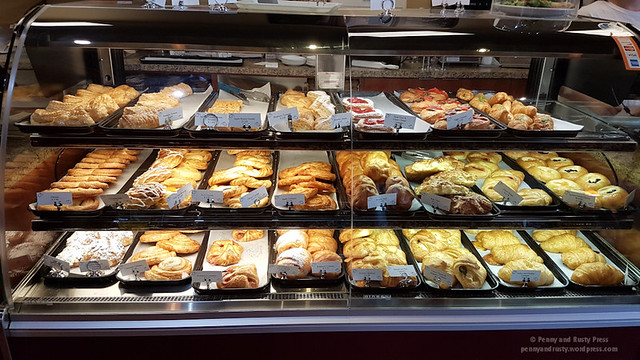 We ordered the Twice Baked Chocolate Almond Croissant as well as a Guava Pocket to go with our hot chocolate. In theory, the croissant sounded good but I found that it was too hard and the twice-baked process turned the laminated pastry into a hard chunk. 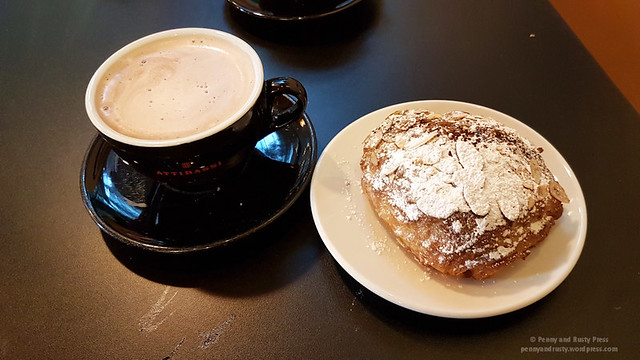 The guava pocket was better in comparison as it was a very soft pastry but it lacked any guava flavour. It was kind of like a danish in texture. 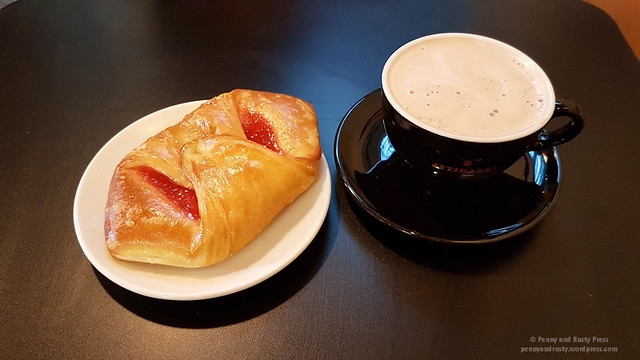 We also had the Pierre Crepe with ham, mozzarella and mushrooms. This actually wasn’t bad and had a nice, cheesy pull. Perhaps their other savory items are better. I wish we had tried their croque monsieur. 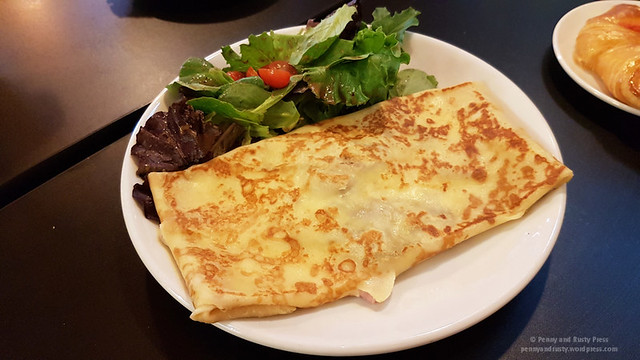